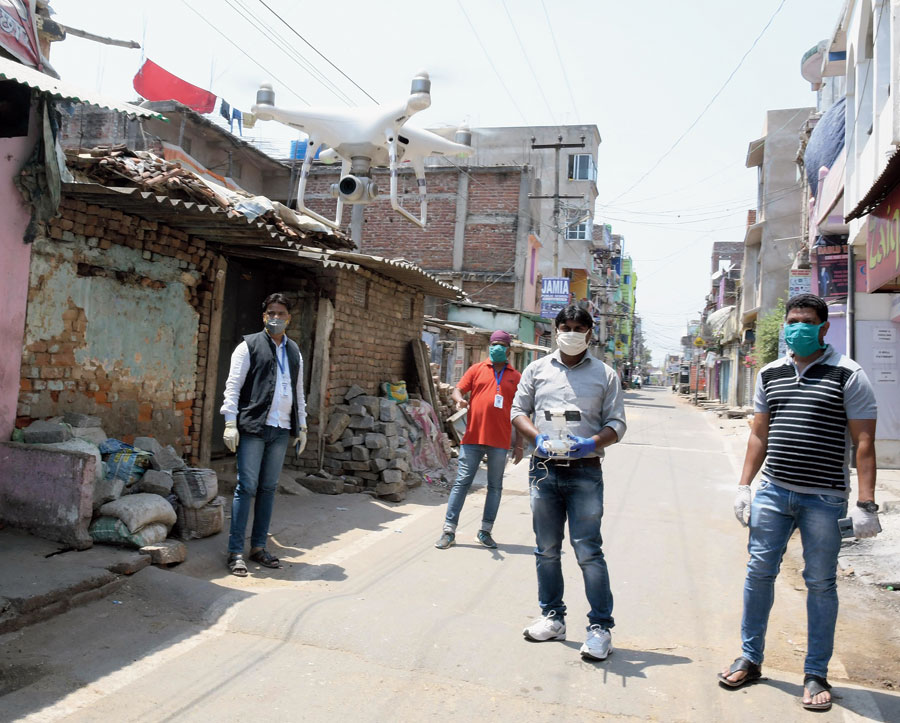 The district administration has clamped prohibitory orders under Section 144 and sealed off totally the Hindpiri locality here, where two confirmed cases of the novel coronavirus have been found.

Heavy deployment of security forces was made in the area and no one was allowed to come out of their houses.

“When the first case was detected, we started a screening drive in the area which some people opposed initially.

“Now the virus has knocked on their doors with a second case and we have no option but to strictly enforce the lockdown,” said an official of state government.

All top officials of the district administration and police including Ranchi deputy commissioner (DC) Rai Mahimapat Ray and senior superintendent of Anish Gupta were seen patrolling the locality on Tuesday.

The district administration deployed volunteers for supply of grocery items, LPG cylinders and medicines on doorsteps.

“Health check-up including screening is going on at Hindpiri since two positive cases of coronavirus were detected from this locality,” DC Ray said.

“Today (Tuesday) we have identified 30 persons who need to be kept in isolation and quarantine. Besides, swabs of 100 persons will be taken today.”

The district administration has sealed 15 roads and bylanes of Hindpiri.