Daughter stuck in Kota, dad tries to kill self

Munda was rushed to Tata Main Hospital in Jamshedpur, where he is fighting for his life 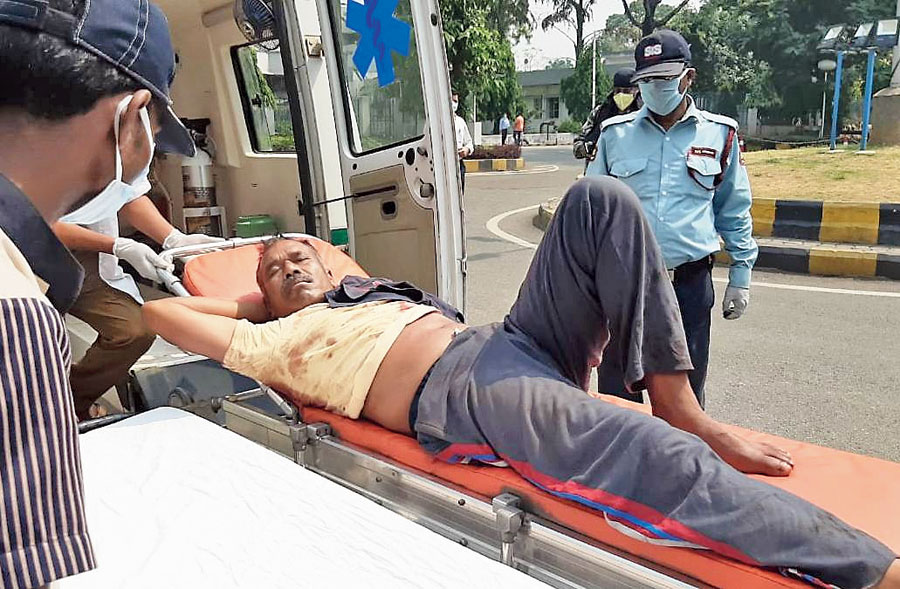 A sub-inspector of the Jharkhand Armed Police (JAP) critically injured himself with his AK-47 assault rifle at the JAP barracks on Ghurabandha police station premises in Ghatshila subdivision, 85km from here, on Saturday morning.

Like many parents, sub-inspector Puran Chandra Munda, 50, was depressed and worried that his daughter was stranded in Kota, Rajasthan, during the prolonged nationwide lockdown to contain the coronavirus outbreak. Studying at a coaching centre in Kota to prepare for her engineering entrance tests, the young girl could not come back home before the lockdown.

Munda was rushed to Tata Main Hospital in Jamshedpur, around an hour’s drive from the scene, where he is fighting for his life.

A source at the hospital told The Telegraph that Munda had pumped three bullets on his chest, and was extremely lucky that the shots went through just beside his heart.

The vital organ was not harmed. “But he is critical and is undergoing a prolonged surgery,” the source said.

At the time the story was filed at 7pm, the cop was inside the operating theatre.

East Singhbhum (rural) superintendent of police Piyush Pandey said the injured had been posted at JAP-V, Ghurabandha, and he shot at himself at the barracks around 8am.

“Munda shot at himself with from his AK 47 assault rifle. We recovered four empty cartridges from the spot.

“It appears that he shot himself from the assault rifle in burst mode. This is why four shots were fired simultaneously,” Pandey told The Telegraph.

The rural SP said that the injured sub-inspector had carried out his duties till 6am on Saturday.

He added that Munda had been very worried about his daughter stuck in Kota.

“His fellow colleagues had heard Munda talk about his daughter stranded in Kota ever since the lockdown was declared on March 24.

“Munda was disturbed and would share his feelings with his fellow officials, but no one had imagined that he would take such a drastic step,” said the senior police officer.

Pandey added that family members of many police officers, including teenage children pursuing their higher education, are stranded elsewhere just like Munda's daughter.

“We are all doing whatever is required to boost the morale of the policemen and officials who have to work for long hours while implementing the lockdown effectively,” he said.