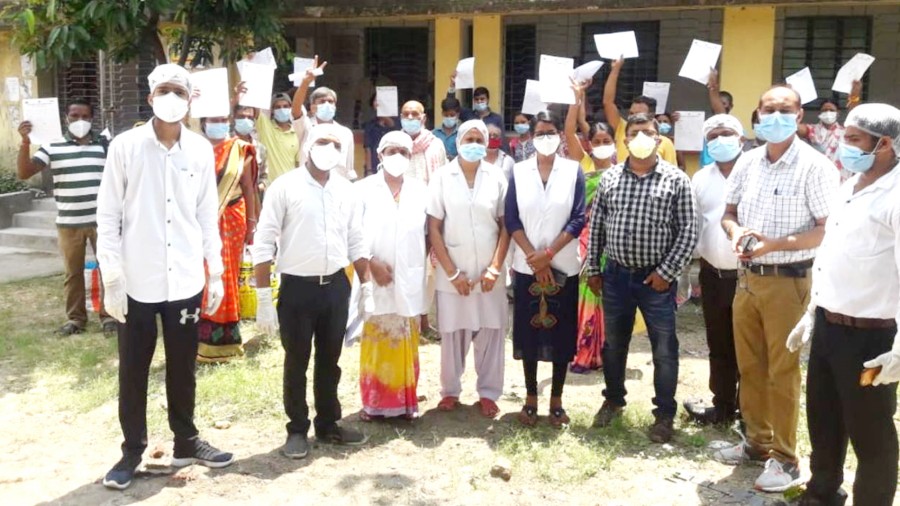 Thirty-two Covid-19 patients with doctors and nurses after their discharge from the Zonal Railway Training Institute, Bhuli, in Dhanbad on Thursday.
Gautam Dey
Our Bureau   |     |   Published 03.09.20, 11:17 PM

The Chatra district administration has begun scouting for a 20-acre plot for the construction of a medical college after a prod from the department of health. The medical college will be set up as part of a country-wide push to establish such institutions in all aspiring districts.

Chatra is considered a laggard in healthcare facilities. The Sadar hospital is often in the news for the wrong reasons. 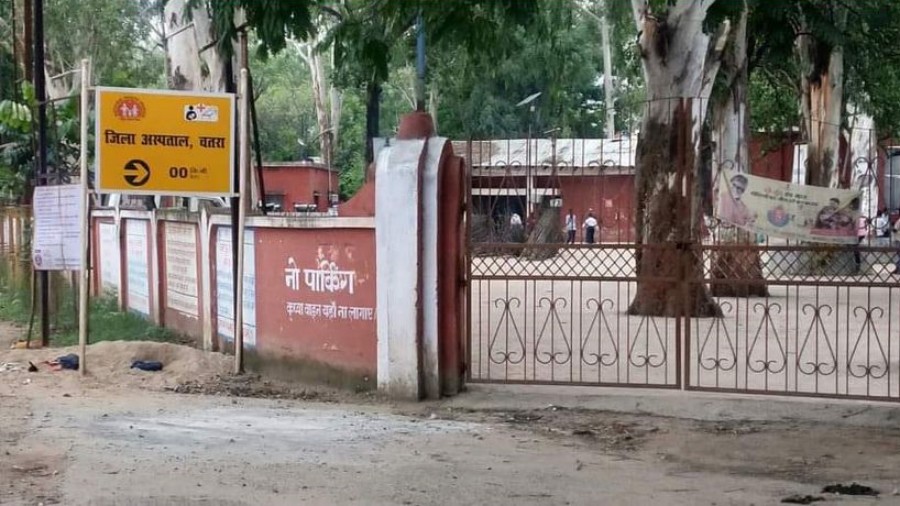 Local residents on Thursday caught two persons stealing tyres from a truck on GT Road in Kariyatpur of Barhi block, about 46km from the Hazaribagh district headquarters. Suraj Kumar and Nitesh Kumar Yadav are both residents of Kenduwa village in Barkatha block. A pick-up van and stolen tyres, besides two smartphones, have been found. 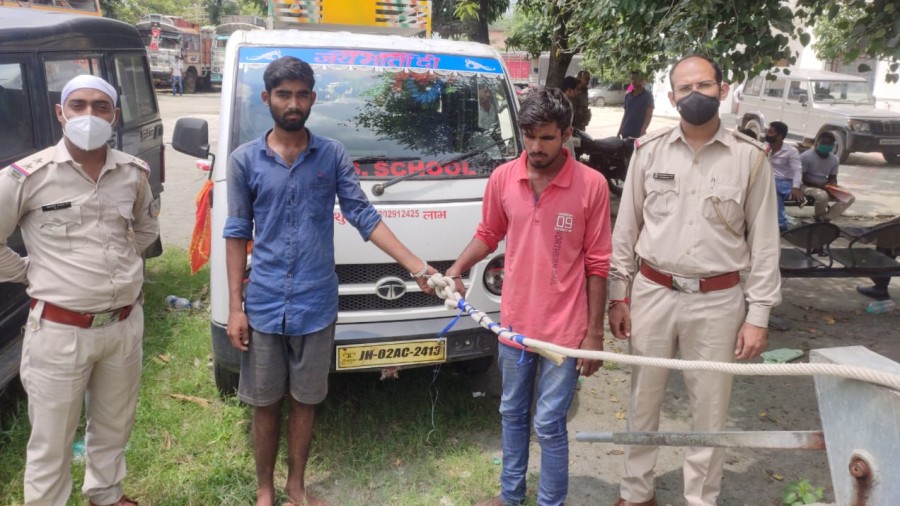 A woman allegedly committed suicide in Chothai Kulhi locality in the Jharia police station area on Thursday. Malti Devi, 34, was upset because a housemaid had not returned her jewellery worth Rs 3 lakh she had taken for a wedding, according to the suicide note. Police have lodged a case and sent the body for post-mortem.