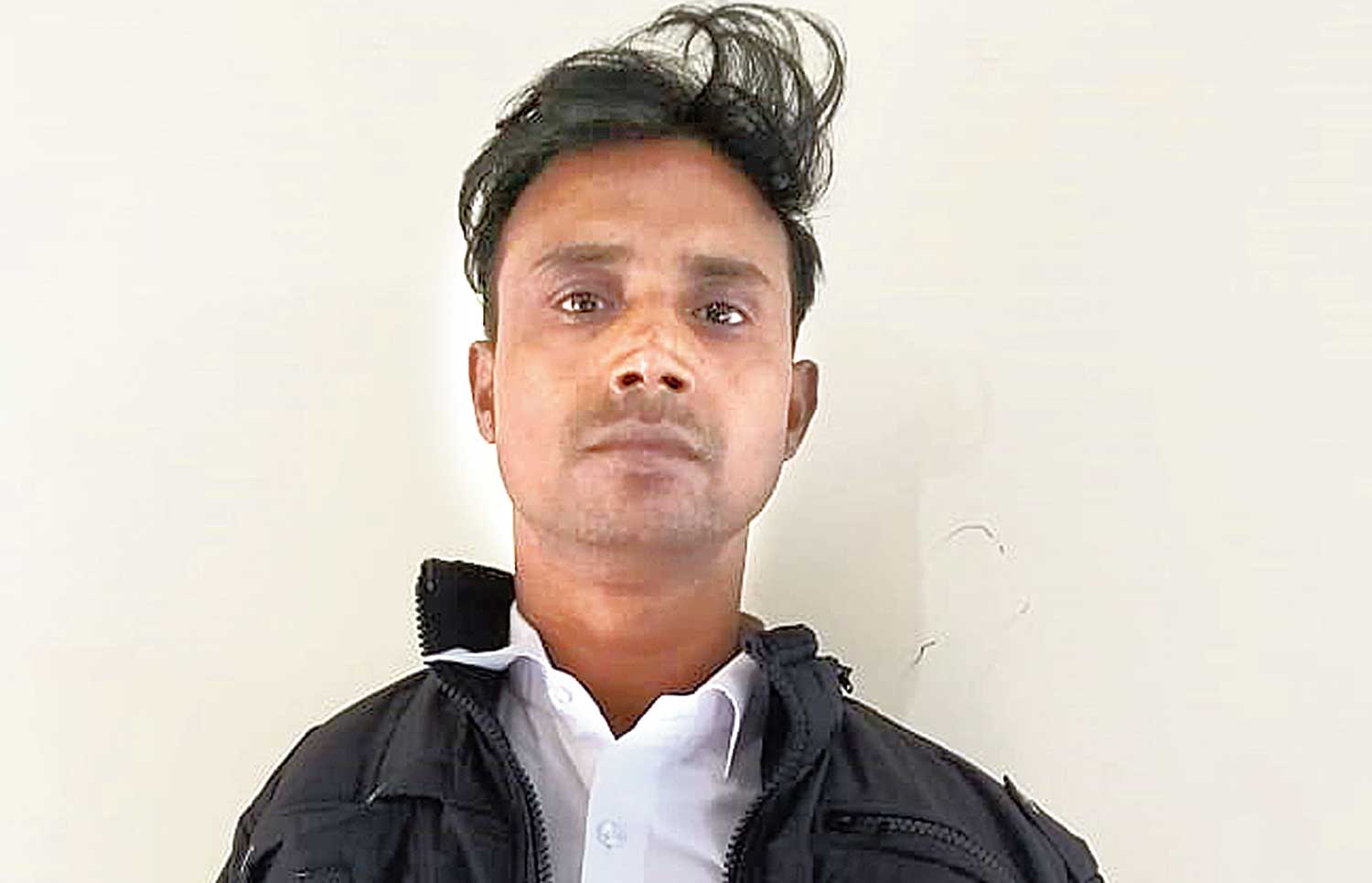 A 34-year-old man was arrested from the capital on Saturday night for allegedly sending extortion emails to two senior Central Coalfields (CCL) officials on November 20.

Baijnath Ganjhu, son of a CCL employee posted in Giddi, Hazaribagh, used the ID singhindra44137@gmail.com to demand Rs 5 lakh from the PSU’s chairman-cum-managing director Gopal Singh and director (finance) D.K. Ghosh, failing which he threatened them with dire consequences.

Cyber police traced the IP address of the computer used to send the emails. It led them to a cyber café at Patel Chowk in Hatia, 10km from the city. Ganjhu, a native of Hazaribagh district, was arrested with the help of Ranchi police from his rented house in HEC Township in the capital around 9.30pm.

Police recovered two mobile phones from him that had screenshots of the threat emails stored in them. During interrogation, Ganjhu reportedly confessed to his involvement in the extortion bid and also conceded that he had hacked into the email of one Inder Singh.

The accused has been booked under Sections 385 (putting a person in fear of injury in order to commit extortion) and 506 (criminal intimidation) of the IPC and Section 66 of the IT Act. If proven guilty, he will have to serve a jail term of up to three years.

Cyber cell officers said Ganjhu was a seasoned fraud. He had swindled eight unemployed youths of Ranchi and elsewhere out of Rs 2 lakh on the pretext of finding them government jobs.

“Inder Singh is one of his victims. The youth had shared his email ID and, perhaps password too, with Ganjhu in the hope of getting a plum job since the father of the accused is a CCL employee,” a cyber cell officer said.

When Singh started mounting pressure on Ganjhu for the promised job, the latter decided to teach him a lesson. “The smart plan was to pocket Rs 5 lakh while Singh went to jail for the extortion,” the officer added.

Ganjhu was produced before a judicial magistrate on Sunday afternoon and forwarded to Birsa Munda Central Jail in Hotwar for 14 days.