Ranchi girl, Bokaro boy top with 99 per cent, many students get above 90 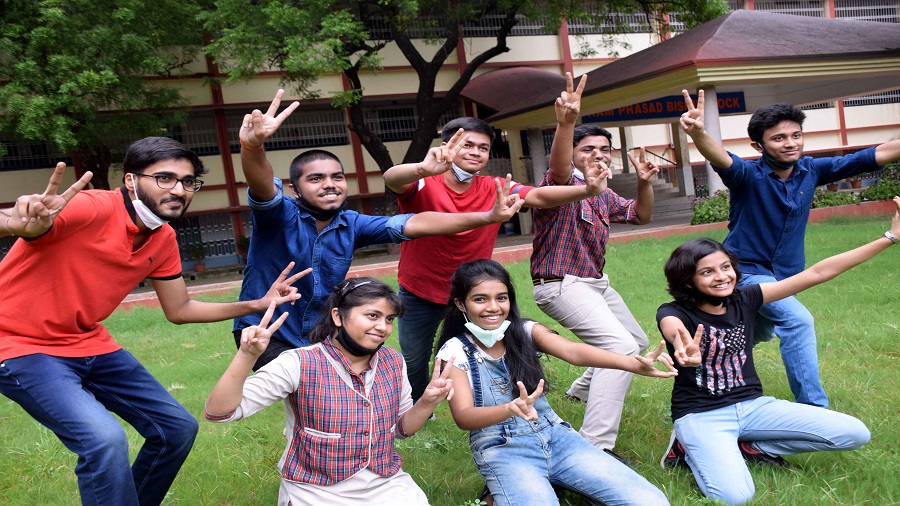 CBSE declared its class X results on Wednesday with the Jharkhand region notching up a pass percentage of 90.64, a little less than the national figure of 91.46 per cent.

“The results have been satisfactory with many students scoring above 90 per cent,” said Jamshedpur CBSE city coordinator Pragya Singh, the principal of DAV Public School, Bistupur.

Although the board did not release a merit list, schools tabulated students’ scores and released names of toppers. As per CBSE rules, the five core subjects were considered while calculating the overall percentage.

Students from Ranchi, Dhanbad, and Jamshedpur performed equally well. According to information available till Wednesday evening, 99 per cent seemed to be the highest overall score.

Harsha Priyam from JVM Shyamali-Ranchi and Harsh Rai from Delhi Public School-Bokaro both got an overall score of 99 per cent.

Harsha Priyam scored 99 in maths, science and Sanskrit, 98 in English and 100 in social studies.“The credit goes to my supportive teachers and principal. I didn’t follow any particular pattern. I ensured my daily targets were met,” said Harsha who also loves playing guitar and aims to crack UPSC exams. Her father, Ravi Shankar, works with the income tax department and her mother, Usha, is a homemaker.

Harsh Rai scored 100 in Sanskrit, 98 in English and 99 each in maths, social studies and science. He aims to crack JEE Advanced and become a software engineer.

A large number of students in Jharkhand scored 98 per cent. Principals say that the results were exceptionally good and were a source of sheer joy amidst the pandemic.

Post-results counselling is provided to help students and parents address common psychological issues and general queries related to exam results. The centralized toll-free access number, 1800 11 8004, dialled from any part of the country will give have both IVRS and live tele counselling option.

CBSE class X Board Examinations were scheduled to be conducted from February 15 to March 20 but due to the Covid-19 pandemic, CBSE was forced to cancel all papers scheduled from March 19.

The board computed marks based on the orders of the Supreme Court that approved assessment based on a number of criteria.

Students who had appeared in more than three subjects, the average of the marks obtained in the best three performing subjects were awarded in the remaining papers. CBSE has also decided to replace the term “fail” by “essential repeat” for students who couldn’t clear their papers.