Behind the scenes with Mirzapur cast and crew at XLRI fest

Session attended by 227 participants; comedians, other personalities address event too 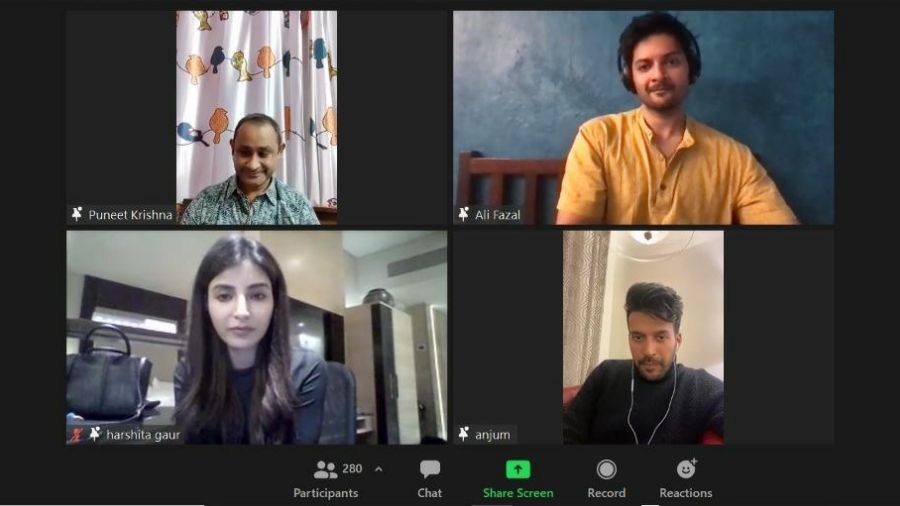 During the panel discussion attended by 227 participants, Krishna, who is an XLRI alumnus, talked about the idea behind Mirzapur.

"I belong to Jaunpur where such incidents were common. Students waive weapons during college elections and violence is rampant. So this was nothing new to me. I wanted to make a film on the story but I guess thankfully it didn't happen otherwise the web series and its success wouldn't have happened," said Krishna, who is a 2000-2002 batch alumnus and was also the secretary of the Marketing Association of XLRI (Maxi).

"Seeing all this doesn't mean that I had a dark childhood," he added.

Krishna shared his story of taking a leap from the corporate sector to the creative world with prior permission from his family.

Talking about the character of Guddu Pandit and how he adapted the local dialect, Ali Fazal owed the perfection to Krishna.

"Dialect changes at every 100 km in India and it's important. For example, the word 'Bhaukaal' is different in Varanasi and in Mirzapur. It is just a sound but it means a lot. We took sessions from the writer himself and were found more with him than the director working on the dialogues," he said.

Harshita and Anjum spoke about their acting journey and the challenges that lie behind the camera. The hour-long session engaged the participation in fun conversations subtly delving into the depths of acting, production and character development.

The day also witnessed a session with journalist Rajat Sharma who spoke about his journey of being a known face and how he started the hit show 'Aap Ki Adalat'.

It came to an end with the audience laughing their hearts out to the witty humour of Rahul Subramanian, the maker of comic solo 'Kal Mai Udega' and one of the top ten finalists of Comicstaan, Sejal Bhat.