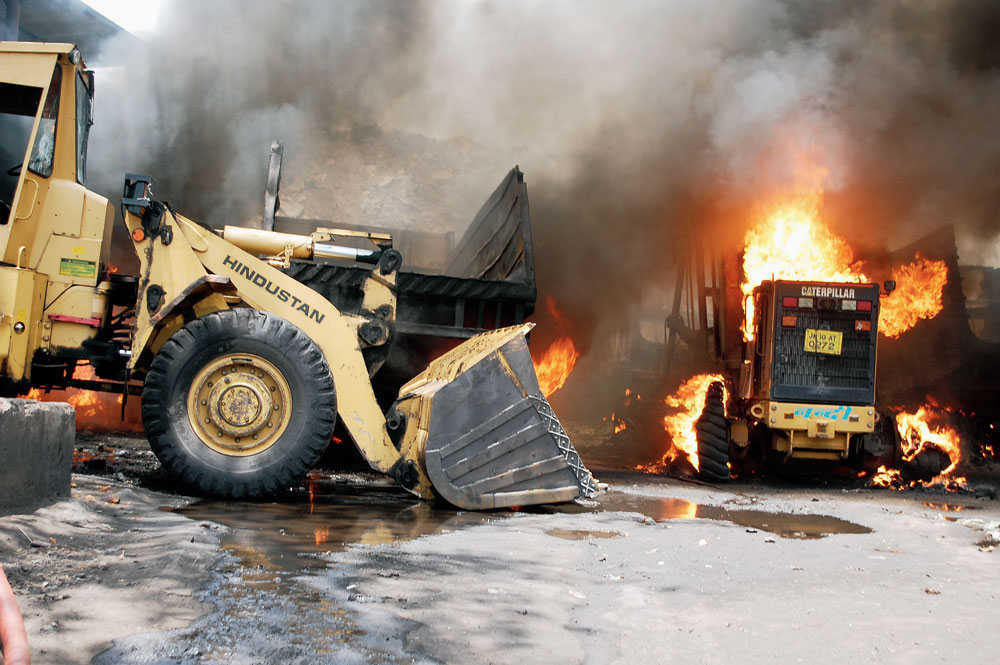 A man was shot at and a dozen trucks were set ablaze when a clash over pollution broke out at a coal excavation site of BCCL’s Bhowra colliery here on Monday morning.

Over 300 Bhowra residents protested the excessive coal dust at the excavation site which led to a heated argument with musclemen of the BCCL-outsourced firm AT Dev Prabha (JV). Allegedly, the musclemen opened fire, in which one Sanjit Kumar Sharma, a 40-year-old carpenter, got a bullet on his back.

Angered, residents pelted stones and burnt more than a dozen vehicles, including 12 tipper trucks, an excavator and a bike of the outsourced company. Sindri DSP Pramod Keshri’s vehicle was also damaged in the stone pelting.

The district administration and police led by SDO Raj Maheswaram, rural SP Aman Kumar and Sindri DSP Keshri had a tough time restoring calm. By evening, two persons allegedly involved in arson were detained for questioning but no muscleman who allegedly opened fire had been named.

Section 144 of the IPC has been imposed on the area.

DC Anjaneyulu Dodde said a probe had been ordered under a magistrate’s supervision. SSP Kishore Kaushal said raids were on. Rural SP Aman Kumar said separate FIRs would be filed against those who opened fire and those who burnt colliery vehicles.

A resident said they just wanted the outsourced firm to sprinkle water to stop coal dust from billowing, but no one listened to them. “We can’t breathe but they want us to keep quiet.”