Advertisement
Home / Jharkhand / Alliance to bat all out for Kirti Azad

Alliance to bat all out for Kirti Azad

The cricketer-turned-politician joined the Congress in February 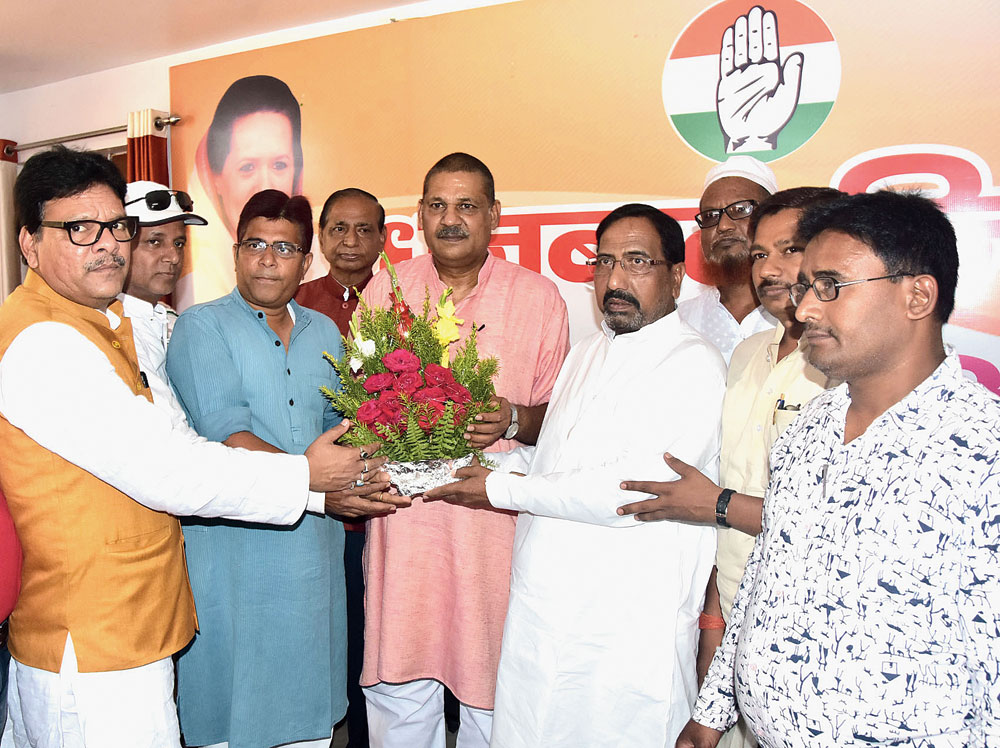 Kirti Azad (centre) being felicitated during the grand alliance meeting in Dhanbad on Tuesday.
Picture by Gautam Dey
Our Correspondent   |   Dhanbad   |   Published 16.04.19, 06:49 PM

A meeting of the grand alliance members comprising the Congress, JMM, JVM and the RJD was held here on Tuesday to discuss the strategy for joint campaigning at the booth and panchayat levels across the district.

Talking to reporters after the meeting, Azad said, “I will be filing my nomination on April 20 during which the senior leaders of the grand alliance will be present since we have sought the names of proposers and supporters from them.”

When asked who will participate in the campaigning from his party, Azad said, “Senior leaders like Congress president Rahul Gandhi, Priyanka Gandhi, former cricketer Navjot Singh Sidhu and Shatrughan Sinha will come to coal town. Senior leaders of the alliance including JVM chief Babulal Marandi and JMM executive president Hemant Soren are also expected to be present.”

When asked about Siddharth Gautam, alias Manish Singh, the younger brother of jailed Jharia MLA Sanjeev Singh adamant on contesting elections from Dhanbad seat, Azad said, “It is the constitutional right of Gautam to contest elections, but the grand alliance is standing firm behind me to ensure victory.”

When asked about the meeting, Azad said, “Though it was primarily an introductory meeting, we discussed all sorts of issues related to coordination. We resolved to unitedly fight the election in order to save the nation and the state from constitutional crisis-like situation under NDA rule.”

JMM district president Ramesh Tuddu said, “We have resolved to ensure the victory of the Congress candidate from Dhanbad by establishing coordination at the panchayat and booth levels among workers of different constituents of the grand alliance.”

“A strong sense of anti-incumbency is prevailing all over the country against the NDA rule due to false promises made by the Modi government,” he added.

“We have also proposed to launch a new office of the Grand Alliance here regular meetings can be held to ensure better coordination among all the constituents. All the partners agreed to the plan and a office is being searched near Bekar Bandh area,” said Singh.

RJD district president Awdhesh Yadav said, “We also decided to make our alliance stronger by constituting booth and panchayat levels committees and carry out joint campaigning after the filing of nomination by Azad on April 20.”

Azad, a former BJP MP from Darbhanga in Bihar, had to shift out after the seat was given to the RJD as part of the seat sharing arrangement for the alliance in the state.

The cricketer-turned-politician, who was suspended by the ruling BJP for anti-party activities, had joined the Congress in February.