Advertisement
Home / India / Xavier’s past catches up with Aaditya

Xavier’s past catches up with Aaditya

Anti-Sena remarks in the book, Such A Long Journey, had angered the party cadre and copies had been burnt in public till the novel was dropped from the course 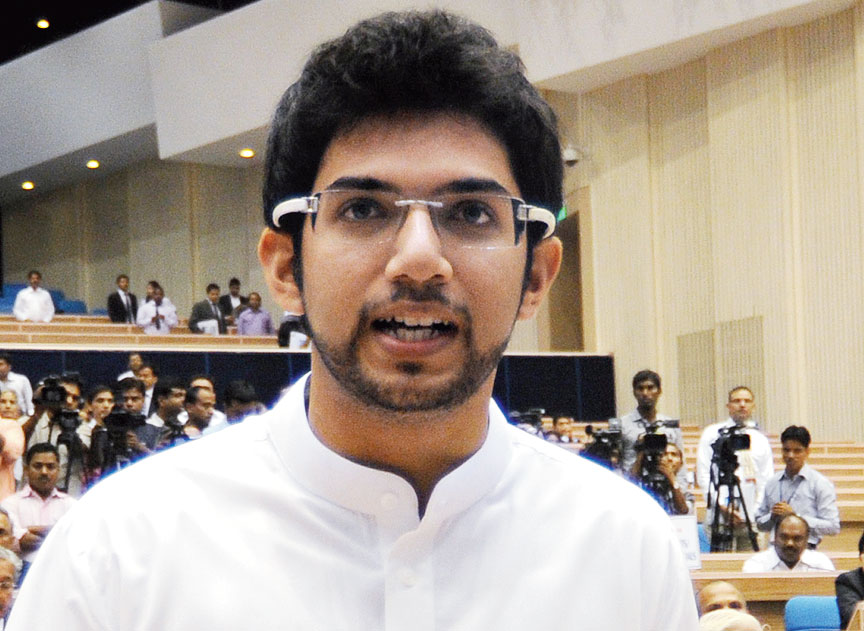 Dozens of former students of St. Xavier’s College, Mumbai, have written an open letter to the principal protesting the decision to include Shiv Sena heir apparent Aaditya Thackeray in a panel of notable alumni members ahead of the institute’s 150th anniversary celebrations.

The alumni reminded the institute that eight years back Aaditya, then a final-year student of history, had led a campaign to get Rohinton Mistry’s novel Such A Long Journey dropped from the Mumbai University syllabus.

Anti-Sena remarks in the book had angered the party cadre and copies had been burnt in public till the novel was dropped from the second-year course.

The 80 students who signed the letter to current principal Rajendra Shinde said Thackeray’s inclusion in the panel was “antithetical” to the values the institute stood for.

“His presence is antithetical to the principles and values espoused by St. Xavier’s College. Having to point this out is in itself a cause for concern, since Thackeray’s most notable achievement as a student of the college was an act that was openly condemned by former Principal Frazer Mascarenhas,” said the open letter issued on Wednesday.

“Eight years later, Thackeray’s inclusion in the list of notable alumni who will launch the 150 year celebration of the institution is an unfortunate reflection of the ethical standing and moral integrity of St. Xavier’s today,” the letter, made public on Thursday, said.

“In enabling him, you are sending out a message that literary freedom and critical thought stand no chance against political pressure tactics. This amnesiac attitude towards principles deemed important to our institute is foolish at best and outright dangerous at worst.”

Aaditya, son of Sena chief Uddhav Thackeray, was not available for comment.

The alumni members also reminded the college authorities what Mascarenhas, who was the principal in 2010, had said.

“It is inconceivable,” the principal had written, “that in the 21st century, a political party will not show the maturity to accept criticism…. St. Xavier’s College regrets that this book, written by an alumnus, and widely acclaimed in the literary world, has been treated in this manner.”

Mistry too had spoken out while copies of his novel, shortlisted for the Man Booker Prize, were being burnt on the streets of the city where he was born.

“Twenty years old, in the final year of a BA in history, at my own Alma Mater, the beneficiary of a good education, he is about to embark down the Sena’s well-trodden path, to appeal, like those before him, to all that is worst in human nature,” he had written in 2010, according to the letter.

On Thursday, Aaditya and the other panellists addressed a media conference where they unveiled plans for the sesquicentennial celebrations beginning on December 29.

Later in the evening, the college issued a statement saying the institute believed in diversity and giving space to every voice.

“All of them may have different ideologies but Xavier’s has always been open to diversity. Xavier’s stands for inclusion of all viewpoints and perspectives. You may agree to disagree with a certain viewpoint but everyone should be given a voice,” the statement said.