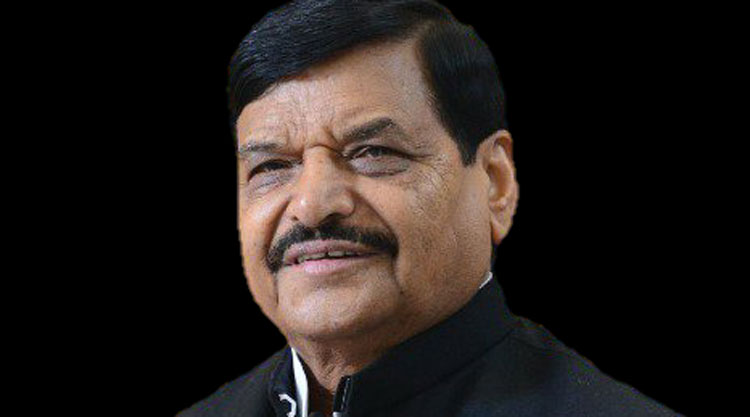 However, Om Prakash Rajbhar, a key leader of the Opposition alliance, sought to downplay the issue. "There are "some issues" within their family and he is making all efforts to ensure that they remain together, Rajbhar said.

Pragatisheel Samajwadi Party (Lohia) spokesperson Deepak Mishra told PTI that party workers on Thursday discussed the changing political scene with their leader and told Shivpal Yadav that they will back whatever decision he takes. "Shivpal Yadav assured partymen that they will be taken into confidence before taking any decision, which will keep the legacy of (Ram Manohar) Lohia and Jai Prakash Narain alive and work on resolving problems of people," Mishra said.

"In politics, all doors and alternatives are kept open," Mishra said.

When questioned about his options, Mishra said, "Shivpalji had got a proposal from the BJP earlier too. Every political party or leader would like to have popular leader like Shivpal Yadav with them. But he did not go since he has worked with Samajwadi Party workers and led them in all their struggles."

Shivpal Yadav has told workers to remain prepared for struggle and increase their public participation, and a big decision will be taken soon, Mishra said.

Reports suggested that the distance between Shivpal Yadav and Akhilesh Yadav has been widening ever since the veteran leader was not invited to a meeting of newly elected SP MLAs on March 26.
Shivpal Yadav had contested the recent Assembly polls on the SP symbol.

He skipped the Opposition alliance's Monday meeting and also "delayed" oath as a member of the Assembly, indicating that all is not well between both leaders.

Shivpal Yadav took oath on Wednesday and later went to the CM's residence here, fuelling speculation of his changing sides.

Besides Shivpal Yadav, the alliance's other key leader, Pallavi Patel of the Apna Dal (Kamerwadi), who had humbled Deputy Chief Minister Keshav Prasad Maurya from Sirathu, had also not attended the meeting of the SP coalition partners on March 28.

Talks are doing rounds that as part of the plan, the BJP may send Shivpal Yadav to the Rajya Sabha and give his Jaswantnagar seat to his son Aditya Yadav.

Akhilesh Yadav had denied ticket to Aditya Yadav in the Assembly polls.

Shivpal Yadav himself has not been speaking much. On Wednesday, he had told mediapersons that he would tell everything at the right time.

But Rajbhar is still optimistic that things would be sorted out and the speculation of Shivpal Yadav saying goodbye to them would prove wrong. Rajbhar, who heads the Suheldev Bhartiya Samaj Party (SBSP), on Thursday said, "It is a family matter. How much can we do in the tiff within the family? But it has been my effort that all should remain together and work together."

"I will talk to both Shivpalji and Akhileshji," he said.

"My effort is to placate Shivpalji. We can only make efforts in this regard. I have also talked to Akhileshji and he has also agreed that I should talk to Shivpal Singh today," Rajbhar added.

On the absence of Pallavi Patel from the meeting of SP allies, Rajbhar said, "Pallavi Patel could not attend the meeting because of some personal work. She had come in the morning and met Akhileshji. All parties had sent their representatives, including the Apna Dal (K)."

After remaining at loggerheads since 2017, Akhilesh Yadav and Shivpal Yadav had decided to mend fences just before the recent state Assembly elections. Their estrangement had resulted in Shivpal Yadav launching his own party before the 2019 Lok Sabha elections.