Advertisement
Home / India / Will not retract tweets or apologise for them: Kunal Kamra
'Devote time and attention to more pressing issues'

Will not retract tweets or apologise for them: Kunal Kamra

On Thursday, attorney-general K.K. Venugopal had granted consent for the comedian’s prosecution for criminal contempt 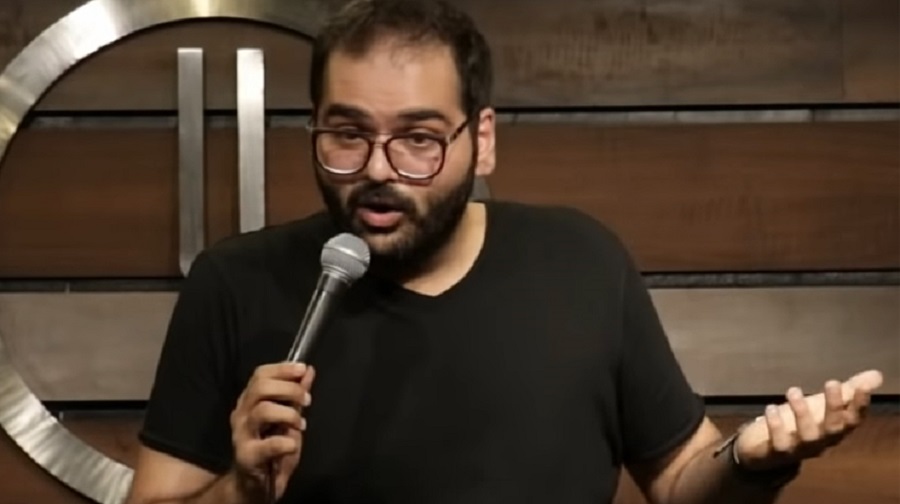 Stand-up comedian Kunal Kamra has said he intends to neither retract his tweets linked to the Supreme Court nor apologise for them, saying the silence of the court on the personal liberty of many cannot go “uncriticised”.

In a statement issued on social media on Friday, Kamra suggested that the highest court of the land devote its precious time and attention to “countless” more pressing issues such as the petition on demonetisation, revocation of the special status of Jammu and Kashmir and the legality of electoral bonds.

On Thursday, attorney-general K.K. Venugopal had granted consent for Kamra’s prosecution for criminal contempt on the basis of multiple petitions against his tweets about the Supreme Court and the grant of interim bail to Republic TV managing director Arnab Goswami on Wednesday.

Venugopal had referred to two tweets in which Kamra had said that “honour has left the building (Supreme Court) long back” and “the Supreme Court of this country is the most Supreme joke of this country”, and to a morphed picture depicting the apex court adorned in the saffron colour.

He said the posts were “not only in bad taste but clearly cross the line between humour and contempt of the court”.

On Friday, Kamra began his statement thus: “No lawyers, No apology, No fine, No waste of space.”

The statement, uploaded on social media platforms, is being reproduced with an annotation added by this newspaper in brackets:

No lawyers, No apology, No fine, No waste of space 🙏🙏🙏 pic.twitter.com/B1U7dkVB1W

"The tweets I recently put out have been found in contempt of court. All that I tweeted was from my view of the Supreme Court of India giving a partial decision in favour of a Prime Time Loudspeaker.

“I believe I must confess I very much love holding court and enjoying a platform with a captive audience. An audience of Supreme Court judges and the nation’s topmost law officer is perhaps as VIP an audience as it gets. But I realise that more than any entertainment venue I would perform in, a time slot before the Supreme Court is a scarce commodity.

“My view hasn’t changed because the silence of the Supreme Court of India on matters of other’s personal liberty cannot go uncriticised. I don’t intend to retract my tweets or apologise for them. I believe they speak for themselves.

“I wish to volunteer having the time that would be allotted to the hearing of my contempt petition (20 hours at the very least, if Prashant Bhushan’s hearing is anything to go by), to other matters and parties who have not been as lucky and privileged as I am to jump the queue. May I suggest the demonetisation petition, the petition challenging the revocation of J&K’s special status, the matter of the legality of electoral bonds or countless other matters that are more deserving of time and attention.

“To slightly misquote Senior Advocate Harish Salve (while seeking bail for Goswami) ‘Will the heavens fall if more salient matters are allotted my time?’

“The Supreme Court of India hasn’t yet declared my tweets anything as of now but if and when they do I hope they can have a small laugh before declaring them Contempt of Court. Also in one of my tweets I had asked for replacement of the photo of Mahatma Gandhi at the Supreme Court of India with that of Harish Salve. I would like to add that Pandit Nehru’s photo should also be replaced with Mahesh Jethmalani’s.”

On Friday, asked for a response, Jethmalani told The Telegraph: “First of all, I don’t want to comment on the issue. I don’t want to influence the future course of proceedings that might take place after the attorney-general has given the consent. Second, I don’t want to give Mr Kamra the attention that he so desperately craves. Third, I don’t believe there is any photograph of Jawaharlal Nehru in the Supreme Court.”

An official spokesperson for the Supreme Court said there was no photograph or statue of Jawaharlal Nehru in the court.

Efforts to contact Salve, who is now in London, did not succeed.

It is now up to Chief Justice of India S.A. Bobde to constitute a bench to deal with the multiple contempt petitions against the comedian. The matter is expected to come up for hearing next week.

If the proceedings are pursued and he is convicted, Kamra faces a maximum jail term of six months, besides a fine.

Bhushan, the senior advocate mentioned in Kamra’s statement, had in August been convicted of criminal contempt of court for tweets on the judiciary and the CJI, after he had refused to apologise. He was let off with a token fine of Re 1.

Bhushan retweeted a tweet that had tagged Kamra and uploaded a 1990s video of VHP leader Ashok Singhal and the purported voice of L.K. Advani seeking to defy court orders in the Ayodhya case.

Within five hours, Kamra’s statement had garnered close to 60,000 likes on Twitter and over 15,000 retweets. Many lauded the comedian for showing spine and pointed to the denial of bail to the elderly and ailing revolutionary poet Varavara Rao.

Music director Vishal Dadlani tweeted: “Say what you like about @kunalkamra88, but he’s a vertebrate in a swarm of jellyfish. Hardly wrong to say it behoves the Supreme Court to give time to ‘more salient matters’ than 1. Urgently letting a villainous joker off the hook & 2. Prosecuting a Comic who points that out.”

Kannan Gopinathan, who quit the IAS, shared Kamra’s tweets on the Supreme Court verdict and wrote: “It will be great if someone can send a letter to AG asking consent for contempt proceedings against all of us. Let it be a mass-contempt. If the Supreme Court doesn’t know how to protect freedom of expression of citizens, let them learn that fellow citizens do know how to do it.”

Where do the three cases mentioned by Kamra stand?

Demonetisation: The Supreme Court referred the issue to a five-judge constitution bench on December 16, 2016. The bench is yet to be constituted