Advertisement
Home / India / Who’s most eligible sadhu of ’em all?

Who’s most eligible sadhu of ’em all? 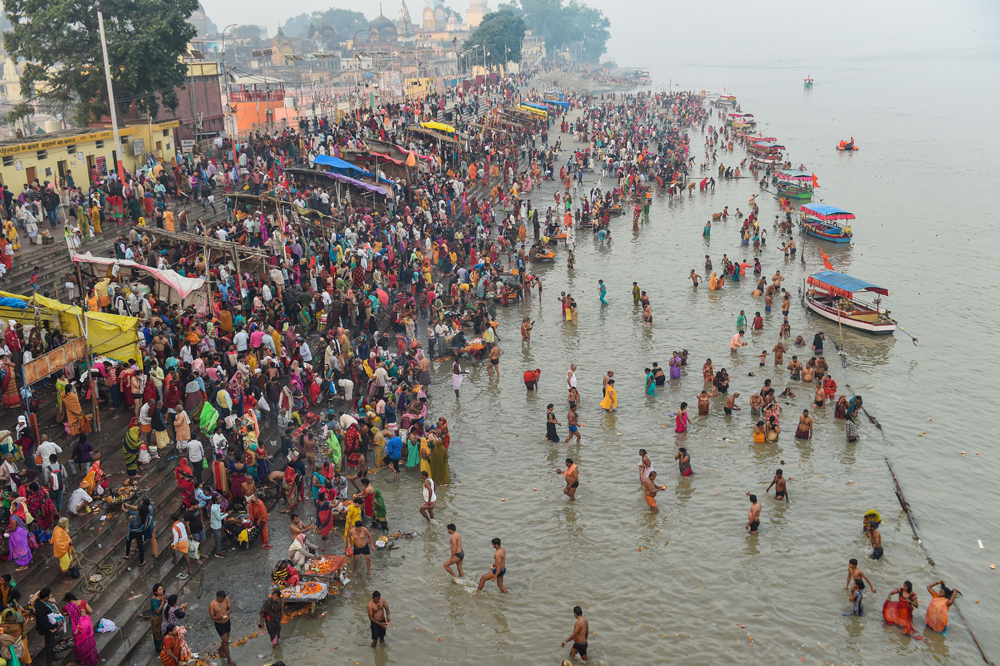 At the rate the suitors are lining up, the Narendra Modi government will have to hold a swayamvara to pick the most eligible trust to build the temple in Ayodhya.

The bewildering array of trusts has stood up to be counted following Saturday’s verdict by the top court that asked the Centre to set up within three months a trust that will facilitate the construction of the temple on the site where the Babri Masjid stood before it was demolished.

On Wednesday, Nritya Gopal Das, who has been heading the Ram Janmabhoomi Nyas for the past three decades, said his organisation should be assigned the job of constructing the Ram temple.

“There is already a trust (the Nyas) and I am its chairman. There is no need to form another trust and waste time in bureaucratic hurdles. The Ram Janmabhoomi Nyas is efficient enough to build a magnificent temple in Ayodhya,” Gopal Das, 81, told reporters in Ayodhya.

Das, the mahant of Maniram Chawani, the biggest mutt in Ayodhya, is the oldest leader of the Vishwa Hindu Parishad (VHP). The Nyas, or trust, was set up by the VHP in 1985.

“We cannot waste our time in the formation of a new trust. There are already enough columns in the workshop of the Nyas in Ayodhya to build the first floor of the temple,” Gopal Das said.

“Everything will happen under me,” he said, but hastened to add: “Under Modi and Yogi.”

On Tuesday, the international vice-president of the VHP, Champat Rai, had said the Ram temple would be built under the “ultimate supervision” of the organisation.

The Nyas had established a workshop in Ayodhya soon after the demolition of the Babri Masjid in December 1992. Stones were brought to the workshop from Rajasthan and masons deployed to make columns for the Ram temple.

Gopal Das’s deputy, Mahant Kamal Nayan Das who is also a member of the Nyas, said: “Our trust will build the temple. Prime Minister Narendra Modi is not going to form a new trust.”

“Some people are saying that there should be a different trust with some other members in it. But their remarks don’t make any difference to us. The Rashtriya Swayamsevak Sangh and we sadhus had started the Ram temple movement and we took the battle to a conclusion. The BJP came to power riding this wave. Nobody can snatch the rights of our trust,” Nayan Das said.

Although Nayan Das didn’t mention any name, he was apparently referring to Acharya Satyendra Das, the chief priest of the makeshift temple at the erstwhile disputed site in Ayodhya.

Satyendra Das had said: “The Supreme Court has asked the central government to form a trust. Obviously, there should be a trust of the government and it should work like the Shri Mata Vaishno Devi Shrine Board. The trusts that are active in Ayodhya are centres of corruption. They collect funds in the name of the Ram temple and misuse them.”

The Ramalaya Trust and the Sri Ram Janmabhoomi Mandir Nirman Nyas are headed by sadhus not associated with the VHP. They claim that they have been working for a Ram temple in Ayodhya for decades. These organisations too are now demanding that they be involved in the construction of the temple.

Avimukteshwaranand, secretary of the Ramalay Trust, said on Wednesday that he would give a letter to Modi and added: “Our trust was formed on the direction of P.V. Narasimha Rao, during whose tenure the Babri Masjid was razed. All four Shankaracharyas of the country are members of this trust.”

Janmejaya Saran, head of the Sri Ram Janmabhoomi Mandir Nirman Nyas and mahant of Janki Ghat Bara Sthan, said: “The government should include at least one member of each trust formed for the Ram temple in the trust to be constituted…. They are all important. Their symbols should be printed in the temple so that the devotees can know who fought for it.”

Mahant Dinendra Das of the Nirmohi Akhara, which according to the Supreme Court has no claim on the erstwhile disputed land but can be included in the temple-construction trust, said: “There is nothing of the VHP. Whatever is there is of Lord Ram. The VHP should hand over the wealth acquired in the name of the Ram temple to the government. The Centre should form the trust for the temple.”