At President door again, this time for student 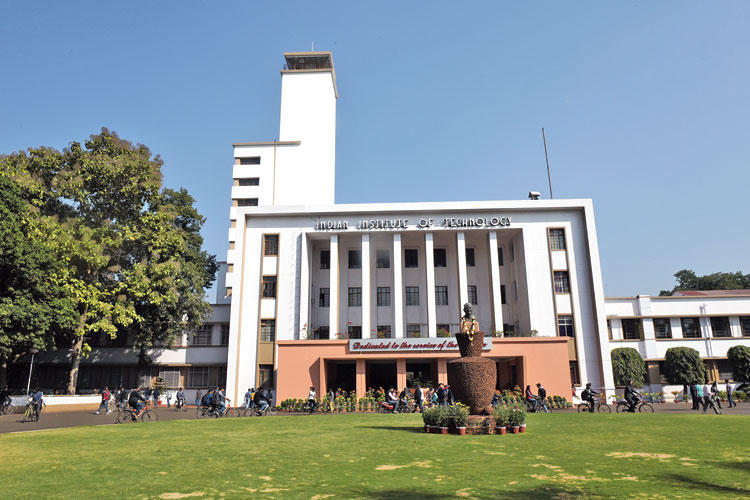 The premier tech school has begun examining afresh its controversial, six-year-long denial of a doctorate to Shirole following a prod from President Ram Nath Kovind’s office to the human resource development ministry.

Shirole, an associate professor with a Mumbai engineering college, had in 2010 enrolled under the Quality Improvement Programme that allows serving teachers to pursue PhD at the IITs and IISc Bangalore while being paid their full salary.

However, failure to earn a degree entails a total refund of the salary paid during the study leave. Shirole, his registration scrapped by the IIT in June 2017 after a third rejection of his thesis by the same foreign examiner, was asked by his college to refund Rs 34 lakh.

Shirole and Rajeev Kumar, a whistleblower professor, say the institute has treated the scholar “unfairly”, using subterfuge to deny him the opportunity to have his thesis assessed by an alternative examiner.

Kumar has had his own troubles with IIT Kharagpur authorities, being suspended for “misconduct” in May 2011 after alleging irregularities in laptop purchase and rampant cheating in exams, and then set up for compulsory retirement in 2014.

While Delhi High Court stayed the forced retirement, then President Pranab Mukherjee quashed the IIT’s decision on an appeal from Kumar. By then Kumar had joined JNU on lien; after Mukherjee’s intervention he resigned and secured a permanent post at the Delhi institution.

In 2011, the Supreme Court had called Kumar an “unsung hero” for his efforts to bring reforms to the then IIT-JEE, whose irregularities he had been highlighting since 2006.

After Shirole and Kumar complained to President Kovind against alleged lapses by IIT Kharagpur, the President’s office on January 8 wrote to the HRD ministry citing Kumar’s allegation that the institute was victimising his student to get back at him.

“Prof Kumar mentioned that IIT Kharagpur is vindictive to him because he disclosed arbitrariness and irregularities in IIT’s admission in 2006 onwards,” the letter said.

Shirole was the first student of Kumar to have his PhD thesis assessed since the IIT ordered compulsory retirement for the professor in June 2014. Shirole submitted his computer-science-related thesis in July 2014.

According to Shirole and Kumar, the institute had kept the doctoral scrutiny committee (DSC), which advises the IIT on the next course of action after an examiner rejects a thesis, in the dark about the PhD rules that would have allowed Shirole’s thesis to be sent to a new foreign examiner. This even after a panel member had sought a copy of the rules, they allege.

The four-member panel was chaired by the head of the department and included the supervisor (Kumar) and two other teachers.

This newspaper has from official sources accessed the complaints and the documents attached to them, which the President’s office later forwarded to the HRD ministry.

Shirole told this newspaper he expected a positive development.

“My thesis was approved by the Indian examiner in 2014 itself. The foreign examiner repeatedly rejected it and made personal comments about me and my guide (Kumar) and also some unwarranted comments about the institute,” he told The Telegraph.

The DSC had suggested the names of five foreign academics as possible examiners of Shirole’s thesis. The institute was to seek their consent serially and send the thesis over as soon as any one of them agreed to examine it.

According to documents from the Enterprise Resource Planning, a database of the academic and administrative records of IIT Kharagpur, the office of the then dean of postgraduate studies on research, Amar Nath Samanta, did not contact all the five experts. (This document was attached to the complaints.)

Registrar Singh confirmed to this newspaper that only three of the five experts had been contacted.

In August 2014, Samanta’s office wrote to DSC chairperson Rajib Mall that the “panel of examiners has been exhausted” and sought a fresh panel. Shirole and Kumar say the use of “exhausted” was misleading, since not all the five academics had been contacted.

The DSC recommended another five names the same month. The thesis was sent to one of them. He rejected it in January 2015 with certain comments, described by Kumar and Shirole as “personal”, that questioned the scholar’s suitability for an academic position.

Usually, an examiner’s report confines itself to technical aspects of the thesis.

PhD rules say that after rejection, a thesis can either be sent to a new examiner or a revised thesis can be sent to the same examiner who had rejected it. It’s the DSC that decides which option to follow.

A proforma was sent from the dean’s office on January 16, 2015, to the DSC seeking its recommendation. However, it did not mention the option of sending the original thesis to a third examiner.

Minutes of the January 30, 2015, meeting of the DSC suggest the panel nevertheless discussed the possibility of having an alternative examiner.

“The committee feels that the candidate be asked to revise the thesis in light of the referees’ comments. The revised (thesis) may be sent to (a) third examiner,” the minutes say.

However, in its communication to the dean, the DSC wrote on the recommendation proforma: “The candidate has addressed all the comments, revised the thesis wherever necessary and submitted a summary of revision. The DSC finds it satisfactory and recommends examination of the thesis.”

Contacted, Samanta cited the minutes of a senate meeting of May 2016, saying the document explained his position.

Another document — minutes of a DSC meeting on October 16, 2015 — say that Kumar had sought a copy of the PhD rules and that chairman Mall said he could only forward the request to the authorities.

Kumar and Shirole have alleged that the rules were neither available on the institute website nor provided to them until the thesis had been rejected a second time.

After the second rejection of the thesis, the matter was again referred to the DSC. It this time recommended having a third examiner. But the senate decided that the thesis should be placed before the same examiner for a third time.

Shirole revised the thesis again and it was sent to the examiner in December 2016. It was rejected again after which the institute cancelled his registration.

“In the first panel three foreign examiners were approved. Out of three, two examiners declined and one examiner did not respond. According to the rule, the department provided another panel of examiners duly signed by the members of the DSC,” Singh wrote.

After the rejection, he added, “The DSC recommended that the modified thesis be sent to the same examiner.”

However, the DSC’s communication had only recommended “examination of the thesis”; it did not say the same examiner must do it. Singh was requested to clarify this point but no response has arrived so far.

Mall declined comment and advised this correspondent to speak to the institute administration.

However, this newspaper has accessed a note a DSC member had written to Mall that seemed to suggest that Shirole was being treated unfairly. It was written on March 16, 2016, by S.P. Pal, who had become Shirole’s caretaker supervisor after Kumar left for JNU in 2015.

“As already mentioned in my note dated March 8, 2016, it is clear that the second examiner while rejecting the thesis twice failed to state any valid reason for the rejection of the thesis. Thus, just mentioning rejection has no relevance in the facts and circumstances of this case,” it says.

“No member of the DSC, including chairman DSC (who is an expert in the subject area of the thesis and was earlier member of the DSC), ever objected to merits of the work and the thesis. Moreover, the rebuttal of the student for both reports of the foreign examiner have been endorsed and accepted by the entire DSC.”