Bengal polls 2021: Prashant Kishor feted as man of the moment

'When someone is serious about a fight, this is what happens' 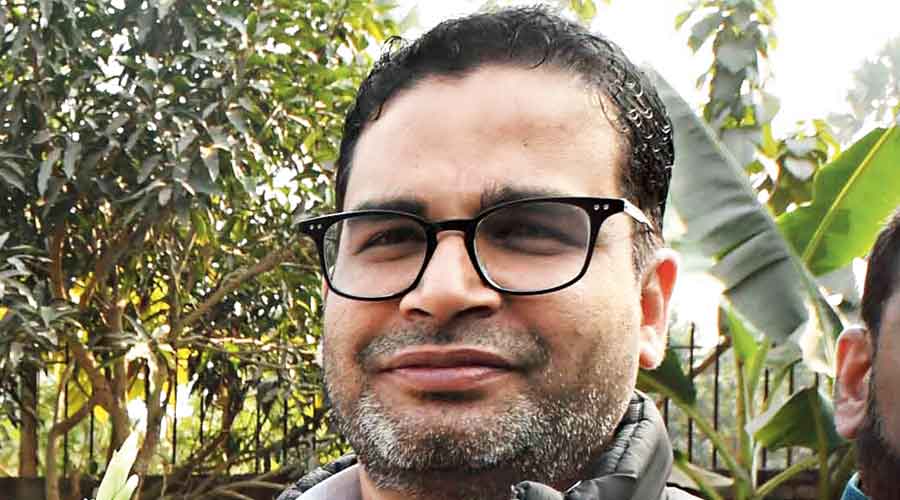 Prashant Kishor, Mamata Bannerji’s chief political strategist, had put his career on the line with a public dare made last December that the BJP would struggle to cross two digits in the Bengal assembly. The BJP, he told The Telegraph, in March, had become a “formidable force” in Bengal, but the Trinamul would hold its ground. “Khela hobey, we are ready, game on!” he had said. Today, amidst the Trinmul’s resounding victory, Kishor came to be feted by many as man of the moment. He spoke exclusively to us as the trends became clear. Excerpts:

Q: You had predicted this, but not many believed you. Tell us how this happened.

A: I was always convinced we would win, and win handsomely, I don’t know why folks didn’t see it or believe me. Propaganda cannot make you win an election. Partly this is the result of the sheer arrogance of the BJP, they were flying sky high, they missed the ground. I told you earlier, the BJP enters a battle already declaring itself a victor, they make a lot of noise.

Q: And very often they make the noise and win.

A: Yes, but when you have someone who is serious about giving them a fight, this is what happens. Mamata Bannerji said, fine we are here, come, we will fight, khela hobey. It is the intent. She suffered a rude shock in 2019, but she took it seriously. I remember I had just lost my father when she approached me. I told her the family is bereaved, I will take some time, but she was anxious and restless. She was calling me with a sense of urgency, telling me, “Jaldi aao, jaldi aao.” She knew she had to make urgent amends, that is how a genuine political leader responds. She wanted to fight.

She does not make excuses, she looks for how best she can stay in the game. The BJP entirely missed out on how we responded after 2019, through various and extensive programmes of public outreach, through sustained campaigning and delivery, through consistently staying on the ground among the people.

Q: You spoke of the Election Commission being partial …

A: See this is not only about Bengal, this is about India and about the survival of democracy. Every democrat in India and every political party should be concerned about the role of the Election Commission and how partisan it can become, how it can bend and scrape. Their role in Bengal has been scandalous, they have behaved like an arm of the powers in Delhi. The way they were taking dictation was obvious to everyone. I will name just one factor: the BJP led a most communal campaign in Bengal, it was predicated on naked Hindutva, on Jai Shri Ram, on all sorts of religious symbolism and religious disaffection. What did the Election Commission do to stop that? Nothing. And that is a danger, a grave danger that will live beyond this election. People should wake up to this.

Q: Would you say this has been your toughest challenge?

A: It is tough to say toughest or not, but let me tell you it was not easy. The eventual numbers do not bear that out, our victory is huge, but the battle was intense and had to be fought at every level from the block up. Frankly, I did have my moments of doubt, especially when I saw media flying in and going back with reports of a BJP sweep. So many newspapers and channels were absolutely convinced the BJP would win hands down. But then I thought to myself, what have I been doing in Bengal for 15 months? Should I believe these people who have just spent a week or so here, or should I trust my instinct and work. The BJP made a narrative of important people leaving TMC, they projected the myth of a disintegrating party with huge anti-incumbency. They believed that narrative themselves, the media bought into it. What had happened, in reality, was that we had gone through a process of cleansing and actually had a new Trinamul. Nobody saw this or took it seriously. You see, the media can give you hype, it can work or the margins, it can make a noise for this one or that, but media cannot make you win or lose. Media is an amplifier at best, it is not the sound. The sound is on the ground, the sound is the people. They have spoken.

Q: What does this mean for politics beyond Bengal?

A: That’s a little too early to spell out.

Q: But is this not going to resound beyond Bengal? You yourself told me a few weeks ago that the Bengal election was about whether India would remain a multi-party democracy or become a one-party state.

A: Let us see where things go from here. What I can say for now that it has given voice and hope to those people who want to fight this danger called the BJP. There is a way to do it, that is what we have demonstrated in Bengal. If you are really serious about a political fight, you can do it, at least you can try. All those people who want the BJP defeated have a takeaway from Bengal, it is possible to defeat them. Have a will and have a strategy. Have the gut for a fight. Don’t make excuses. Some people go on saying we have no resources, we do not have media support, there is too much polarization. Polarisation is a bogey, absolute bogey. In no part of India have Hindus got polarized in a way that they themselves become the majority, not even in Gujarat and Uttar Pradesh, the two strongholds of the BJP. You do not want to be with folks who make excuses, you want people who will get into the pit and fight, and fight seriously. Mamata Bannerji was prepared to do that from the very start, from when she got the shock of 2019. The results are there for everyone to see.

Bengal: An inclusive vote against communalism