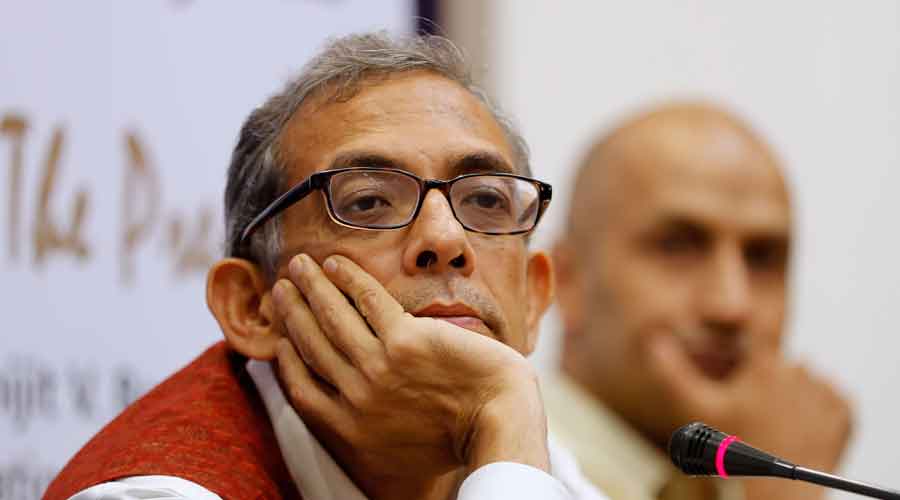 The Covid pandemic has paved the way for learning many lessons with regard to the country's health situation and preparedness in general as well as highlighted the need to redesign welfare systems, Noble laureate and renowned economist Abhijit Banerjee said on Sunday.

While addressing a webinar organised by the city-based National Institute for Implementation Research on Non-Communicable Diseases, Banerjee focused on the economic aspect of the country's health situation, welfare and healthcare systems.

On the economic aspect of the health situation, he said that India has a large population afflicted with lifestyle diseases, which are non-communicable diseases (NCDs).

“Many young people died in the second and first wave of the pandemic, but their conditions were not detected. Causalities among the young has caught us without any clue,” the economist said, terming awareness about NCDs a key challenge.

Banerjee also said that the welfare system of the country has not been designed for a pandemic and stressed on the need for redesigning the welfare mechanism to deal with such situations in the future.

The webinar was organised by the institute on its foundation day and Banerjee was chief gusted for the virtual event.

Speaking on different aspects of the healthcare system of the country, the noble laureate highlighted multiple consequences of medical practitioners without any qualification (quacks) and indiscriminate and spontaneous use of steroids and their availability.

Citing a study, he said, In West Bengal, underweight women frequently take steroids to put on weight for marriage and these steroids are easily available at a local grocer.

Terming the practice by quacks in rural areas a fully open phenomena, Banerjee said that there was no enforcement to address this issue and this has triggered a general culture of abusive medicine.

The noble laureate also highlighted the issue of over-prescribing of medicines for very normal ailments.

While talking about the public healthcare system, he claimed that sub-centres are empty and nurses are mostly not available, which pushes people to visit quacks.

While an average time given by an MBBS doctor to a patient is about two minutes, quacks give adequate time to them hearing their problems, he claimed and argued that this was a likely condition forcing patients go to quacks.

Taking a dig at the consumerist culture towards medicine, Banerjee stressed on the need of development of a preventive culture instead of a curative culture.

We are exposed to demand of medicines. We go to the doctor and tell him 'Kuchh to de do (give us something)', when he is disinclined to prescribe medicines, he said.

There is a need to build a mechanism for prevention and get people aware about it, Banerjee said.