Advertisement
Home / India / ‘We live in Bharat, we are Bharatvasi’

‘We live in Bharat, we are Bharatvasi’

Gunshot victim and brother list what they want from Modi 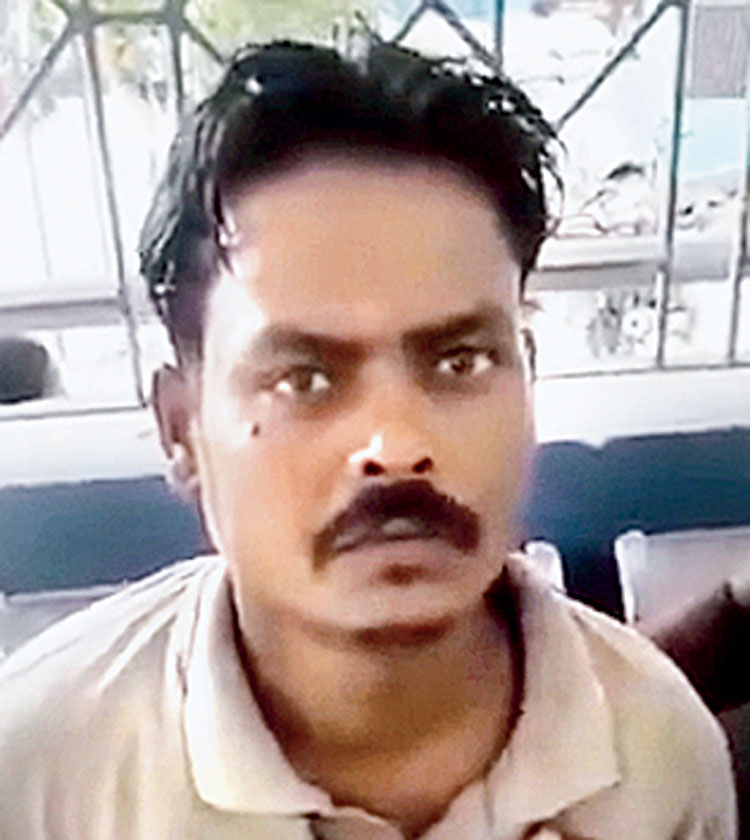 The young man shot at in Bihar’s Begusarai district on Saturday, allegedly for being a Muslim, had the bullet removed surgically from his back at a private hospital on a day Narendra Modi was sworn in as Prime Minister for a second time.

Rajiv Yadav, the man accused of shooting Mohammad Qasim, 30, after learning his name and telling him to go to Pakistan, too was arrested on Thursday.

“Apart from the bullet, what hurt me is that I had no connection with Rajiv, yet he shot me just because I’m a Muslim,” Qasim, a differently abled vendor of household goods, told The Telegraph from his hospital bed in Begusarai town.

“We are poor labourers. We don’t engage in any kind of party politics. My entire family is living in fear.”

Asked what kind of an India he would want from Modi in his second term, he said: “We are not educated people and don’t know much, but we know one thing: that we live in Bharat and are Bharatvasi (Indians).”

He added: “We spend all our time arranging for roti (food), but we abide by the Constitution. We don’t want to live in an atmosphere of fear. Also, we want justice.”

Asked whether the attack was a fallout of the communally charged election in Begusarai, where Giriraj Singh of the BJP defeated CPI candidate and former JNU student leader Kanhaiya Kumar, Qasim pondered a moment.

“What should I say? Neither my money nor my motorbike was stolen. I was shot just for being a Muslim.”

Qasim, his wife and their three children live with his parents, two brothers and elder brother Jasim’s wife and five children. Qasim and the youngest and unmarried Javed, 24, suffered polio in their legs during childhood and are differently abled. All the brothers peddle household goods and double as labourers.

Javed, who has studied till Class X, said: “Modiji is taking oath; he should ensure the Constitution is followed in letter and spirit to ensure that Muslims get the rights given to all Indians and live with dignity and without fear. There shouldn’t be any differentiation between Hindus and Muslims. We don’t want to live in fear in our own country.”

The family has borrowed and spent Rs 2.5 lakh on Qasim’s treatment and is thinking of selling the house to foot his upcoming medical bills.

So far, no senior politician has visited Qasim or the family or offered help.

“My parents keep crying and praying that I become well again. They are unable to break their fast (roza) in grief. I have three children but no land. How we will survive is our main worry,” Qasim said, before adding that his doctors had asked him not to talk too much.

Qasim, a resident of Khanjapur village, was selling his wares at nearby Kumbi when Rajiv allegedly accosted him, asked his name, abused him and fired at him from a pistol.

Javed, the youngest brother, alleged the police seemed keen to the brush the case under the carpet and had been lax in recording the statements of Qasim or other members of the family.

“The Cheriya Bariyarpur station house officer and the local deputy superintendent of police have neither shown us what they recorded, nor read it aloud,” he said.

The family said they did not know whether the police had recorded the bit about the attacker asking Qasim’s name and shooting at him for being a Muslim.

The FIR is not in the public domain yet, but the police have been asserting the attack followed a quarrel between Qasim and Rajiv over the price of a detergent powder Qasim was selling.

Javed said several residents of Kumbi --- Rajiv’s village --- had been coming to meet Qasim and the family in hospital in the guise of well-wishers and subtly insinuating that Qasim had had an argument with Rajiv.

“Trying to appear sympathetic, they would say, ‘This sort of thing does happen sometimes after a quarrel, you know…’,” Javed said.

Javed added: “We had no enmity with anyone. All we want is that such incidents aren’t repeated anywhere in India. We want our families to stay safe and prosper.”

Governments are for the people of all religions, and the people elect them for their own betterment, he said, before issuing the appeal to Modi.

Begusarai superintendent of police Awakash Kumar said Rajiv had been headed to court to surrender when the police, on a tip-off, arrested him.

“He denies asking Qasim his name and says he shot him in the heat of argument (over the price of detergent),” Kumar said.

He said Rajiv had three or four criminal cases against him but did not mention details. “We are verifying his statements. A crime has been committed and the guilty will be punished.”