Advertisement
Home / India / Warning to media by Andhra Pradesh government: Is it a caste rivalry?

Warning to media by Andhra Pradesh government: Is it a caste rivalry? 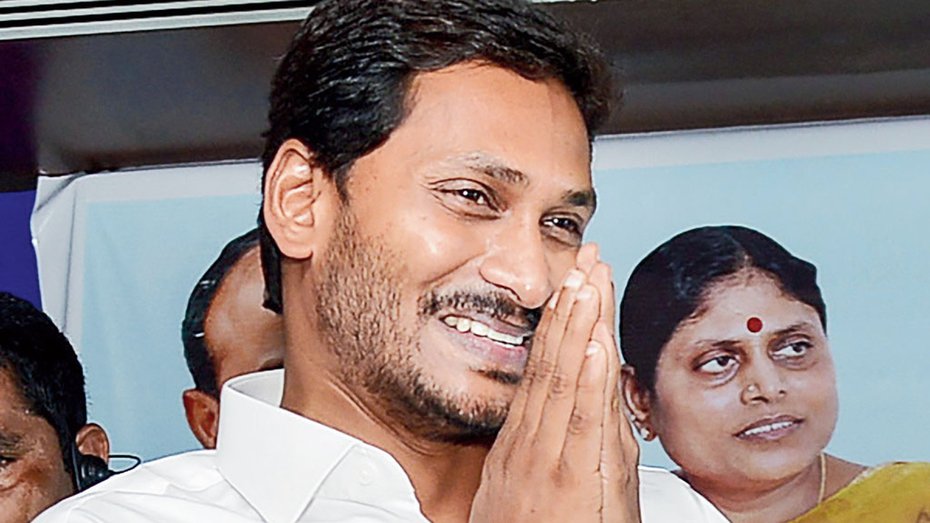 The Andhra Pradesh government recently took out an order warning media publications that it would sue them for defamation for 'news items' published with 'ulterior motive'.

The notice - an earlier version of which was in circulation in 2007 - came at a time of deadly attacks on journalists and raised the question of media freedom under the rule of Y.S. Jaganmohan Reddy, whose YSR Congress Party is in power.

Although the government in fresh release also said it was 'committed to uphold democratic norms, dissemination of objective reporting', journalists are circumspect. Several journalists pointed to a caste rivalry between the Reddy and Kamma communities that was adversely affecting the media space in Andhra.

One of them was hacked to death. The finger of accusation was pointed to YSR Congress legislator Dadisetti Ramalingeswara Rao.

On October 14, leading Telugu daily Andhra Jyothy journalist K. Satyanarayana was killed in Tuni, East Godavari district. The family of the slain journalist accused the YSR Congress politician of being behind the attack.

A journalist of Visalandhra was attacked in Srikakulam district. In Ongole district, YSR Congress leader Amanchi Krishna Mohan is a suspect in the attack on journalist Nagarjuna Reddy.

In mid-August, Dolendra Prasad, editor of a Telugu weekly Zameen Rythu, was attacked in Nellore. Prasad filed an FIR against local MLA of the ruling YSR Congress, Kotamreddy Sridhar Reddy.

Comparing the years the state was under the Telugu Desam Party and what is happening now, Prasad said: “That was day time, and this is night time for the media. Total darkness. These politicians are threatening small stringers or local reporters or they are luring them with offers. Rowdy elements are ruling the roost in Andhra now.”

Several journalists this news website spoke to pointed to an old practice of the ruling dispensation going after what is perceived as the Opposition’s media. They, however, spoke about the recent government order to highlight the intolerance to criticism.

“We are against the government order. We have to write freely. How can any secretary file a case against a journalist? This is very bad,” said M. Yugandha Reddy, the general secretary of the Journalists' Association of Andhra Pradesh. said.

Reddy said that although Jaganmohan appointed so many media advisers who are former journalists, yet they can’t prevent the government from going after the media.

A senior journalist of Sakshi TV - a media group owned by Jaganmohan Reddy's family -  Devulapalli Amar was made the advisor for the National Media and Inter-State Affairs. Amar defended the government's move to file defamation cases against media outlets, saying that it was done to empower secretaries, who are better versed with what was happening in their departments, as compared to an information commissioner. The secretaries could take informed decision on whether or not a report was correct.

He explained: “Media freedom in Andhra Pradesh has to be seen in a different way. The media in Andhra Pradesh is totally divided on political lines. Major media like Eenadu, Andhra Jyothy, ABN, TV5 channels and (some) newspapers are totally with Chandrababu Naidu’s TDP. And, of course, Sakshi media group is with YSRCP and Jaganmohan Reddy.”

He said that during Naidu’s time from 2014-2019 Sakshi TV was banned in Andhra. 'What were these people doing then? Did they open their mouths? They didn’t,” Amar said.

Under the current government, two channels, ABN and TV5, have been banned from entering the Assembly premises. The government has also been accused of coercing cable operators into suspending the telecast of the two channels in some parts of the state.

Amar said the suspension from the Assembly was temporary and was a decision of the Assembly, not the Jaganmohan government. “In the ABN and TV5 case, the government has not directly banned it. The authority has clearly said you have to show the channels. There is no official or unofficial ban on media in AP,' he said.

Padmaja Shaw, a journalism professor in Hyderabad highlighted another aspect of the government notice - that of caste.

“I think, all of them (media outlets) adhere to a certain ideology. There is no real difference (between the pro-TDP or pro-YSRCP media). And they belong to two or three dominant castes. And there is a jostling for power between these caste groups. There is no respect for democracy, or fair play or a fair discussion,” Shaw said.

She said that for a decade, the ruling government has been after one or another section of the media. According to her, when Y.S. Rajasekhara Reddy was the chief minister, media baron Ramoji Rao had opened an offensive against him. His group Eenadu was seen as loyal to the TDP. In retaliation, Rajasekhara Reddy hounded Rao by targeting the Margadarshi Chit Fund Private Limited.

Shaw said the main fight was between the Kamma and Reddy castes. The journalist association’s Yugandha Reddy said the Sakshi group does belong to Jagan, but the remaining major media groups belong to the Kamma side, which is Naidu’s caste.

“To generalise a quarrel between two parties and their supporters in the media as a larger attack on press freedom may not be entirely true,” said one senior English media journalist. Neutral journalists, he said, have no such problems and criticise the government.

“The irony is that some senior journalists, who are now advisors to the YSR Congress government, were Press Council members or chairman of press academy,” said Shaw.