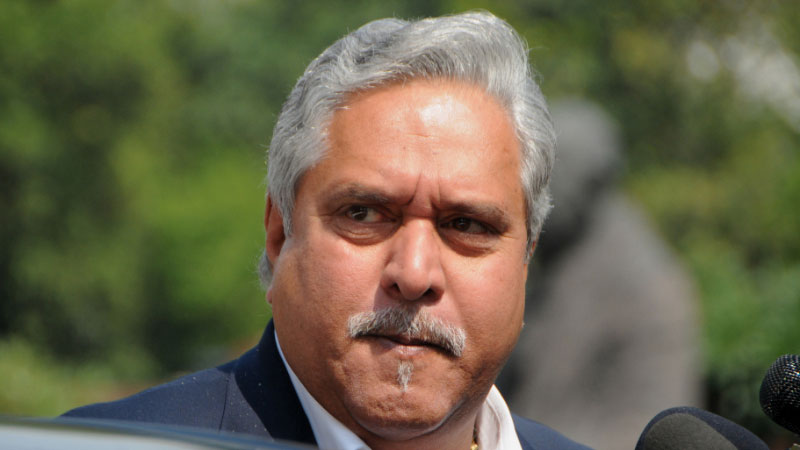 Fugitive liquor baron Vijay Mallya claimed on Sunday that Prime Minister Narendra Modi’s recent statement confirming the seizure of Rs 14,000 crore worth of his assets had vindicated his claim of being a “poster boy” for the BJP-led government.

In his characteristic style of issuing statements through social media, the 62-year-old said that by Modi’s own assertion the value of his confiscated assets was higher than the alleged Rs 9,000-crore bank fraud he is accused of.

Mallya is contesting a British court’s order clearing his extradition to India on bank-fraud and money-laundering charges.

“I humbly submit that my assertion that I am a poster boy is fully vindicated by the PM’s own statement about me (by name) that his Govt has recovered more than what I allegedly owe the banks,” Mallya tweeted.

“Fact that I have been a UK resident since 1992 ignored. Suits the BJP to say I ran away.”

Modi had in a recent interview said that the recovery of an amount higher than what Mallya is accused of gaining through fraud was a big win for India.

“You must’ve seen in the case of Vijay Mallya. He owed banks Rs 9,000 crore but the government has confiscated his properties worth Rs 14,000 crore from across the world. Now, he is in trouble because we are taking double the amount,” Modi said.

Mallya noted: “Saw PM Modi’s interview in which he takes my name and says that even though I owe Rs 9,000 crore to banks, his Govt has attached my assets worth Rs 14,000 crores. So the highest authority has confirmed full recovery. Why do BJP spokesmen continue their rhetoric?”

A spokesperson for the UK judiciary confirmed last week that all the papers had been received and now awaited allocation to a single high court judge who would decide, on the basis of those papers, whether a full hearing was merited.

If the application is accepted, the case will proceed to a “substantive hearing” in the next few months. If Mallya’s application is rejected at this stage, he will have the option to seek a “renewal”.

The renewal process will lead to a 30-minute oral hearing, during which Mallya’s legal team and the Crown Prosecution Service — appearing on behalf of the Indian government — will renew their battle for and against a full appeal hearing.