Early in the day, the officials raided the office of Jammu and Kashmir Coalition of Civil Society at Amira Kadal 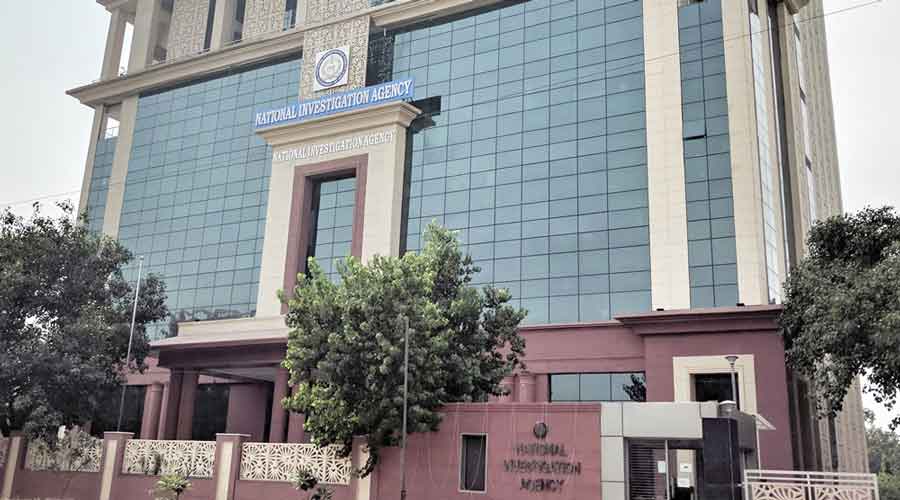 The NIA did not confirm the detention but family sources said he was taken for questioning by officials who claimed to be from the NIA.
(Wikimedia Commons)
Muzaffar Raina   |   Srinagar   |   Published 23.11.21, 01:03 AM

Prominent rights activist Khurram Parvez was detained for questioning by the National Investigation Agency on Monday after raids at his home and office in Srinagar.

The NIA did not confirm the detention but family sources said he was taken for questioning by officials who claimed to be from the NIA. “There was a raid at his residence after which they took him along. His laptop, phones and documents related to his work were seized,” a source said.

Khurram’s family said they had received an arrest memo that showed he had been booked under sections 120B, 121 and 121A of the Indian Penal Code and sections 17, 18, 18B, 38 and 40 of the Unlawful Activities (Prevention) Act.

Early in the day, officials from the NIA raided the office of Jammu and Kashmir Coalition of Civil Society, a rights group, at Amira Kadal.

Khurram is the coordinator of JKCCS and chairperson of the Asian Federation Against Involuntary Disappearances.

The NIA was tight-lipped about the raids. An official said the details, if any, would be made available in an official statement, which was not released till late in the evening.

The development comes at a time security forces in the Valley are battling a crisis following the killing of two businessmen and one of their assistants in a controversial gunfight. The three were buried secretly at a graveyard in far-off Handwara.

After an uproar, the government was forced to exhume the bodies of the two businessmen — Mohammad Altaf Bhat and Dr Mudassir Gul — and return them to their families. The government has ordered a magisterial probe in the purported gunfight, which many in Valley believe was staged.

Many condemned the NIA for the raids and detention, with journalist Bharat Bhushan asking if it was “an example of new frontier of warfare against civil society?”

Valley politicians and rights defenders have accused the Centre of using agencies such as the NIA and the Enforcement Directorate to silence critics and crush any opposition to its jackboot tactics.

Family sources said the agency had also raided Khurram’s residence during the intervening night of October 28 and 29 last year in a case related to the funding of “secessionist and separatist activities”.

Khurram is one of the most known rights defenders from the Valley who lost his leg to a militant IED in early 2000s.

He is a recipient of Reebok Human Rights Award 2006.

Khurram is a vocal critic of the government and was arrested for two and a half months in 2016 by the Mehbooba Mufti-led government.

Two days before his arrest, the immigration authorities in the country had refused to let him board a flight to Geneva where he was scheduled to address the United Nations Human Rights Council about India’s human rights record.

JKCCS has published some of the most damning reports on human rights violations in Kashmir, the latest titled “Kashmir’s Internet Siege” on mass detentions and the justice system amid Internet restrictions following the abrogation of the state’s special status on August 5, 2019.