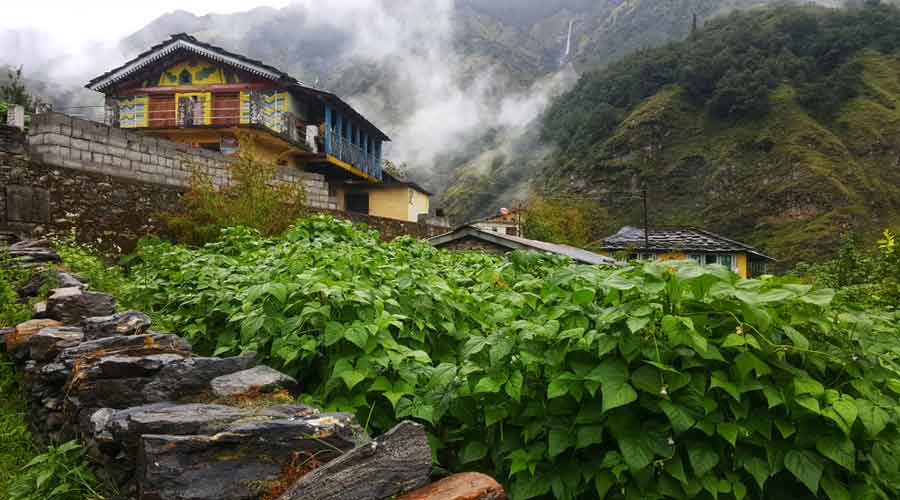 Jaman Singh Bora and Kaman Singh, two social workers of Hachila and Ajera, respectively, said they realised that there was no point allowing the enmity to fester.
Representational image from Shutterstock
Piyush Srivastava   |   Lucknow   |   Published 26.12.20, 02:02 AM

Love blooming between young minds has forced two Uttarakhand villages to bury the hatchet after 90 years. And when the time came for truce, it took just one hour to staunch the bad blood.

The residents of Hachina and Ajera in Pithoragarh district have also decided to allow marriage alliances between youths of the two villages.

The elders went to Kokila Mata temple located between the two villages on Friday and sought permission from the Goddess to forge the friendship.

The residents of Hachina and Ajera had fought with each other in 1930 to claim their right to the nearby forest of Lori. The elders say both villages used to collect wood from Lori but one day the residents of Hachina declared that since the forest was closer to them, they would use its resources exclusively.

The enmity that started then triggered many fights. Then one day in 1930, residents of the two hill villages went to Kokila Mata temple separately and resolved that they would have no contact with each other. The divide ran so deep that there was no intermingling down several generations and residents did not even enter each other’s village.

“Recently, we realised that although the youths of our villages don’t talk to each other when they are here, many of them have secretly developed romantic relationships and friendships in their colleges. Initially, the elders had resisted but gradually they began considering ending the deadlock,” said a villager who didn’t want to be named.

Jaman Singh Bora and Kaman Singh, two social workers of Hachila and Ajera, respectively, said they realised that there was no point allowing the enmity to fester. They feared that the intermingling of the boys and girls could trigger another confrontation if the dispute was not resolved soon.

“After a series of meetings with the villagers, it was decided that the panchayat chiefs of Hachila and Ajera, Hansa Devi and Baldev Singh, would invite their fellow villagers to the temple to discuss the issue. It was decided after an hour of meeting at the temple that they would forgive each other. They will also start marriage alliances,” Bora said.

“The villagers submitted a joint application before the Goddess through a priest that they wanted to end the enmity,” Bora said.

“The villagers are very happy as they have removed a 90-year-old burden from their minds and hearts,” Kaman Singh said.