The duo joined the party in the presence of senior leaders Harish Rawat, K C Venugopal and Randeep Surjewala in New Delhi 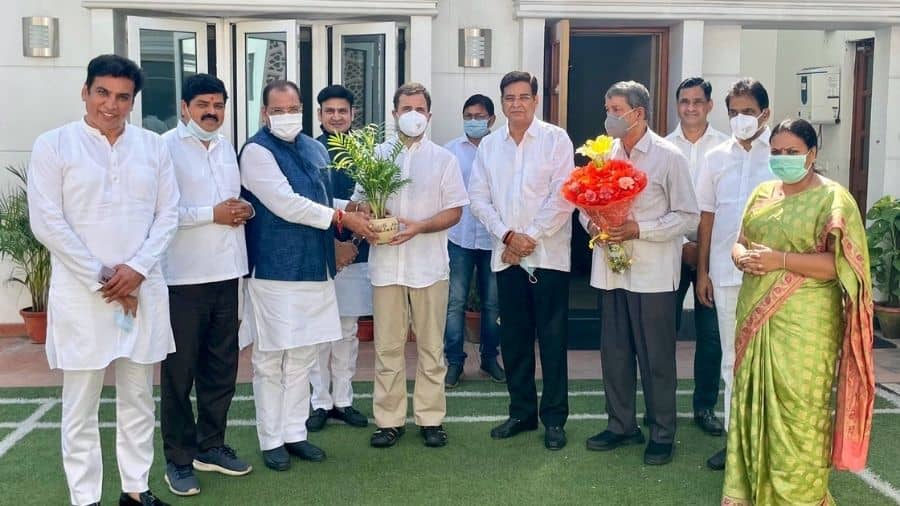 In a big jolt for the BJP ahead of the next year's assembly polls, Uttarakhand Transport Minister Yashpal Arya quit the saffron party on Monday and joined the Congress along with his MLA son Sanjeev.

Yashpal Arya and his son, along with their supporters, joined the Congress in the presence of senior party leaders Harish Rawat, K C Venugopal and Randeep Surjewala in New Delhi.

Earlier in the day, they met former Congress president Rahul Gandhi at his residence.

From 2007 to 2014, Yashpal Arya was the president of Uttarakhand Congress and had been a former speaker and a minister in the Congress government led by Rawat.

He had switched over to the BJP in 2017 ahead of the assembly elections in Uttarakhand. He represents the Mukteshwar assembly constituency in the state.