Yashpal Arya, former chief of the Uttarakhand Congress unit, had defected in 2017 and served as a cabinet minister in the Pushkar Singh Dhami govt 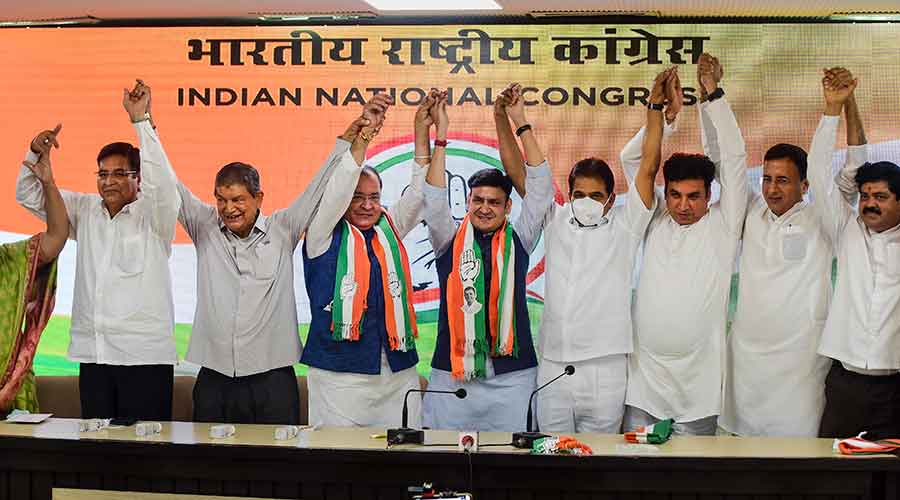 The Congress received a huge boost in Uttarakhand as veteran Dalit leader Yashpal Arya and his MLA son Sanjiv Arya joined the party on Monday ahead of the Assembly election in the state.

Yashpal Arya, former chief of the Uttarakhand Congress unit, had defected to the BJP in 2017 and served as a cabinet minister in the Pushkar Singh Dhami government.

He resigned on Monday and returned to the Congress along with his son Sanjiv who is also a dynamic leader with promise.

The Congress is hoping to regain power in the tiny hill state with the BJP in disarray despite changing the chief minister twice within a span of a few months. The Congress had lost a large number of leaders to the BJP before the last Assembly election.

With Arya’s return, the Congress hopes to win over a sizeable section of Dalit voters in the state.

Arya was unhappy in the BJP after junior leader Dhami was made the chief minister.

Arya, however, said: “I returned to my family because the Congress is the only party with a history of service, sacrifice and democratic tradition. The Congress respects all castes and every religion.”

Former Uttarakhand chief minister Harish Rawat said Arya’s return would immensely help the Congress as he was an organisational man who contributed a lot in strengthening the party in the past.