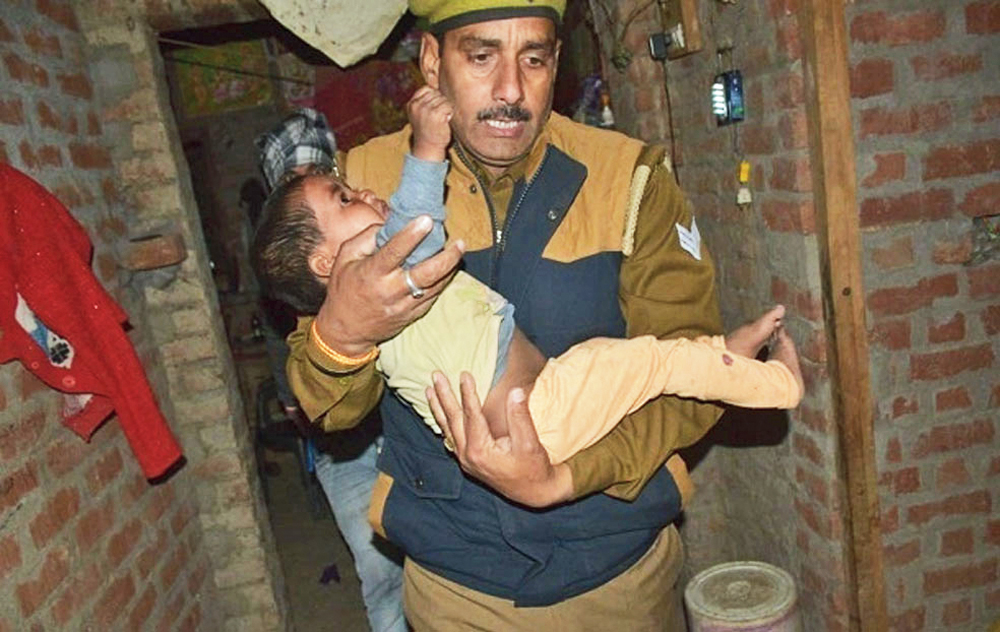 The murder accused who had taken children hostage in Uttar Pradesh’s Farrukhabad and his wife have died, police said after the successful rescue operation.

There were conflicting claims on the cause of the deaths of Subhash Batham, who had taken over 20 children hostage in his house on the pretext of organising a birthday party for his daughter, and his wife Ruby. According to a version, villagers beat Ruby to death.

Subhash died during “Operation Masoom” to rescue the kids at Karthiya around 1am, and Ruby breathed her last at Lohia Hospital in Mahmoodabad in the same district around five hours later.

Subhash, who was out on bail in connection with a case of murdering a relative, had locked up the hostages, including his wife and five-year-old daughter, in a room in the basement of his house.

While all the children were found safe when the police entered the house shortly after midnight, there was no clarity on what happened next.

Additional chief secretary and home secretary Awanish Kumar Awasthi said the person who had taken the children hostage was killed in the police operation and the kids had been safely evacuated. 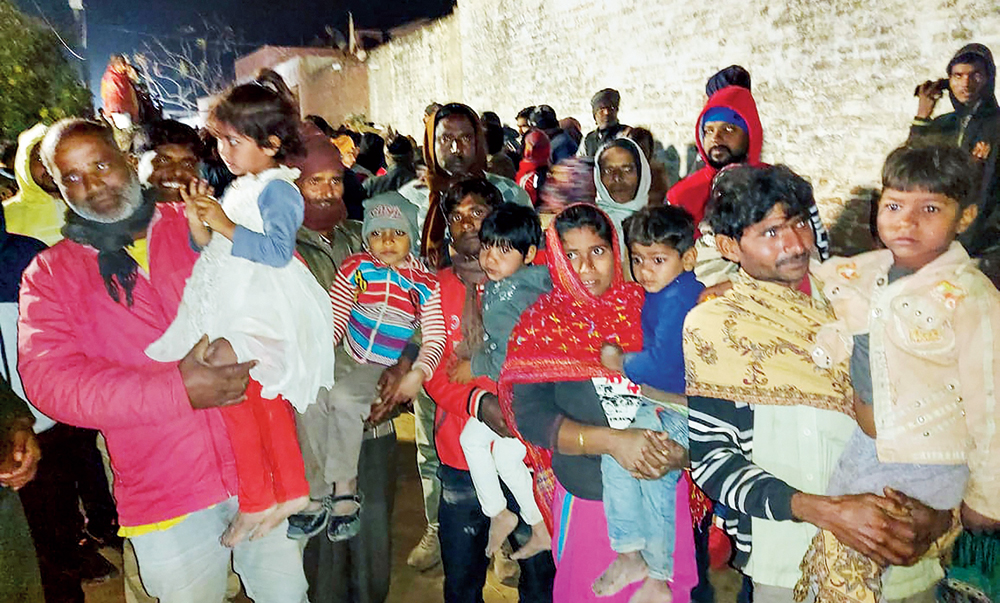 Children with their family members after being rescued
(PTI photo)

Jay Narayan Singh, the additional director-general of the Kanpur zone, said villagers attacked Subhash and Ruby when they were brought out of the house.

While Ruby was rushed to hospital, Subhash was taken back inside the house, where he “attacked” the police, Singh said. “The police killed him in retaliatory firing,” the ADG said.

Mohit Agrawal, the inspector-general of Kanpur range, said an hour after the evacuation that villagers had attacked Ruby and she couldn’t be saved.

However, the officer had said a little earlier: “Subhash fired at his wife when she was trying to escape from captivity. She was taken to hospital, where she died.”

Sarvesh Yadav, the doctor who attended to Ruby at the hospital, said: “Besides a head injury, she had three deep injuries on other parts of her body. She died at 6am.”

Some villagers said they lost patience around 12.30am, by when the hostage crisis had been continuing for over nine hours, and broke the gate of Subhash’s house with hammers. The captor didn’t react till he saw the police entering the house and opened fire, according to the villagers. The police fired at him in retaliation in which he received a gunshot wound and died at the spot, the villagers said, adding that some others beat Ruby to death.

Subhash’s intention behind the crime is still unclear. He had initially shouted from his terrace that he was taking revenge against the villagers who had handed him over to the police in 2005 after he allegedly killed his uncle.

Later, he had told the police that he would release the children if he was given a house under the Prime Minister’s housing scheme and a toilet under the Swachch Bharat Mission.

The police have handed over the deceased couple’s daughter to a villager who has expressed willingness to adopt her after following due process.