UP, Bihar and Bengal fall on health index 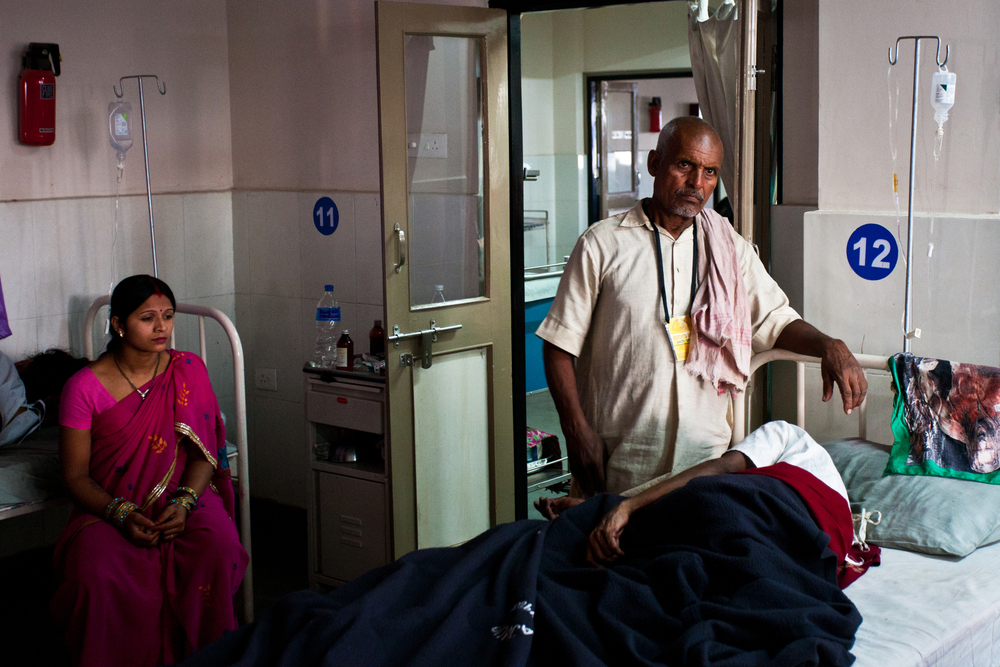 Measures of human health have fallen in eight states, including Bengal, with the steepest incremental drops over a two-year period in Bihar and Uttar Pradesh, according to a health index released on Tuesday by Niti Aayog, the government’s think tank.

The index — a tool to assess states’ performance on 23 measures of health care — has found that the scores of Bihar, Uttar Pradesh and Uttarakhand fell by five or more points during 2017-18 compared to 2015-16.

The findings suggest that health parameters in states with the poorest performance on health have deteriorated over the two-year period.

Their lower scores have been attributed to multiple parameters, including low birth rates, quality of public health facilities, rapid transfers of state and district level health personnel, and drops in tuberculosis treatment success rates, among others.

Even Kerala, the nation’s best performing state on health parameters, showed a 2.55 point score decline while Bengal’s score fell by 1.08. The most significant improvements have occurred in Haryana, Rajasthan, Jharkhand, Assam and Andhra Pradesh. 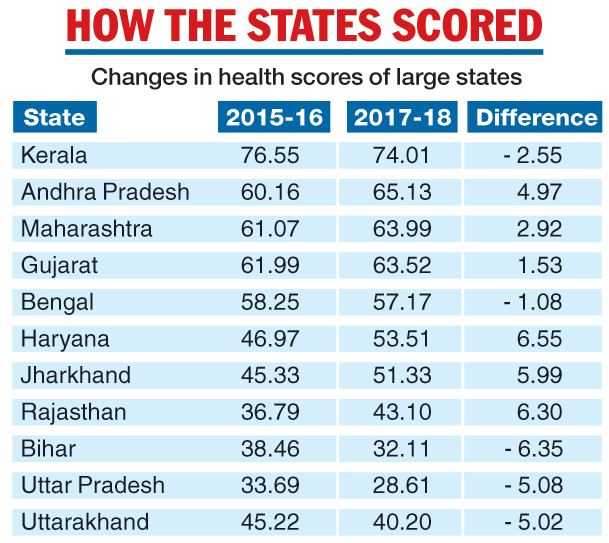 “While a state’s prosperity counts, there may be lessons from these states for others,” said Vinod Paul, a senior paediatrician and member of Niti Aayog. “Strong health systems, good governance, and policies are important.”

The 2019 health index has also revealed that tuberculosis treatment success rates have fallen in 29 of 36 states or Union territories over the two-year period, underscoring the challenge India will face in its efforts to eliminate the disease by 2025.

But health analysts tracking India’s TB control programme say the data will need to be scrutinised to determine the cause of these drops. “We need to be sure what the numbers represent — are they real falls in success rates or just improved documentation of real success rates?” said Leena Menghaney, a senior legal expert with Medicins Sans Frontieres.