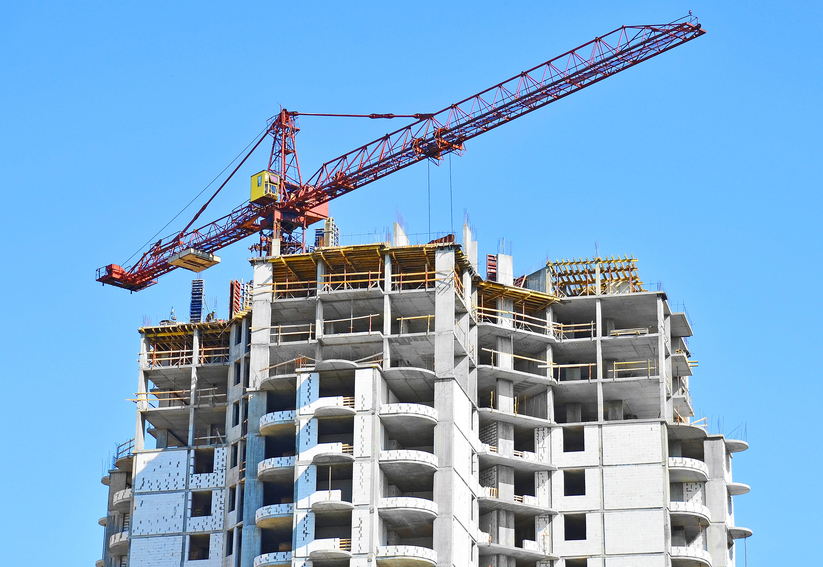 Buyers of under-construction properties, including flats, across the country are being asked to pay as GST 12 per cent of the agreement value. But no GST is levied after the project obtains the completion certificate.
Shutterstock
Sambit Saha   |   Calcutta   |   Published 25.11.18, 10:24 PM

The goods and services tax (GST) on real estate projects under construction is squeezing the cash flow of realtors as many buyers are waiting for finished homes or opting for old ones to escape the tax, multiple stakeholders have told The Telegraph.

Buyers of under-construction properties, including flats, across the country are being asked to pay as GST 12 per cent of the agreement value. But no GST is levied after the project obtains the completion certificate.

The GST is actually paid to the government by the builder who gets a refund on his inputs. Under normal circumstances, the builder need not have passed on the entire GST to the buyer because of the refunds.

But in cities and on their peripheries, land accounts for a bigger share of the cost. In a project where land cost is more than 33 per cent, the deduction continues to stay at one third of the cost. This means that builder gets taxed for a portion of the cost for which he does not get a refund, and he passes that on to the buyer.

The real estate market condition has ensured that the buyer can now afford to wait. A perceptible stagnation in the property market has convinced buyers that there is little risk in waiting for a project to be completed. In a rising market, consumers close deals as early as possible for fear that the prices will rise by the time a project is finished.

“Why pay extra when I can save on GST, which can be quite substantial for a premium property?” asked Abhik Mitra, an investment planner with the National Stock Exchange, who recently bought a ready-to-move-in apartment in a project off EM Bypass.

A Kasba resident said he liked two under-construction projects in the neighbourhood but balked at the prospect of paying the GST. He ended up buying a 15-year-old flat.

“My family members were against buying an old property. But I went ahead. Although I have to spend on refurbishing the flat, the cost is still lower since I didn’t have to pay the GST,” he said.

Real estate players described it as a “challenging environment”. “It is quite a challenging environment. Buyers are in the wait-and-watch mode, especially for projects that may be delivered within a year. Since property prices are not showing runaway increases, the buyers are ready to play the waiting game,” said Harsh Patodia, chairman and managing director of Unimark Group, a partner in the Trump Tower project in Calcutta.

The postponement of the closure of deals is having an adverse effect on the cash flow. The finishing work before the handover constitutes close to 40 to 60 per cent of the cost developers bear.

The restricted cash flow is forcing builders to dig into their reserves to complete projects.

Banks, wary of non-performing assets in construction, are unwilling to lend readily. Non-banking finance companies, which played saviour for realtors in the absence of banks, too are facing a liquidity crunch and have become thrifty.

A well-known project on EM Bypass near Ruby Hospital found its sales tripling after it received the completion certificate from municipal authorities earlier this year. But till then, it had to contend with a cash flow problem.

The same rule applied to the service tax also but since the tax was not so steep as the GST, it did not have as high an impact as the new levy.

Besides, new regulation has closed a loophole some builders and buyers were exploiting. They were flirting with the tactic of leaving the sale agreement unregistered while construction was going on to avoid paying the service tax and, after June 30 last year, the GST.

However, the Real Estate Regulatory Authority (Rera), introduced earlier this year in Bengal, made registration of the sale agreement mandatory.

Nandu Belani, president of the developers’ association Credai (Bengal), is not complaining about prices. “In a mature market, prices should not go up fast. But sales should happen, which has been hit badly because of the GST. The cash flow has to be there,” he said.

In order to speed up sales, some builders are absorbing the GST and offsetting the loss with the input tax credit received on the materials (cement, bricks, etc) consumed or contracts given. Some builders are lowering the prices to cushion the buyer from the tax.

Sushil Mohta, past president of Credai Bengal and owner of Merlin Projects, underscored the problem that limits builders’ ability to pass on the benefit without squeezing the profit margin.

Mohta said: “In Calcutta proper, the land component in the total project cost is much higher than one-third. The higher the land cost, the lower our ability to pass on the benefit of the abatement to the consumers. This is why high-end projects are suffering the most and new launches have come down.”

Basant Parekh, managing director of Orbit, which deals in premium and luxury projects, said that investors had disappeared. “Investors come in during the under-construction phase. But they are wary of paying the 12 per cent GST, which is not recoverable after completion,” he said.

Parekh flagged a fundamental issue: the government should consider why the stamp duty and GST are both being imposed on property transactions.

“The stamp duty is charged under the transfer of property act. The GST is charged treating it as goods. There should be a single tax,” he said.

Some sources said the policymakers’ inability to decide when a project becomes an asset could be at the root of the perceived anomaly. Stamp duty is levied on an asset and the GST on goods and services. Since goods and services are at play while a building is being constructed, the GST is levied at that stage.

Credai has made representations to the Union finance ministry to reconsider the decision but no result has come of them yet, Mohta said.

The stamp duty falls in the domain of state governments.