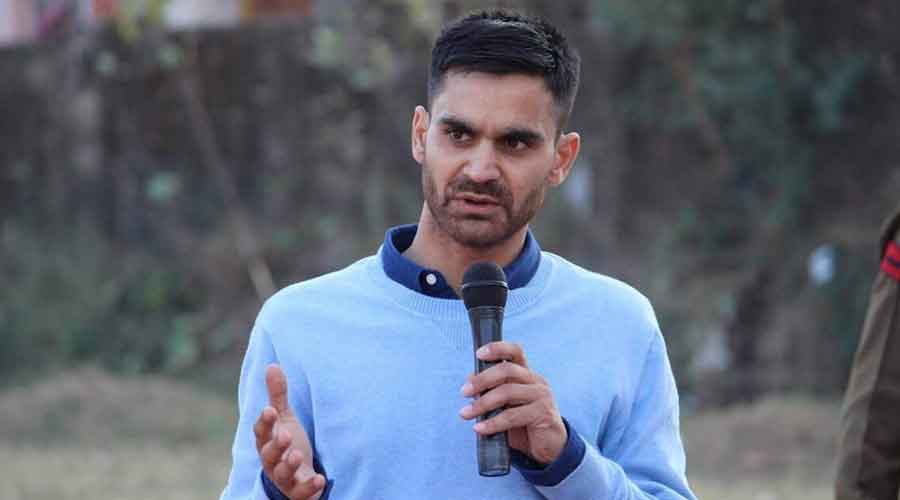 The United Nations’ working groups on human rights and special rapporteurs have written to the Centre alleging that an aide of Mehbooba Mufti was brutally tortured in the National Investigation Agency custody for speaking against atrocities in Kashmir before UN representatives.

The NIA has denied the allegation of torture on PDP leader Waheed Para. The central agency had earlier said that Para had been arrested on the charge of having links with militants. Para was believed to have been in the good books of the Centre when the BJP was running a coalition government with Mehbooba’s PDP but fell from grace when the alliance unravelled in 2018.

The UN report has coincided with Jammu and Kashmir police filing a chargesheet against Para on Tuesday in another militancy-related case. Para is now in police custody.

In their letter to the Union external affairs ministry, the UN officials have written that Para had on July 20 last year engaged with current and future members of the UN Security Council during a virtual meeting and raised alarm over the government’s actions in Jammu and Kashmir and its treatment of Muslim minorities.

“He was held in a dark, underground cell at subzero temperature, was deprived of sleep, kicked, slapped, beaten with rods, stripped naked and hung upside down. His ill-treatment was recorded. Mr Para was examined by a government doctor three times since his arrest last November and three times by a psychiatrist. He requested medication for insomnia and anxiety,” the report said.

It said Para had been subjected to “reprisal” for his engagement with the UN Security Council members and his denunciation of human rights violations in Jammu and Kashmir.

The UN officials’ report said Para had received threats following the meeting, “with the NIA indicating that he was inviting trouble by engaging in such events”.

“They gave him an ultimatum that if he did not cease speaking out about the government, action would be taken against him,” it said.

Para was among thousands of people arrested in Jammu and Kashmir during the clampdown that followed the scrapping of the erstwhile state’s special status. He had been a bitter critic of the move and continued to oppose the government after his release in 2020. On November 25, he was arrested on terrorism charges by the NIA.

An NIA spokesperson contacted by The Telegraph said the allegations in the report were false.

“The fact is that when he was in custody he was taken for medical examinations every second day. The allegations (that he was arrested as a reprisal for speaking to the UN Security Council) is also false,” she said.

The UN report also sought the government’s response on the alleged custodial death of Irfan Ahmad Dar, a shopkeeper from Sopore, last year and the 2019 disappearance while in custody of Naseer Ahmad Wani, a 19-year-old youth from Shopian.

The UN rights group and rapporteurs said Para was arrested three days after he filed his nomination to run for the District Development Council elections.

The report claimed that Para was subjected to abusive interrogations, which lasted 10 to 12 hours at a time.

On January 9, the report said, a judge in an NIA court ruled that the anti-terror law UAPA did not apply in the case.

Para was subsequently granted bail by the NIA but hours before his release on January 11, he was arrested and detained by the counter-insurgency wing of the police in a case related to providing financial assistance to a militant group.

Para, who heads the PDP’s youth wing, was said to have unbridled access to the Union home ministry, to which the NIA reports, during the PDP-BJP rule.

In 2018 as secretary of Jammu and Kashmir’s sports council, Para had organised a huge gathering of sports enthusiasts for then home minister Rajnath Singh in Srinagar, a rare feat for any politician amid relentless stone throwing by locals those days.

“For that (channelising the energy of the youth of Jammu and Kashmir in a positive direction), I want to specially congratulate the secretary of the Jammu and Kashmir sports council, Waheed Para. He has organised a wonderful programme here,” Rajnath had told the audience.