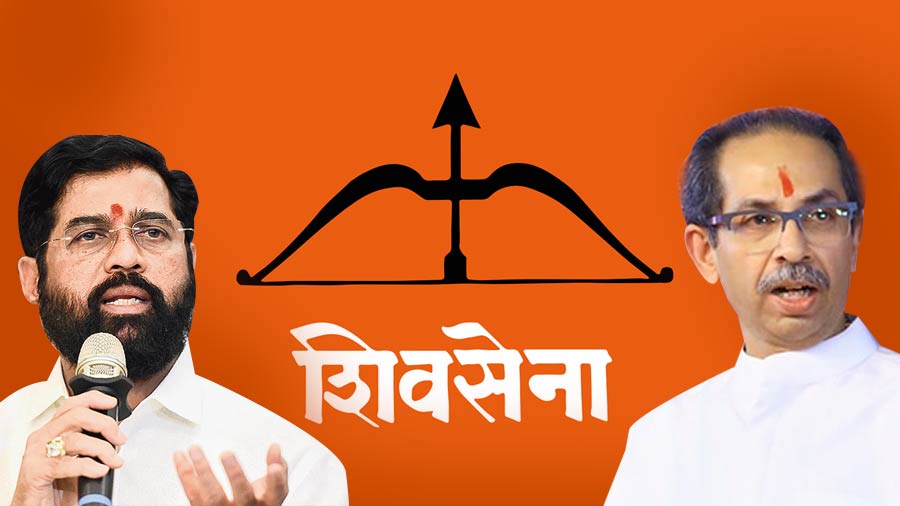 The Uddhav Thackeray and Eknath Shinde factions of the Shiv Sena have formally submitted to the Election Commission three symbols and names each after the party's 'bow and arrow' symbol was frozen by the poll panel.

Sources in the poll panel confirmed that the alternate symbols and names have been submitted by both the factions.

The poll panel will now examine whether the symbols are not the same or whether they are not being used by any other party.

The EC will also examine whether the symbols submitted do not stand frozen by it already.

On Saturday, the EC had barred the Shiv Sena factions from using the party name and its election symbol in the November 3 Andheri East assembly bypoll.

In an interim order over the claims by the rival factions for control of the organisation, the Commission asked them to suggest by Monday three different name choices and also as many free symbols for allocation to their respective groups.

Thackeray had on Sunday asked the Commission to finalise one of three symbols- a trident, burning torch, and rising Sun- finalised by his camp and a name without delay ahead of the bypoll.

The Thackeray faction is contesting the bypoll. The BJP, an ally of Shinde group, has also decided to contest the bypoll.

As October 14 is the last date of filing papers, the EC decision on the alternative symbols and names of the two factions is likely soon.