'No amount of banning, oppression and frightening people is going to stop the truth from coming out' 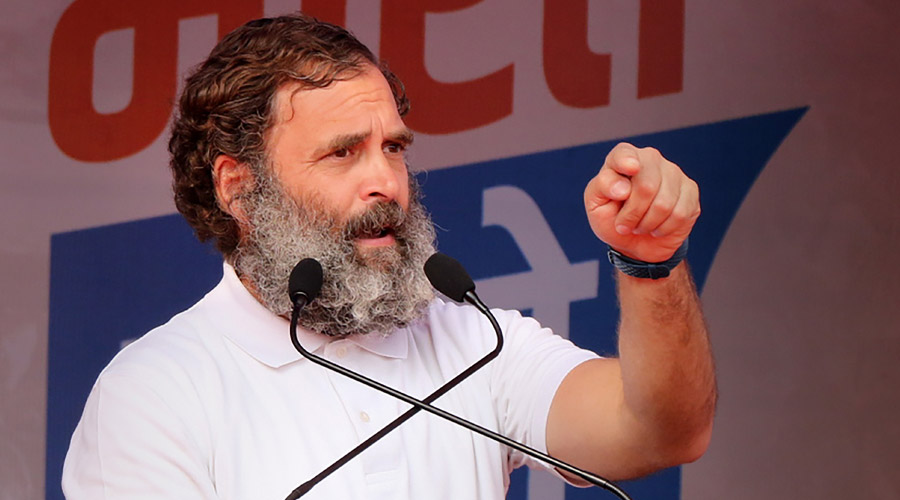 Amid a row over the controversial BBC documentary on Prime Minister Narendra Modi and the 2002 Gujarat riots, Congress leader Rahul Gandhi on Tuesday said any kind of ban, oppression and frightening people are not going to stop the truth from coming out.

The government on Friday had directed social media platforms Twitter and YouTube to block links to the documentary titled "India: The Modi Question".

The Ministry of External Affairs has criticised the documentary as a "propaganda piece" that lacks objectivity and reflects a colonial mindset.

Asked about the issue at a press conference during the Bharat Jodo Yatra, Gandhi said, "If you read our scriptures, if you read Bhagavad Gita or you read the Upanishads, you will see in it, it is written that the truth cannot be hidden. The truth always comes out."

"So, you can ban, you can suppress the press, you can control the institutions, you can use CBI, ED all the stuff, but, the truth is the truth. Truth shines bright. It has a nasty habit of coming out. So, no amount of banning, oppression and frightening people is going to stop the truth from coming out," he said.

The Congress on Saturday had criticised the government for the "censorship" of the BBC documentary, asking why had then prime minister Atal Bihari Vajpayee reminded Modi of 'raj dharma' after the 2002 Gujarat riots.

The Centre has told YouTube and Twitter to take down fresh links to the documentary if someone uploads or tweets them again, according to sources.

The MEA had condemned the BBC documentary, which has not been screened in India, alleging it was designed "to push a particular discredited narrative".

"The bias, lack of objectivity and continuing colonial mindset is blatantly visible," MEA spokesperson Arindam Bagchi had told reporters during a press briefing in New Delhi last week when asked about the controversial series.

A Supreme Court-appointed investigation had found no evidence of wrongdoing by PM Modi, who was chief minister of Gujarat when the riots broke out in February 2002.

Not familiar with BBC film: US