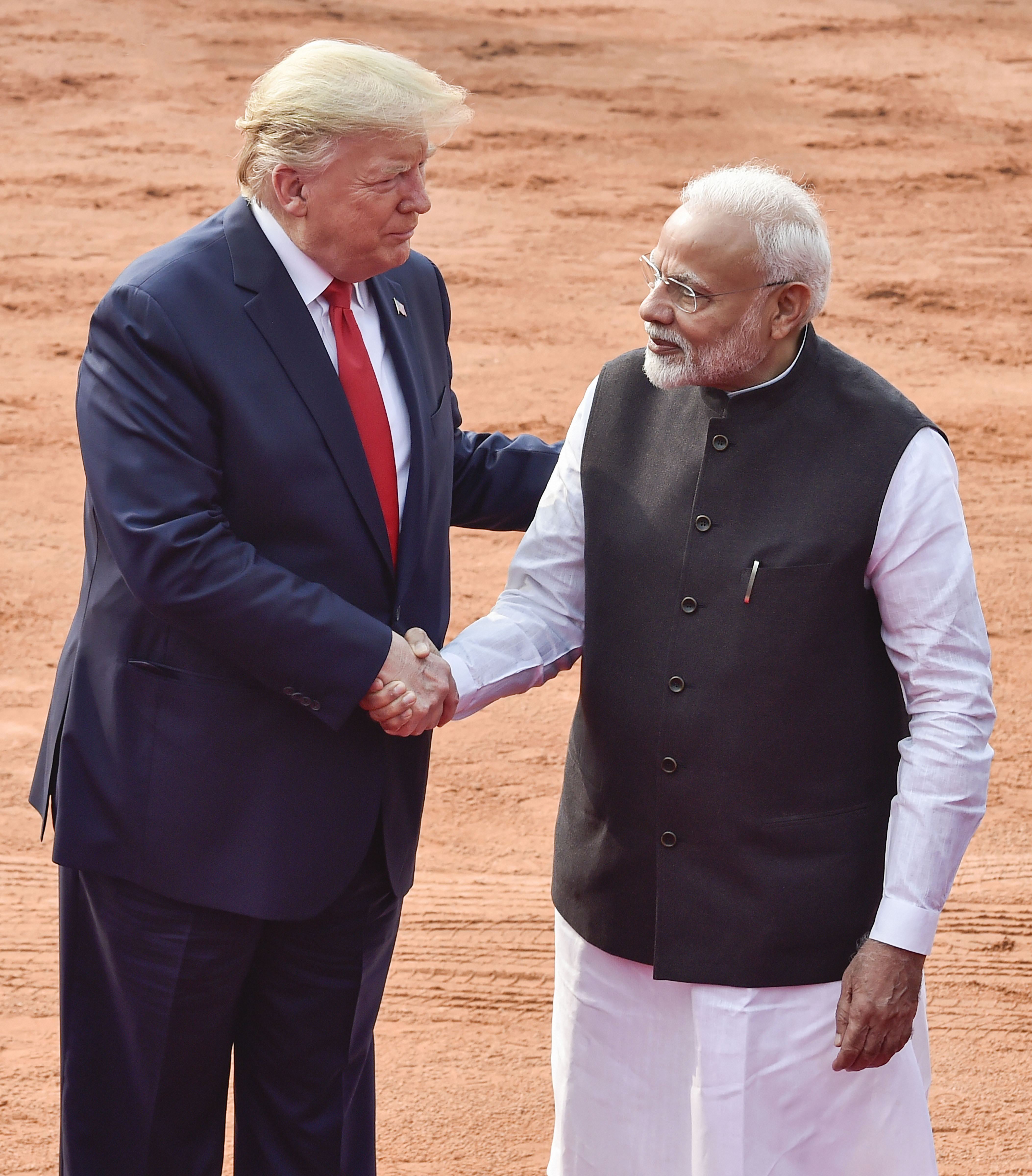 Prime Minister Narendra Modi and US President Donald Trump on Tuesday held extensive talks covering the entire spectrum of bilateral ties, including the key areas of defence, security, and trade and investment.

During their talks at the Hyderabad House in New Delhi, the two leaders are also expected to deliberate on regional issues, including the US' proposed peace deal with the Taliban, the situation in the Indo-Pacific, the threat of terrorism and the situation in the Gulf region.

After the talks, the two sides will seal defence deals worth around USD 3 billion.

The Trumps, who paid homage to Mahatma Gandhi at his memorial Rajghat here, arrived in Ahmedabad around noon on Monday for the first leg of their 36-hour India visit.

The US President was feted at the world's largest cricket stadium in the 'Namaste Trump' event and was cheered by tens of thousands of people.

From Ahmedabad, he and his delegation travelled to Agra where they visited the Taj Mahal. The US President arrived in the national capital around 7.30pm on Monday.

In his address at the massive 'Namaste Trump' event at Motera stadium in Ahmedabad, the US President announced that deals to sell state-of-the-art military helicopters and other equipment worth over USD 3 billion will be sealed between the two countries on Tuesday.

The deals will include procurement of 24 MH-60 Romeo helicopters by India from the US at a cost of USD 2.6 billion. Another contract to acquire six AH-64E Apache helicopters for USD 800 million from the US is also on the table.