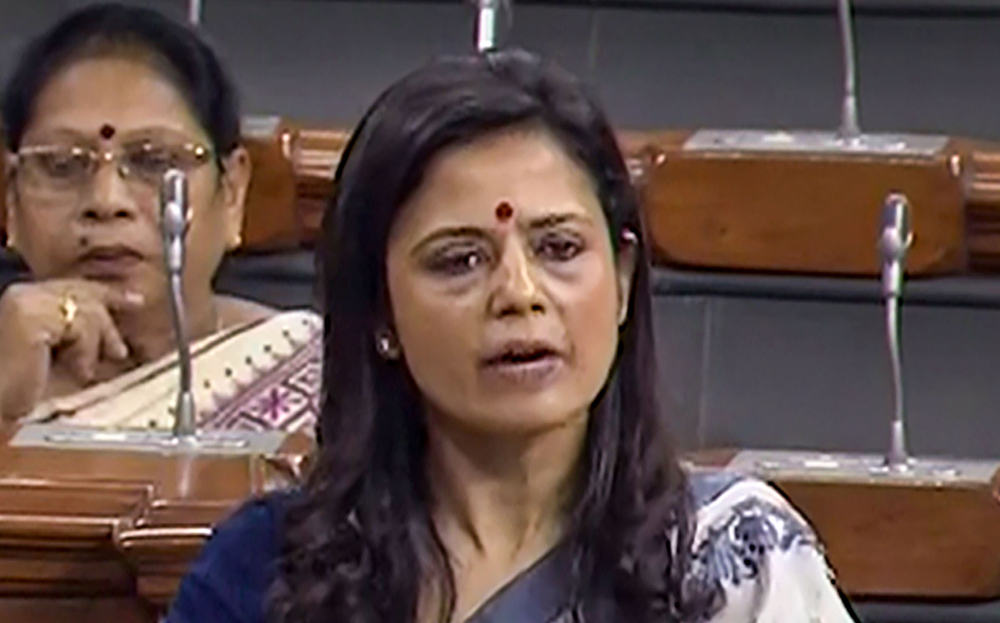 Speaking during the debate on the motion of thanks to the President’s address in the Lok Sabha, Moitra listed seven “dangerous signs” that suggest the country is being torn apart. Moitra referred to a poster in the United States Holocaust Memorial Museum containing a list of all the signs of early fascism. “Each of the seven signs I have pointed to you featured in that poster,” she said as several Opposition members and at least one BJP ally thumped their desks in the House.

The following are the seven signs Moitra listed:

The first sign: There is a powerful and continuing nationalism that is being speared into our national fabric. It is superficial, it is xenophobic, it is narrow. It has a lust to divide. It is not a desire to unite. Citizens are being thrown out of their homes and are being called illegal immigrants. People who have lived in this country for 50 years have to show a piece of paper to prove they are Indians. In a country where ministers cannot produce degrees to show that they graduated from college, you expect dispossessed poor people to show papers as proof that they belong to this country?

The second sign: There is resounding disdain for human rights that is permeating every level of governance. There has been a ten-fold increase in the number of hate crimes between 2014 and 2019. 10X. This is like the valuation of an e-commerce start-up, Sir.

The third sign: There is an unimaginable subjugation and control of mass media today. Five of the largest news media organisations in India are today either indirectly controlled or indirectly debted to one man in this country. TV channels spent a majority of airtime broadcasting propaganda for the ruling party. Coverage of every Opposition party is cut out.

The fourth sign: There is an obsession with national security — identification of enemies. When we were children our mother used to tell us to do this and do that or kala bhoot will come. It is as though all of us in this country today are in fear of some nameless, shameless kala bhoot. There is fear pervading everywhere. The achievements of the army are being usurped in the name of one man. Is this correct?

The fifth sign: The government and religion are now intertwined in this country. Do I even need to speak about this? Need I remind you that we have redefined what it means to be a citizen? With the NRC and the Citizenship Amendment Bill, we are making sure that there is only one community that is the target of anti-immigration laws. Members of Parliament these days are more interested in the fate of 2.77 acres of land than in the 812 million acres of the rest of India.

The sixth sign: It is the most dangerous. There is complete disdain for intellectuals and the arts. There is repression of all dissent, funding is being cut for liberal education, scientific temperament…. Everything we are doing is pushing India back to the dark ages.

Number seven, the last sign: There is an erosion of independence in our electoral system. The Election Commission was used to transfer key officials. Rs 60,000 crore was spent in this election; 50 per cent by one party, Rs 27,000 crore.