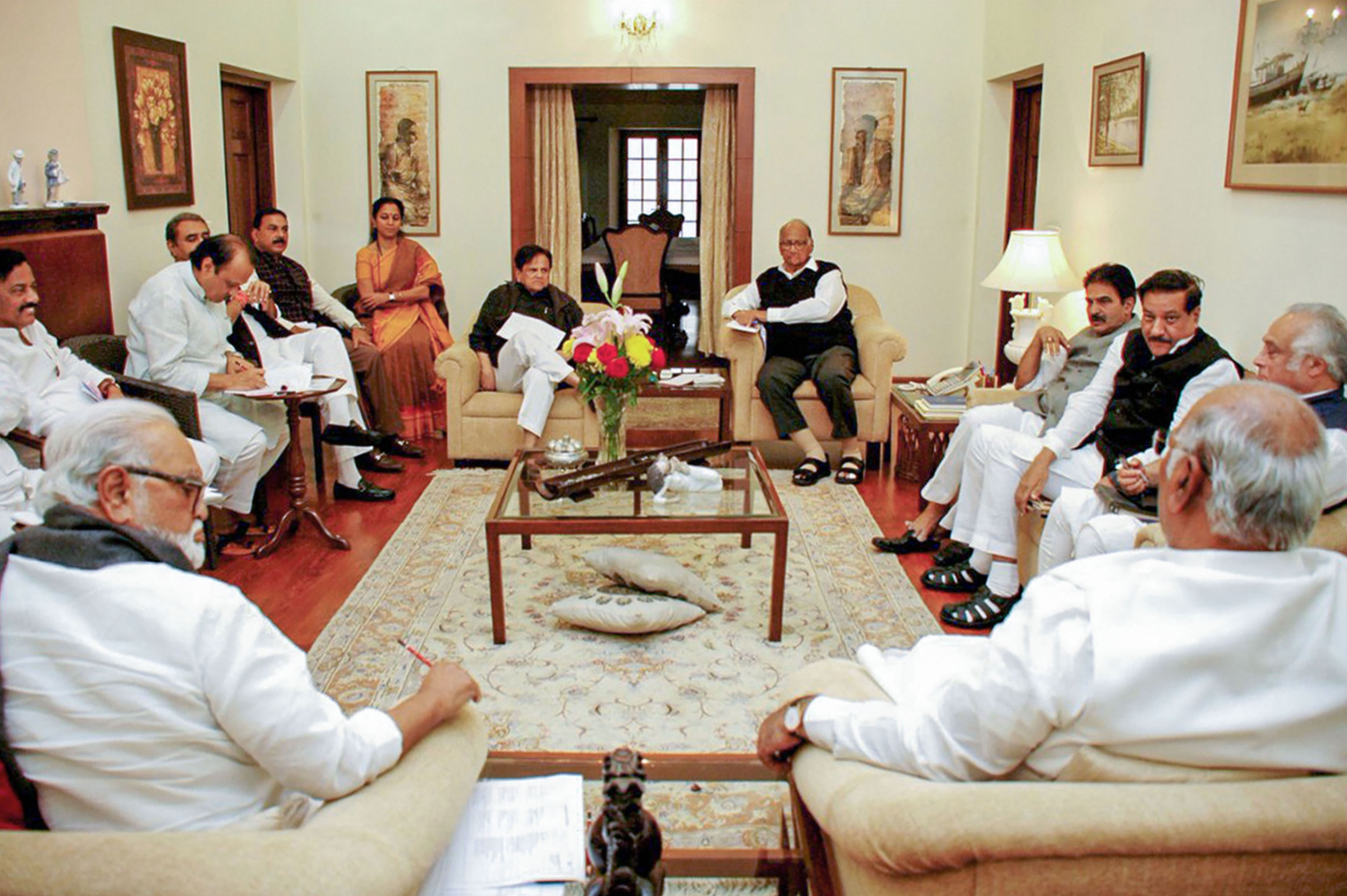 Top leaders of the Shiv Sena, the Congress and the NCP began a meeting in Mumbai on Friday to give shape to a new government to be led by the Uddhav Thackeray-led party in Maharashtra, nearly a month after Assembly poll results were announced.

NCP chief Sharad Pawar and Shiv Sena president Uddhav Thackeray are also attending the deliberations at Nehru Centre in South Mumbai aimed at giving momentum to install a non-BJP government in the country's richest state, which is under President's rule.

Kharge, while leaving for the meeting from suburban Bandra, told reporters that a decision on when to stake claim to form the government will be taken after the meeting.

Sources said deliberations will focus on finalising a common minimum programme (CMP) and power-sharing between the three parties in the new government.

Inching closer to form the government along with the Sena, the Congress and the NCP held talks with their pre-poll allies — the Peasants Workers Party, the Samajwadi Party, the Swabhimani Paksha and the CPI(M) — earlier in the day before parleys with the Uddhav Thackeray-led party.

NCP leader Jayant Patil said smaller pre-poll allies of his party and the Congress have backed the idea of forming a government with the Sena to keep the BJP away from power in the state.

'Our pre-poll allies have supported the idea of forming a government in Maharashtra to keep the BJP away from power,' Patil, who was accompanied by senior Congress leader Prithviraj Chavan, told reporters after the meeting.