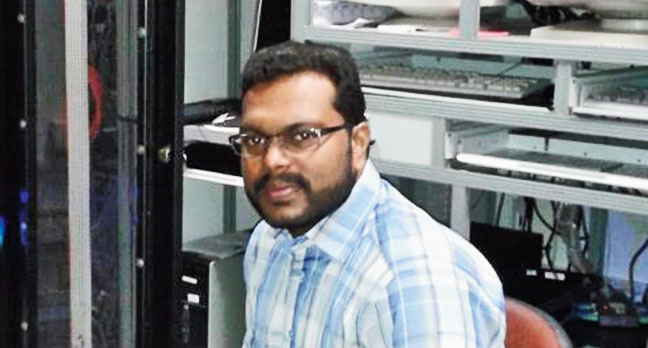 Indian and German astronomers have resolved a key puzzle about cosmic rays, high-energy particles observed for decades whose sources have remained mysteriously unseen.

The scientists have used computer simulations to validate the longstanding idea that cosmic rays with the highest energies originate in cataclysmic mergers of galactic clusters, and proposed why telescopes have failed to spot cosmic rays in such mergers.

Mergers of galactic clusters — involving thousands of galaxies — occur over billions of years but are among the most energetic events in the universe and are expected to produce X-rays, gamma rays and cosmic rays.

But telescopic observations of distant mergers that spew X-rays — a signature of a violent cosmic phenomenon — have not been able to establish gamma rays or cosmic rays from the same sources.

“Our simulations suggest that telescopes have been looking at the wrong place,” said Surajit Paul, an astrophysicist at the Savitribai Phule Pune University and associate at the Inter-University Centre for Astronomy and Astrophysics (IUCAA), Pune, who led the research.

Paul and his colleagues created a digital version of vast chunks of the cosmos, hundreds of millions of light years across, on a supercomputer at the IUCAA and watched the output — X-rays, gamma rays and cosmic rays — emanating from the merging digital galactic clusters.

They found that the features of the X-ray emissions in their simulated digital universe almost exactly matched the features of X-rays emanating from galactic mergers observed through telescopes.

But they also noticed a long time lag of about 500 million years between the X-ray emissions and the emergence of high-energy cosmic rays.

“Telescopes shouldn’t be looking at mergers throwing out X-rays but older mergers that have switched from X-ray emissions to cosmic ray emissions,” said Reju Sam John, a post-doctoral research fellow at the IUCAA.

Their findings, described in the Monthly Notices of the Royal Astronomical Society, suggest that the shock waves produced in the mergers take 1,500 million years to move from the core of the mergers to the outermost regions of the clusters. This time period explains the lag between the X-ray emissions and the emergence of the cosmic rays.

The study, funded by the Union science and technology ministry’s Science and Engineering Research Board, had collaborators from academic institutions in Puducherry and Germany.