There's no Hindu-Muslim divide when it comes to population 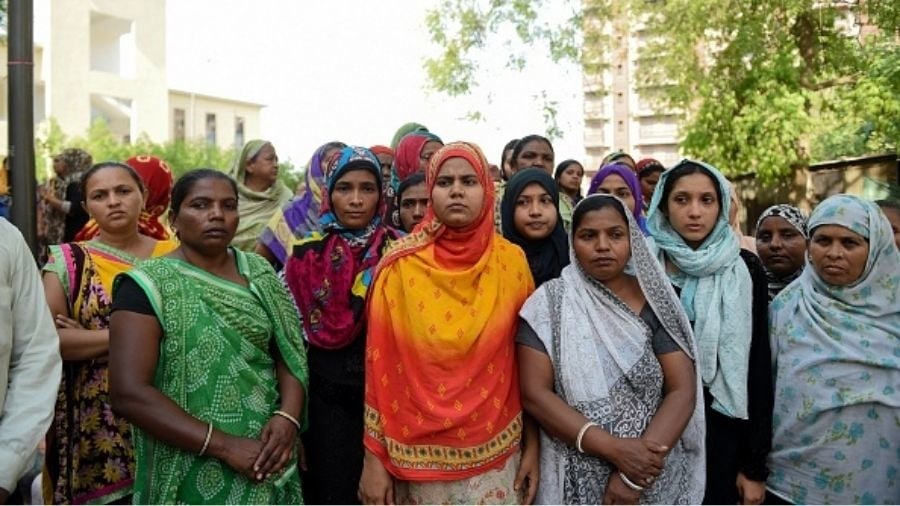 Will Hindus end up as a minority in their own country? That’s the Project Fear story that pro-Hindutva political parties sell to their followers. It has always been just a scare story and that’s borne out by the latest report by the Pew Research Center tracking the trajectories of India's religious communities.

In fact, there have been only modest changes in the overall religious makeup of the population since 1951 when India conducted its first census as an independent nation. The report says that Muslims are expected to continue to grow slowly as a share of the Indian population in the coming decades, while Hindus will remain an overwhelmingly large majority.

Even though India's population is still growing way too fast, India’s fertility rates have dropped sharply over the last 71 years and this is true among the major communities -- Hindus, Muslims and Christians – and also the smaller ones like Buddhism, Jainism and Sikhism. The Pew Research Center study looks at the religious makeup of India’s population and how it has altered between 1951 and 2011 when the last census took place.  The 2021 census has not taken place this year because of Covid-19.

"Over the decades, population growth rates have slowed considerably – overall and among Muslims in particular. Before its steep fertility declines, India was on a trajectory that would have resulted in a much larger total population, as well as a greater change in the distribution of religious population," the report notes.

The fertility rate among Muslim women is still slightly higher than other communities but has dropped sharply from 4.4 children in 1992 to 2.6 just six years ago in 2015, according to NFHS figures. The National Family Health Survey actually offers a more accurate take on fertility rates as it is a “household survey with more extensive information about childbearing than the census,” says the Pew report.

“India’s Muslim population has grown somewhat faster than other religious groups because of fertility differences. But….there have been only modest changes in the overall religious makeup of the population since 1951, when India conducted its first census as an independent nation,” the report says.

According to the survey, in percentage terms, the Muslim population grew by 4.4 per cent between 1951 and 2011, to 14.2 per cent and the Hindu population declined by 4.3 per cent to 79.8 per cent. But in absolute numbers, and these are the figures to focus on when looking at India's religious composition, in the most recent decade between censuses, Hindus added 138 million people, while Muslims grew by 34 million. India’s total population increased by nearly 200 million in that time, from about 1 billion in 2001 to 1.2 billion in 2011. Around 94 per cent of the world's Hindus live in India.

The 3 per cent of Indians who identify with religions other than Hinduism, Islam or Christianity have grown to represent tens of millions of people in the decades since independence. Sikhs, India’s fourth-largest religious group, have increased from seven million adherents in 1951 to nearly 21 million in 2011, while remaining a consistent share of India’s population at just under 2 per cent. Buddhists and Jains show a similar pattern – their numbers have doubled or tripled over the decades, while their shares have held steady, both under 1 per cent. Roughly eight million people said in the 2011 census that they did not belong to any of the six largest religious groups. Nearly all of these people volunteered some other religious affiliation. Only about 30,000 Indians described themselves as atheists.

The report says: “The general (fertility) pattern is largely the same as it was in 1992, when Muslims had the highest fertility rate at 4.4, followed by Hindus at 3.3. But the gaps in childbearing between India’s religious groups are generally much smaller than they used to be. For example, while Muslim women were expected to have an average of 1.1 more children than Hindu women in 1992, the gap had shrunk to 0.5 by 2015.”

In geographical terms in 2011, the women of the Central Indian states – Madhya Pradesh, Uttar Pradesh, Bihar, Jharkhand, Chhattisgarh, Rajasthan and Haryana– along with Assam and the Northeastern states excluding Tripura and Sikkim, have more children than other parts of the country. Women in Bihar have an average of 3.4 children followed by Uttar Pradesh with an average of 2.7 children. These states are followed by Jharkhand with 2.5 children and Rajasthan with 2.4 children.

At the other end of the spectrum, Kerala has the lowest number of births with 1.6 children per woman and Tamil Nadu and Goa at 1.7. West Bengal, Karnataka, Andhra Pradesh and Telangana have an average of 1.8 children.

The high birth rates in Uttar Pradesh mean there has been high population growth both in the Hindu and Muslim communities between 2001 and 2011. In absolute numbers, the number of Hindus grew by 25 million to 159 million during the first decade of the new century. Similarly, the number of Muslims rose by 8 million to 38 million during the same period. In Bihar, Hindus rose by 17 million to 86 million. The report notes: "Both Uttar Pradesh and Bihar have higher than average rates of poverty and, relatedly, exceptionally high fertility rates.”

In India and elsewhere, education is a primary factor in how many children women tend to have. Other prosperity indicators – such as life expectancy and average levels of wealth – also frequently correlate with fertility measures. It's a well-established fact that women who have better access to schooling, jobs and health care tend to have fewer children, the report notes.

Sikhs form 2 per cent of the population and that has stayed steady since 1951. In actual numbers, they have multiplied from 7 million to 21 million in 2011. Christians have formed 2 per cent to 3 per cent of the population since 1951 and this is unchanged.  Some Christians don’t declare their religion publicly so that they can continue to claim caste-based reservation benefits available to Hindus and others, so the number of Christians may be undercounted, the report says.

Migration as a mechanism

Migration is one of three main mechanisms, along with fertility and conversion, that cause religious groups to shrink or expand. But since the 1950s, migration has had only a modest impact on India’s religious composition. More than 99 per cent of people who live in India were also born in India. Migrants leaving India outnumber immigrants three-to-one, and religious minorities are more likely than Hindus to leave.

Religious switching, or conversion – when an individual leaves one religion for another or stops affiliating with any religion – also appears to have had a relatively small impact on India’s overall composition, with 98 per cent of Indian adults still identifying with the religion in which they were raised. notes.

Growing much too fast

Even more seriously, the report adds:  “As of 2020, India gains roughly 1 million inhabitants each month, putting it on course to surpass China as the world’s most populous country by 2030, according to the United Nations Population Division.” The Pew Research Center estimates that India is now home to about 1.4 billion people. As of 2020, the report estimates that about 15 per cent of Indians are Muslim compared with 14.2 per cent in the 2011 census, 79 per cent are Hindus versus 79.8 per cent in 2011 and  2 per cent are Christians in line with 2011.

Looking at population projections, Muslims will make up 311 million people which would be an increase of 76 per cent by 2050. But Hindus would comprise a massive 1.3 billion people.