The transgender community is the flavour of this poll season

Transgender citizens have found mention in the manifestos of major parties; the community has never been wooed so much 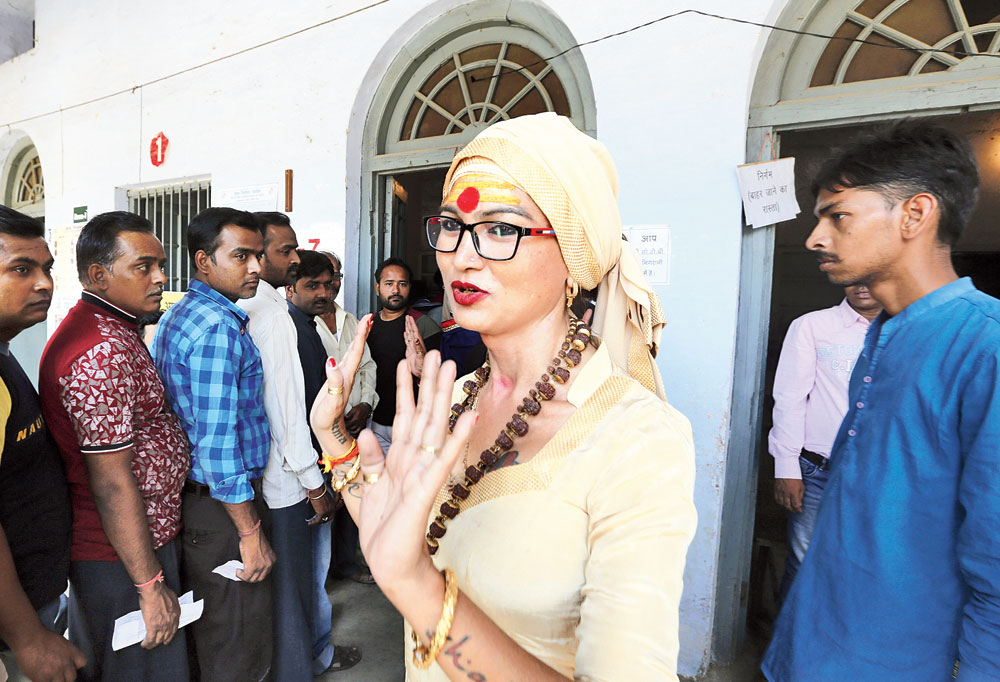 Party candidate from Jadavpur Bikash Ranjan Bhattacharya was also supposed to be present, but he did not turn up. Despite his absence, however, these meetings were exceptional. This is the first time that the community was asked to join a discussion such as this before the elections.

Not the discussion alone. The community is the flavour of the season, if party manifestos are anything to go by. Transgender persons have found mention in the manifestos of the major national parties. Both the Congress and CPM manifestos devote entire sections to them. Both parties pledge to withdraw the current Transgender Persons Bill, 2018, which many members of the community consider regressive and punishing.

The CPM manifesto talks about passing the Rights of Transgender Persons Bill, 2014, considered a fairer document, and removing the lacunae in the 2018 bill. The Congress promises to immediately withdraw the Transgender Bill, 2018, which is pending in Parliament, and to introduce a new Bill drafted in consultation with the community.

The non-electoral Dravidian manifesto of Dravidar Kazhagam, and the manifestos of the CPI, the CPIML and the CPIML RedStar also talk about transgender people.

The BJP is not that behind either. Two terse sentences that constitute the last brief section of the BJP manifesto are reserved for the transgender community. The party is committed to bring the community to the mainstream through adequate socio-economic and policy initiatives and ensuring skill-development and self-employment opportunities for transgender youth, goes its manifesto.

The community has never been wooed so much.

These polls also witnessed the highest number of transgender candidates contesting in a Lok Sabha election: 12 from various states, nine of them from south and west.

Transpersons are not new to electoral politics, said Anindya Hajra of Pratyay Gender Trust, a transgender rights collective from Calcutta. “But certainly this is a significant moment in electoral history,” she said.

A series of judgments and legislations have been the trigger for the community coming together. The landmark NALSA judgment of 2014 stated that the fundamental rights under the Constitution will be equally applicable to transgender people and gave them the right to self-identification as male, female or third-gender.

Following the judgment, Rajya Sabha member from Tamil Nadu Tiruchi Siva presented The Transgender Persons Bill, 2014, as a private member bill. It was passed by the Rajya Sabha in 2015 and introduced in the Lok Sabha but instead of deliberating on the Bill, the Union ministry of social justice and empowerment prepared another draft in 2016. The Lok Sabha passed this in December 2018. Many feel that the new bill is a nightmare in its assumptions and prescriptions about the transgender community, the very people it should be protecting.

The reaction to the new bill mobilised the community. Protests took place across the country. Last year, the Supreme Court also issued the “right to privacy” judgment and declared that adultery is no longer a crime. And this year came the decriminalisation of “the unnatural offences” under Section 377 of the IPC that was always used against transpersons.

“This new climate has created a social space in which the political agency of transcommunities has become marked,” said Hajra. Transpeople are now being seen and heard like never before, enough to grab the attention of political parties. It also explains to an extent the number of transpersons who are contesting the elections.

But this does not mean that they all represent a “liberal” school of thought.

“Contrary to the expectation that transgender politics is non-sectarian, progressive, liberal, there are numerous examples of Hindutva ideology among transgender individuals and constituencies,” said Hajra. “Laxmi N. Tripathi’s clarion call to build the Ram temple (in Ayodhya) is a case in point, though a significant number of transcommunities opposed her,” she adds. Tripathi is an erstwhile dancer/actor from Mumbai, who covers her forehead in vermilion and chandan and who loves to perform her pujas in public.

Work is another area of major concern for the community. Work, and an accommodating workplace, are two of the most difficult things to find for transgender people. At the south Calcutta meeting, Hajra pointed at the role a political party, especially like the CPM, could play in this matter. “The transgender people’s right to work should be addressed. Left labour organisations should have this perspective,” said Hajra.

Other members of the community had other suggestions. Malabika from Sappho for Equality, a Calcutta organisation for the rights of lesbian and bisexual women and trans men, was concerned if the dialogue with the party candidates would end in case the candidates did not win. Prateek Roy wondered if political parties beyond the city showed awareness of the community. Activist Pawan Dhall pointed out that the CPM manifesto mentions addressing the violence that transgender people are very often subjected to, but often the source of that violence is the political cadre.