Advertisement
Home / India / The importance of being Priyanka Gandhi 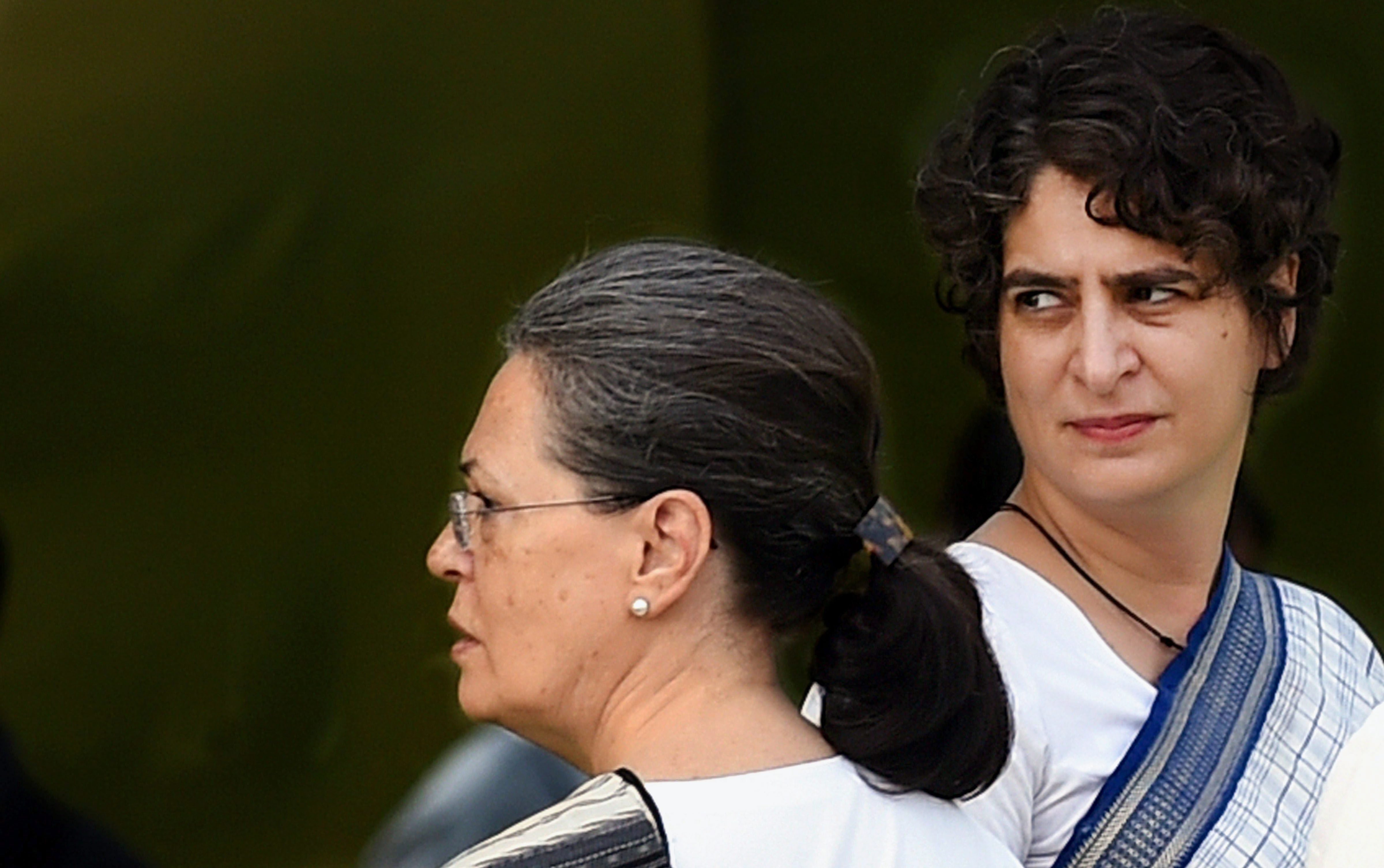 The ruling BJP-led NDA blasted Priyanka's appointment. It said the Congress is a family-run party where the "naamdars" have invariably been given precedence over the "kaamdars".
PTI file photo
New Delhi   |   Published 23.01.19, 03:59 PM

It's official. Priyanka Gandhi plans to take an active role in the next general election campaign in a move to boost the Congress's fortunes.

She'll hit the hustings in less than a fortnight's time, aiding elder brother Rahul, who's the Congress president, in the key state of Uttar Pradesh. Priyanka, who is widely regarded as a natural campaigner, will oversee eastern Uttar Pradesh which encompasses Prime Minister Narendra Modi's constituency of Varanasi as well Gorakhpur, the stronghold of chief minister Yogi Adityanath.

Priyanka's mother Sonia had long said that her daughter, who is a mother of two, would take the political plunge when she was ready to do so.

Now it seems that it is indeed the case that Priyanka wants to be an important player. Rahul described his sibling as 'very capable' and said he was 'very happy' Priyanka would be helping him in Uttar Pradesh that has 80 Lok Sabha seats. Rahul said the party aimed to play 'from the front foot, not the backfoot' in the key battleground state where the Congress has fallen behind in recent years.

At the same time, Congress workhorse Jyotiraditya Scindia, fresh from the party's triumph in the Madhya Pradesh Assembly elections, has been given charge of western UP. This virtually covers the most populous state in the country which long played a pivotal role in forming governments.

The moves brought swift criticism from the ruling BJP-led NDA which blasted the appointments and said they were to be expected as the Congress is a family-run party where the 'naamdars' have invariably been given precedence over the 'kaamdars'. However, the Samajwadi Party and the Bahujan Samaj Party, which have joined hands for the 2019 Lok Sabha elections to keep the saffron forces at bay, were muted in their reaction to the Congress announcement. But the Congress move is bound to give the parties much food for thought.

The two regional satraps, Akhilesh Yadav (SP) and Mayawati (BSP), had left out the Congress in their partnership as they believed it would be a futile exercise. But to avoid any bad blood, they announced that they had left the two constituencies of Rae Bareli and Amethi for the Congress.

For his part, Rahul made it a point to tell the media following the announcement about his sister joining the UP political fray that he had great regard for Akhilesh and Mayawati.

The decision to bring in Priyanka, who turned 47 this month, has created an optimistic buzz in the Congress rank and file. Priyanka's involvement in Uttar Pradesh goes back a long way. Initially, she had helped her late father Rajiv Gandhi on the campaign trail in Amethi.

Subsequently, she also toured Rae Bareli, seeking to stand in for her mother, former Congress president Sonia Gandhi. She was well liked by the constituents and became very popular in both those places.

Highly rated for her 'people skills,' Priyanka's the spitting image of her late grandmother, and former Prime Minister Indira Gandhi - something that's brought her great popularity among voters. Priyanka's also known for draping her sarees in the same way as her grandmother and talking in the same forthright manner with voters.

No one should dismiss Priyanka's electoral talents and what she can bring to the Congress campaign lightly.

In addition, the fact this announcement comes barely 90 days before the general elections means Opposition parties may have to redraw their strategy. The fact that Priyanka is making her formal political debut from UP will carry weight in that state. Observers also suggest that Muslim voters who are looking at Mayawati differently as she has aligned with the BJP in the past, now have another choice to consider.

In addition, with upper-caste Brahmins who were considered a solid BJP vote bank but who now are feeling disillusioned with the party for a variety of reasons, they've got a fresh option.

For his part, Rahul has made it clear the Congress is out to win in UP, which was a bastion of the party until the 1980s. He says the party is 'striving to revive and enthuse people at the grassroots level.'

There's already speculation that Priyanka could replace her mother in contesting the Rae Bareli seat, long viewed as the pocket-borough of the Nehru-Gandhi family. However, barriers to Priyanka taking a more prominent political role could emerge from the serial controversies surrounding her husband Robert Vadra's land deals. This means the party's going to have to tread carefully to keep Priyanka from political pitfalls.