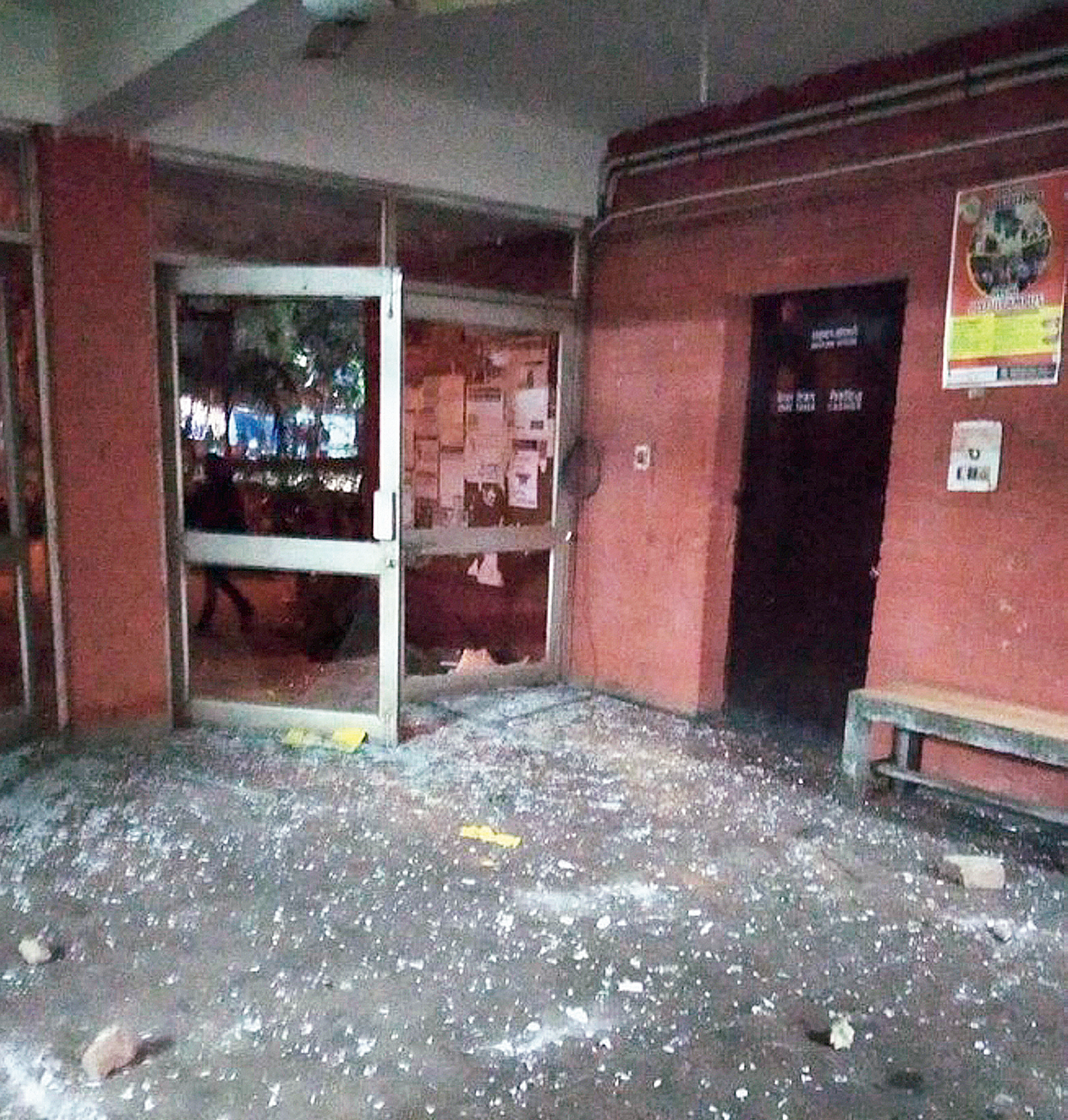 The teachers’ community on Sunday night blamed JNU vice-chancellor M. Jagadesh Kumar for the campus violence, which it said was an attempt to “terrorise the students”, and demanded his immediate removal.

The Federation of Central Universities’ Teachers Associations (Fedcuta), which represents the teachers of all the 40-odd central universities, “unequivocally condemn(ed) the violence unleashed on the students and teachers of JNU by armed goons, orchestrated by the JNU VC and his henchmen”.

A statement from federation president Rajib Ray said: “The violence that has gone on now for two days and continued unabated for several hours today is a brazen attempt by the administration to terrorise the students and teachers who have bravely put up an unwavering fight to defend the university.”

It claimed police complicity, citing the force’s failure to intervene, and demanded “protection for the students and teachers” and the “immediate removal of the JNU VC”.

Ray told The Telegraph that VC Kumar was entirely responsible for the prolonged agitation against a hostel fee hike that led to Sunday’s violence.

“The VC never bothered to solve the fee hike issue. He made the students continue their agitation,” Ray said.

Foreign minister S. Jaishankar, a former JNU student, tweeted that violence went against the tradition and culture of the university.

A tweet from the home minister’s office said Shah had “spoken to Delhi police commissioner over JNU violence” and ordered an inquiry by a joint commissioner-level officer, seeking a report “as soon as possible”.

Finance minister Nirmala Sitharaman, a JNU alumna, condemned the violence and said the government “wants universities to be safe spaces for all students”.

HRD minister Ramesh Pokhriyal tweeted that the violence was “very worrying and unfortunate” and appealed to the students to “maintain dignity and peace in the university”.

“If our universities and those who study and work in them cannot be protected from such atrocities, how can we claim to be a civilised nation?” it said.

Students of the Film and Television Institute of India, Pune, staged a protest on their campus condemning “the violence of ABVP goons” at JNU, a PTI report said.