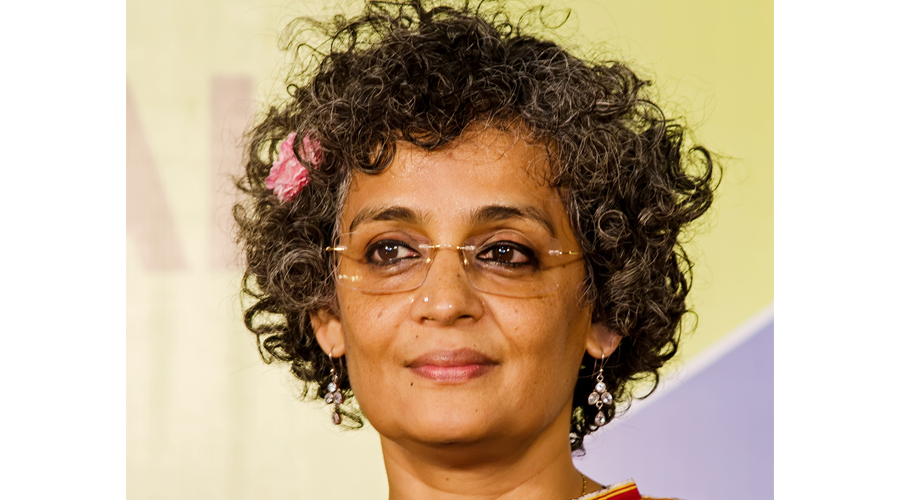 A state-run university in Tamil Nadu has removed noted writer Arundhati Roy's 'Walking with the Comrades,' book from the syllabus of MA English course following complaints, including from RSS affiliate ABVP that it glorified the ultras and was anti-national in content.

Opposition parties, the DMK and CPI(M), have opposed the move to take the book off the syllabus that chronicles the author's journey to hideouts of Maoists in Chhattisgarh and the way they operated out of the jungles.

The BJP, however, defended the ABVP for demanding the removal of the book from the syllabus.

The book has been part of the syllabus from the 2017-18 batch for the third semester of MA in English Literature of Tirunelveli-based Manonmaniam Sundaranar University's affiliated colleges.

"Last week we got a written complaint from the ABVP. Subsequently, there were lots of other representations. We received complaints from our syndicate members as well," MSU's Vice-Chancellor K Pitchumani told PTI.

Such complaints underscored the 'controversial' contents in the book and wanted it to be deleted from the curriculum for students, he said.

Hence, a committee comprising senior academicians was set up to look into the matter. The former chairman of the board of studies who framed the syllabus and the incumbent chief was also part of it, he said.

"The committee met on Wednesday and they decided the withdrawal of the book from the syllabus for its sensitive nature and in its place, a book of Padma awardee and naturalist, M Krishnan's 'My Native Land, Essays on Nature' has been included," he said.

"This has been implemented immediately," he added.

Krishnan (1912-96) was a renowned naturalist, a pioneer in Indian wildlife photography and writer and he was awarded the Padma Shri in 1969.

The decision would be approved at a meeting of the university's Standing Committee of Academic Affairs, he said, adding they were not for 'controversy' since academics alone were important.

Asked if the 'sensitive' nature of the book was not taken into account when it was included in the syllabus, the top university official said "probably it went unnoticed".

However, as soon as representations were received against the book, prompt follow-up action was taken, he said.

"It is a matter of regret that this book has been part of the syllabus for the past three years. Through this, the Naxal and Maoist ideology has been imposed on the students," the ABVP said demanding the book's withdrawal.

Roy's interaction with Maoists and her visits to forests where she met them first appeared in an English magazine in 2010 and it was later published as a book.

The RSS's official organ 'Organizer' also had days ago reported on ABVP urging the university to withdraw the book from the syllabus.

DMK women's wing secretary and MP Kanimozhi said in a tweet that power and politics deciding "what is arts, what is literature and what the students should read" would destroy the pluralistic feature of the society.

CPI(M) Lok Sabha member S Venkatesan said on his Twitter handle that the removal of the book was condemnable and wanted the move rescinded.

The Tamil Nadu Progressive Writers and Artistes Association general secretary Aadhavan Dheetchanya condemned the removal of the book from the syllabus.

National president, BJP Mahila Morcha, Vanathi Srinivasan defended the ABVP and said it was not the only organization that objected to Arundhati Roy's book forming part of the syllabus.

The ABVP was one of the organizations that demanded its removal from the syllabus, she said.