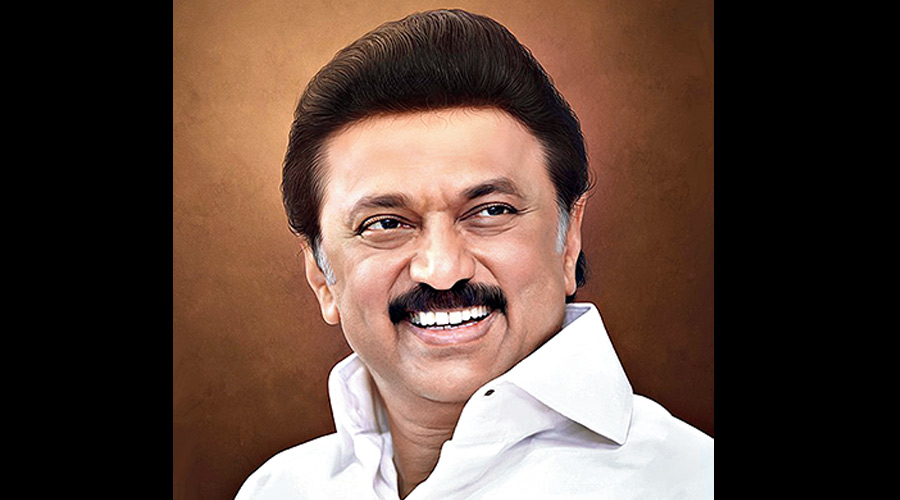 The Tamil Nadu Assembly on Thursday unanimously adopted a resolution urging the Centre to come forward to immediately implement the Sethusamudram ship canal project without any further delay.

The main opposition AIADMK said that the views of fishermen should be ascertained and past dredging work for the project should be analysed and if it is going to hugely benefit the people, it would support.

Pollachi V Jayaraman spoke on behalf of his party. BJP's Nainar Nagendran said his party would welcome it if it did not cause any damage to the Ram Sethu.

The project had the Nehru-led Cabinet nod in 1963 and it was part of the Fourth Five Year Plan. Annadurai had demanded the implementation of the project in 1967 after becoming the Chief Minister. Annadurai, popularly known as Anna and Perarignar (great scholar) Anna is an iconic leader and founder of the DMK.

Stalin recalled that in 1972 late Chief Minister M Karunanidhi had urged the then Prime Minister Indira Gandhi to implement the project.

In 1998, when Atal Bihari Vajpayee was the Prime Minister, fund allocation was made for the project work and chose the alignment.

In 2004, after the Congress-led UPA captured power, Rs 2,427 crore was allotted and when the project work was half-complete BJP's opposition to the project due to 'political reasons' became a stumbling block.

Stalin said late AIADMK supremo, J Jayalalithaa who had supported the project from the start, suddenly changed her stand and knocked the doors of court against it. Had there had been no political stumbling blocks, there would have been a lot of benefits after the project's commissioning about 10 years ago.

Citing Karunanidhi's views on the project's several uses including economic benefits, the CM said it would lead to increase in foreign exchange earnings and spur growth of industry, commerce and maritime trade.

Fishermen's stand of life and their economic status would rise. More than 50,000 people would get direct and indirect employment opportunities continuously.

The canal would facilitate movement from Gulf of Munnar to Palk Straits. Coastal security would be strengthened and handling of transhipment cargo would not go to ports in foreign countries including Sri Lanka. The distance and travelling time of ships would reduce and the cargo handling capacity would increase.

"All these would have happened. I am not inclined to talk in detail about the political reasons for the project not taking off." A Sethusamudram project related matter is in Supreme Court.

The BJP-led Centre had said that it would implement the project in an alternative alignment. "A Union Minister (Jitendra Singh) has stated in Parliament that it was difficult to pinpoint the structure in Rameswaram sea area. I urge the House to adopt the resolution, which is based on the thought that the Sethusamudram project should be implemented through struggle and persuasion (by persuading the Centre), when the BJP government has taken such a stand." The government resolution said that the "Sethusamudram project is essential to strengthen the economic development of Tamil Nadu and India." It recalled that the 'great project' was originally conceived in 1860 by Commander Taylor at a cost of Rs 50 lakh. On July 2, 2005, the then Prime Minister Manmohan Singh inaugurated the project in the presence of Karunanidhi and Sonia Gandhi.

"...Union Minister stated in the Parliament that it would be very difficult to say about the type of structure seen in the Rameswaram coast. Given the current stand of the Union government, this House expresses concern that the continued delay in execution of this project will be a stumbling block for the development and growth of Tamil Nadu." "This august House is of the considered view that the attempts to further delay the implementation of this project by certain forces is against the interest of our nation's growth.

Considering this, this House resolves that the Union government should immediately come forward to implement this important Sethusamudram project without any further delay and that the government of Tamil Nadu would provide all cooperation for the implementation of the project." After MLAs spoke, Speaker M Appavu announced that the resolution was adopted unanimously.