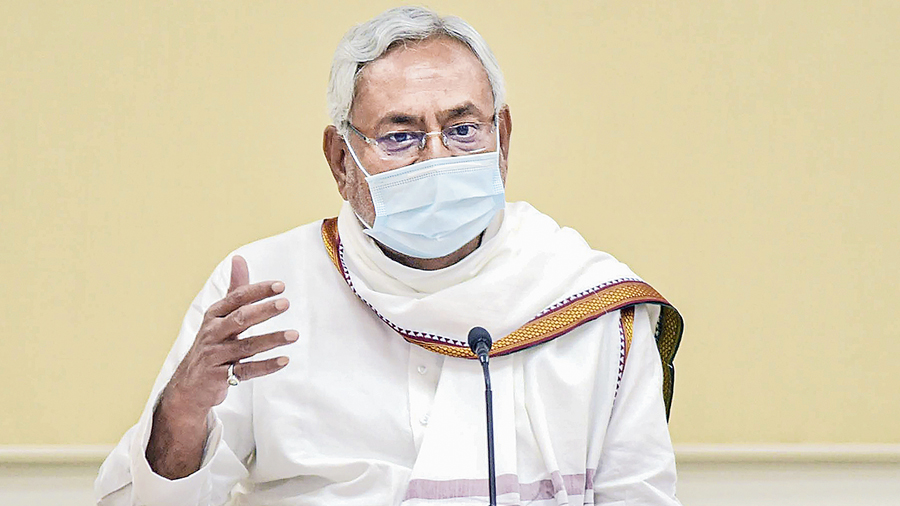 A day after the Centre announced the results of its annual cleanliness survey (Swachh Survekshan), the Opposition raised a stink over the dismal performance of the cities in Bihar in a bid to corner chief minister and Janata Dal United chief Nitish Kumar, leaving the ruling NDA trying to save its face.

State capital Patna has achieved the dubious distinction of being the dirtiest among the 47 cities having a population of more than 10 lakh. Similarly, Gaya was ranked at the bottom among 382 surveyed cities with a population between 1 lakh and 10 lakh. In fact, five other cities — Buxar, Bhagalpur, Parsa, Biharsharif and Saharsa — joined Gaya to figure among the bottom 10 out of these 382 cities.

“What’s up Nitish, Sushil? Won’t you blame me for this? The people of this alleged good governing and self-advertising government will not be feeling ashamed over this,” Lalu tweeted on Friday along with a map showing six Bihar cities ranked among the dirtiest 10 in the survey.

Lalu’s son and leader of the Opposition Tejashwi Prasad Yadav also took potshots at Nitish over Patna being ranked as the dirtiest among bigger cities. “Crores of congratulations to 15-year chief minister Nitish Kumar over Patna achieving the number one position in dirtiness in the country,” Tejashwi tweeted.

Not to be left behind, the Congress also denounced the Bihar government and questioned Nitish over the state’s dismal performance and where the huge sums of money spent on the cleanliness drive went. “The Nitish (Kumar) government has claimed that thousands of crores of rupees have been spent on the cleanliness drive and smart city initiatives but Bihar is at the lowest rung in the cleanliness survey done by the central government and smart city Patna is the dirtiest. The survey has not been done by the Congress but by the BJP-led government at the Centre. Has the expenditure been carried out only on paper? Nitish should answer this question,” Congress MLC Prem Chandra Mishra said.

The Congress leader demanded that urban development minister Suresh Sharma be sacked and Nitish own responsibility for the dismal performance by the state.
Sharma, a senior BJP leader, appeared to be on the backfoot, when asked about the poor performance of Bihar cities on cleanliness parameters.

“Patna ranked low because the entire city witnessed massive drainage works in the wake of last year’s deluge. The entire focus of the municipal corporation was on the drainage work. It was but natural that other areas would become neglected. We have been victorious in controlling water-logging to a large extent. We have purchased various cleaning machines for the city and its cleanliness rankings will improve,” the minister told The Telegraph.

Asked about the poor performance by several other cities, he admitted that there was a “need to work harder” on this front. He pointed out that the cities should have a garbage management plan to improve cleanliness.

“Unless there is a proper garbage management plan and bioremediation plants to turn garbage into fertiliser is not installed in the cities, their cleanliness rankings will not improve. We have called for tenders for such plants. We are sure that their rankings will shoot up in next year’s survey,” he added.
Calls to JDU spokespersons were not answered.

Sources said that Nitish was peeved at the low ranking of Bihar cities in the cleanliness survey.