Both privileges committee and state government are within their rights to look into causes of violence and recommend remedial measures, the 188-page judgment read 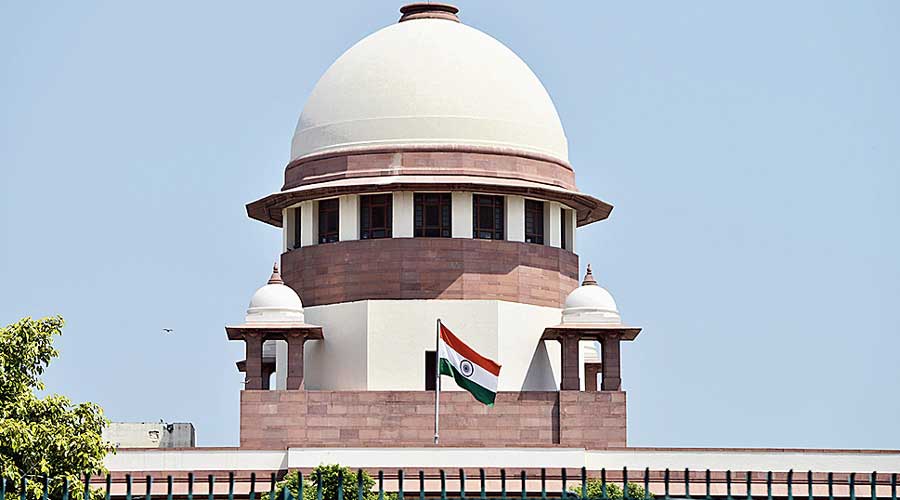 The Supreme Court on Thursday upheld the summons that Delhi Assembly’s privileges committee had issued to Facebook vice-president Ajit Mohan last year over allegations that the company’s inaction against hate content had worsened the February 2020 riots in Delhi.

The bench of Justices Sanjay Kishan Kaul, Dinesh Maheshwari and Hrishikesh Roy chastised Facebook for arguing that an “intermediary” like it was neither liable for adverse posts nor amenable to the privileges committee’s jurisdiction, asserting the social media platform’s role was “not as innocuous”.

It rejected the contention of Facebook and the Union government that since law and order in Delhi and information technology were central subjects, the Delhi Assembly lacked jurisdiction to examine issues relating to the riots.

Both the privileges committee and the state government are within their rights to look into the causes of the violence and recommend remedial measures, Justice Kaul, who wrote the 188-page judgment, said.

He, however, frowned on privileges committee chair Raghav Chadha’s act of addressing the media after issuing the summons and saying that Facebook could be made a co-accused in the communal riots case.

“Ultimately, it is the state government and the state Assembly which has to deal with the ground reality even in the dual power structure in Delhi. If we may say so, it is only the factum of Delhi being the capital and the sensitivities arising therefrom in respect of public order or police which has possibly persuaded these powers to be retained by the central government,” the apex court said.

“We cannot say that informed deliberation inter alia on the best measures through which online mass hate and violence in their geographical jurisdiction can be addressed would not be within the committee’s area of competence as it would undermine the very purpose of a vital democratic polity.”

The February violence, which followed an Assembly election that the BJP lost after running a provocative campaign, had left 53 people dead. Media reports had said that hateful comments on Facebook by Right-wing Hindus that the social media platform had failed to clamp down on had aggravated the riots.

The apex court judgment described governance in Delhi as a “collaborative effort between the Centre and the state” and said the House panel was not “transgressing into any fields reserved for the Union government”.

“The complexity of communal tensions and their wide-ranging ramifications is a matter affecting citizens of Delhi and it cannot be said that the government of NCT of Delhi cannot look into the causal factors in order to formulate appropriate remedial measures,” it said.

“Appropriate recommendations made by the state government in this regard could be of significance in the collaborative effort between the Centre and the State to deal with governance issues.”

“We are of the view that because of the pervasive impact of the riots, the (privileges) committee could legitimately attend to such grievances encompassing varied elements of public life. Thus, it would be entitled to receive information and deliberate on the same to examine their bearing on peace and harmony without transgressing into any fields reserved for the Union government in the Seventh Schedule.”The judgment noted that the committee’s summons had been “fuelled by an article published in The Wall Street Journal on 14.8.2020”, titled “Facebook’s Hate-Speech Rules Collide with Indian Politics”, which alleged lapses on the part of Facebook India in addressing hate content and a broad pattern of favouritism towards the ruling party and Hindu hardliners.

The Committee on Peace and Harmony (privileges committee) then issued a notice to Mohan, vice-president and managing director of Facebook India Online Services Private Limited, asking him to appear before it on September 2, 2020.

The notice said the committee would seek Facebook India’s views on “safeguarding citizens’ rights and prevention of misuse of social/online news media platforms including special emphasis on women security in the digital space”.

Facebook challenged the summons on the ground of jurisdiction.

“This case is a preventive endeavour by the petitioner (Facebook) to preclude the respondents from even considering the aspect of privilege by seeking this court’s intervention at a pre-threshold stage, only on the premise of the absence of legislative power,” the apex court said.

The apex court rejected Facebook’s contention, presented through senior advocate Harish Salve, that the company should not be dragged into a political fight between the central and Delhi governments.

“We are, however, not impressed with the argument of Mr Salve that the petitioners cannot be drawn into what is perceived to be a political divide,” Justice Kaul said.

“Facebook is a platform where such political differences are reflected. They cannot wash their hands of the issue as this is their very business. As noticed earlier, their role is not as innocuous as they are seeking to contend.”

The bench disapproved of the conduct of committee chair Chadha, who had claimed the material placed before the panel had resulted in a “preliminary conclusion” and “prima facie it seems that Facebook has colluded with vested interests during Delhi riots”.

The apex court said: “The aforesaid statements and conclusions are completely outside the remit of the committee and should not have been made. That it may give rise to apprehension in the minds of the petitioners can also not be doubted.”

SC: FB must appear before panel