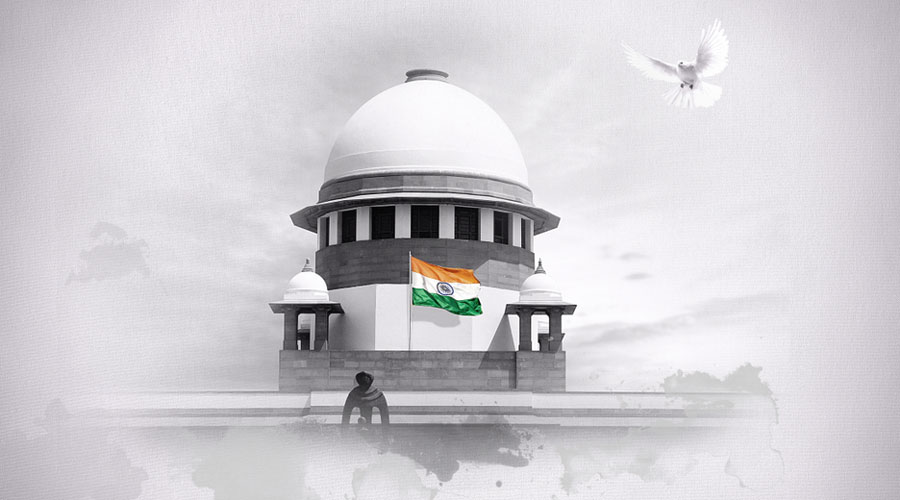 The Supreme Court on Monday issued notices to the Centre, Central Vigilance Commission, the Enforcement Directorate and its incumbent director Sanjay Kumar Mishra on the alleged illegal one-year extension granted by the government retrospectively to the officer.

A bench of Justices L. Nageswara Rao and S. Ravindra Bhat sought response on the PIL filed by NGO Common Cause through advocate Pranav Sachdeva alleging that Mishra had been granted “illegal retrospective change in appointment order” by which his tenure has been increased from two to three years.

Appearing before the bench, advocate Prashant Bhushan submitted that Mishra could not have been given any extension since he had already superannuated and such illegal extensions have an effect of destroying the supposed independence of the office of ED director.

He sought quashing of the impugned office order, dated November 13, 2020, issued by the central government and a direction to make a fresh appointment in a fair and transparent manner strictly in accordance with the mandate of Section 25 of the Central Vigilance Commission Act, 2003.

As per Section 25(a) of the CVC Act, the central government appoints the ED director on the recommendation of the committee consisting of the Central Vigilance Commissioner as chairperson, vigilance commissioners as members and secretaries of the Union home, personnel and finance ministries as other members.

Further, Section 25(c) of the Act provides that no person below the rank of additional secretary shall be eligible for appointment as a director of enforcement and Section 25(d) provides that he shall continue to hold office for a period of not less than two years from the date on which he assumes office.

In the present case, the NGO contended that Mishra, vide an order dated November 19, 2018, was appointed as the ED director for a period of two years from the date of assumption of charge of the post or until further orders, whichever is earlier. The said two-year tenure came to an end on November 19, 2020. Mishra also reached the retirement age of 60 years in May 2020, the petition said.

However, vide the impugned office order of November 13, 2020, it was notified that the President has been pleased to approve the modification in the earlier order dated November 19, 2018, appointing Mishra as the ED director to the effect that a period of “two years” has been modified to “three years”.

“Thus, by virtue of the impugned Office Order, dated 13.11.2020, the appointment order dated 19.11.2018 has been modified with retrospective effect and the Respondent No. 2 (Mishra) herein has been given an additional one year of service as Director of Enforcement in the Enforcement Directorate,” the petition said.

“However, the Respondent No. 1 has employed a circuitous route in order to ensure that Respondent No. 2 gets one more year as Director of Enforcement by way of retrospectively modifying the appointment order dated 19.11.2018 itself,” the petition said.