‘Not using campus facilities; parents not in a position to pay’ 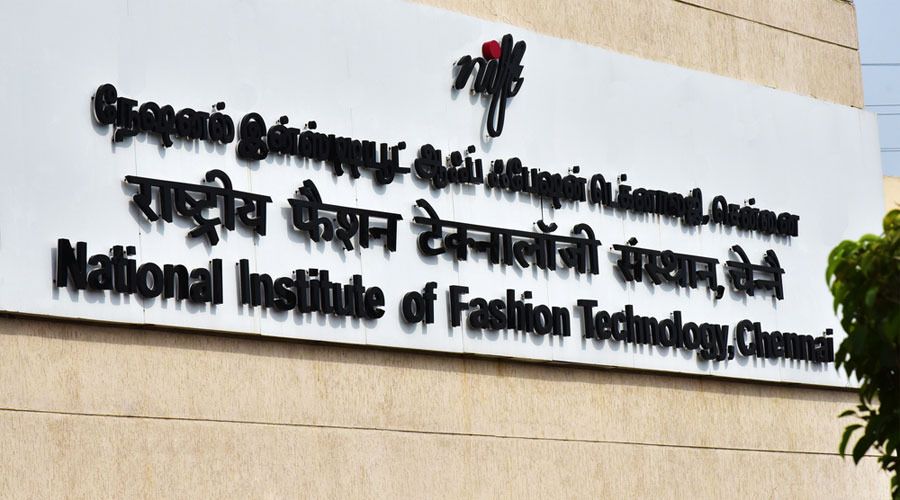 Several students of the National Institute of Fashion Technology (NIFT) have written to senior administrative officials and the textiles ministry to waive a part of their fees in view of the pandemic.

The students have pointed out that they are not availing themselves of several of the on-campus facilities for which they are charged and that their parents are not in a position to pay the entire fee amount because of the economic fallout of the pandemic during which many have lost jobs or taken salary cuts.

The flurry of emails have been prompted by the NIFT’s warning to students a fortnight ago that they would be punished if they protested against the fees on social media. The NIFT, which has 16 campuses across India including in Calcutta, Mumbai and Delhi, has in its “Social Media Policy 2020” said that students would face debarment from exams and placements if they “malign NIFT, its policies and employees”.

Students told this newspaper that several of them have either deleted their social media accounts or created accounts with fictitious identities or formed groups on Telegram, a chat app where messages get deleted automatically after some time, to evade detection by the authorities.

The NIFT is a statutory body under the Union ministry of textiles. Fees for the Bachelor of Design and the Bachelor of Fashion Technology courses range from Rs 1.1 lakh to Rs 1.2 lakh for resident Indians per semester, and Rs 5.2 lakh to Rs 8.6 lakh for NRIs per year.

The total amount includes library fees, Mediclaim and a Student Development Fee that add up to Rs 10,000 to Rs 12,000 per semester for resident Indians, and Rs 49,000 to Rs 80,000 per year for NRIs. A circular issued by Vijay Kumar Dua, head (academic affairs), on Tuesday stipulated September 7 as the last date for paying the fees.

In a letter emailed to several officials, including NIFT director-general Shantmanu, Prof. Dua and the directors of all the campuses, the students have demanded a 30 per cent reduction in the fees as they are not using the labs, libraries and other facilities on the campuses, which have been closed since the lockdown began in March-end and classes shifted online.

The letter says: “…We are therefore not using the labs and the required atmosphere for our studies, hence the majority of facilities are cut directly on our part…. Since the beginning of the first lockdown (end of March), students residing in the hostel haven’t used the facility and thus paying for the amenities like electricity, water, Wi-Fi, etc., without any usage seems difficult on our part and more importantly futile.”

The letter added: “As we are dealing with this pandemic together, we would also request you to consider that due to Covid-19, apart from a huge loss in employment and a considerable fall in the economic status of the people, our parents are not in a state of providing the considered amount as per the given fee structure… while acknowledging the fact that a certain part of our fee is converted into the salaries of faculties and staff members of the institution. Therefore, we would like to propose a minimum of 30% reduction from our fee structure.”

DG Shantmanu did not respond to an email from this newspaper. Dua directed this correspondent to the NIFT’s corporate communications cell, which had also not responded to queries when this report was filed.

A B.Des student of the Kangra (Himachal Pradesh) campus told The Telegraph: “We left everything in our hostel rooms. During the lockdown, I was asked to make prototypes, or sample pieces of clothing, which required us to go out to tailors and workshops that were still functioning, in order to get the job done. We’ve spent out of our own pockets for this.”

The campuses have workshops, and the students would not have had to get work done outside by making payments had they been open. The NIFT has not said anything about reimbursing these expenses.

The student said: “A student who had to make leather bags for a project spent around a lakh. Normally, we could do this job on campus. We are learning stitching through our online classes now. It is impossible to learn stitching online.”