Sonia Gandhi meets leaders of G-23 at her residence 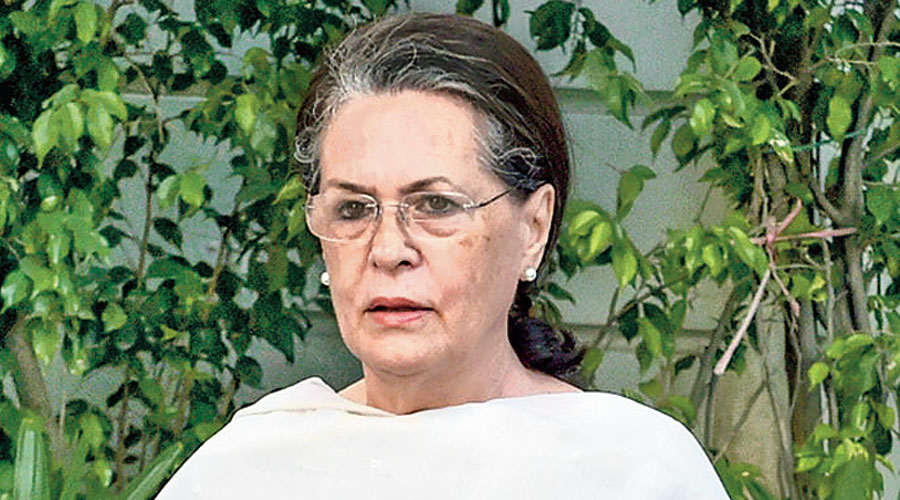 It is learnt that during the meeting, the leaders suggested ways to strengthen the party and revive it to help take on the BJP in the next round of elections.

According to the party sources, Gandhi is likely to meet some more leaders of the G-23 in the coming days. Tuesday's interaction was part of the series of meetings that the Congress top leadership is having with some of the leaders who have raised critical organisational issues and have suggested measures to revamp the party.

These meetings are being held amidst indications that some of the G-23 leaders may be accommodated in the Congress Working Committee or a new body like the Parliamentary Board, which will be responsible for all policy decisions including finalising chief ministerial candidates and tie-ups with like-minded parties in states.

The group is also reportedly seeking the ouster of some Rahul Gandhi loyalists from key AICC positions and top on their target are AICC general secretary Organisation KC Venugopal, chief spokesperson Randeep Surjewala and general secretary Ajay Maken. Sources said one or more may be shifted to placate the dissident group.

Another Congress Rajya Sabha MP and a leader of the G-23, Vivek Tankha, was also present during the meeting.

While Anand Sharma is the Deputy Leader of the party in the Rajya Sabha, Tewari is the Lok Sabha MP from Anandpur Sahib in Punjab.

Azad, on the other hand, is learnt to have met some other leaders of the grouping.

Sources said the leadership is open to suggestions from the G-23 and has reached out to them in a bid to resolve the differences within and work out a resolution to strengthen the party.

Last week, Gandhi had personally called up Azad and held discussions with him, days after the informal meeting of the G-23 on March 16 said the "only way forward for the Congress was to adopt a model of inclusive and collective leadership and decision making at all levels."

The sources in the G23 said they want to strengthen the Congress and "not undermine it in any way".