Advertisement
Home / India / This Christmas, a ‘thief’ who can bless us
Raju's choice helped nail the killers of Sister Abhaya

This Christmas, a ‘thief’ who can bless us

If he testified against the suspects in the high-profile murder of a nun in a Kerala convent, he would have to incriminate himself by confessing he had been at the site to steal 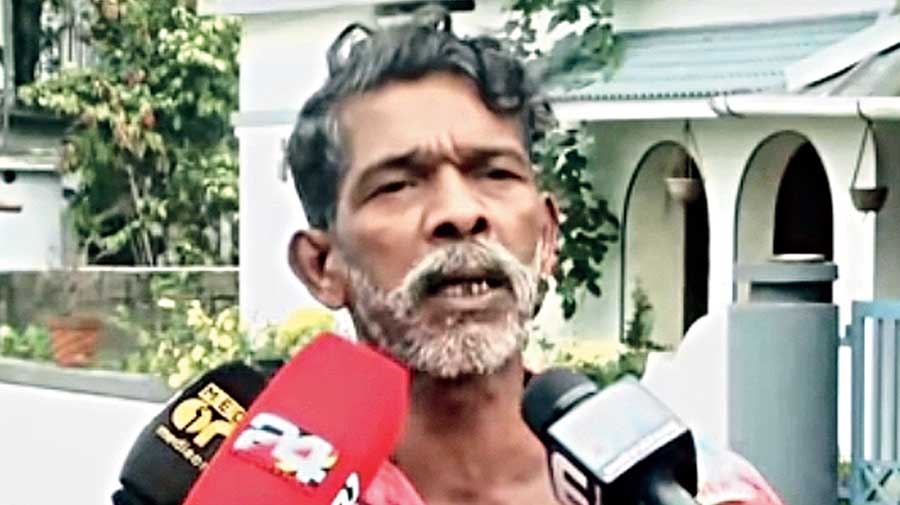 This Christmas, Kerala is celebrating a reformed thief who is being equated with God’s signature and who has emerged holier than some of the men who wear the cloth.

Raju, then a petty thief, faced a difficult choice 28 years ago.

If he testified against the suspects in the high-profile murder of a nun in a Kerala convent, he would have to incriminate himself by confessing he had been at the site to steal.

The choice he made in 1992 has now helped nail the priest and nun who killed Sister Abhaya and turned him into the toast of Kerala.

It is a mere coincidence that the verdict was delivered three days before Christmas. The coincidence --- and the role of a section of the Church -– prompted many to circulate the searing Malayalam lines penned by  Balachandran Chullikkadu, one of the most renowned poets in Kerala, that have been reproduced at the start of this report.

An inadequate translation: “Jesus, the thief who died with you on the cross is the only one who stood firm as witness to your justice.”

Even the special CBI court that delivered the verdict and sentence acknowledged that Raju “may have been a thief, but he was and is an honest man... (and) a speaker of truth nonetheless”.

Its judgment noted how Raju had stuck to his statement amid intimidation and blandishment. It said the police had held Raju in custody for 58 days, tortured him and implicated him in 40-odd theft cases, while offering him lakhs of rupees, a new house, free education for his daughters and a job for his wife if he changed his testimony.

But Raju stood firm throughout as successive administrations went slow on a case that involved the reputation of the Church. The case passed from the district police to the crime branch, which claimed suicide, and to the CBI, which tried to file three closure reports.

Eventually, under court directions, the accused were arrested and the trial began last year.

“They tried to lure me with all kinds of things,” the now sixty-something Raju said after Tuesday’s verdict, “but I have two daughters.”

Sister Abhaya, 19, a Class XII student of BCM College in Kottayam, had been found dead in a well at the St Pious X Convent hostel in Kottayam on March 27, 1992.

After waking at 4am to prepare for an exam, she had gone down to the kitchen and allegedly seen a nun, Sister Sephy, in a compromising position with Father Thomas Kottoor, Abhaya’s college lecturer.

They strangled and hit Abhaya on the head with a small axe before dumping her, still alive, into a well. On Tuesday, a special CBI court convicted Kottoor and Sephy of murder and, on Wednesday, handed them life terms. Father Jose Poothrikkayil, another accused and a lecturer in the college, was acquitted for lack of evidence.

Raju, who came forward on his own to testify, admitted to stealing copper strips from the lightning arrester on the convent’s rooftop on two successive nights.

On the third night, he said, he saw two men approach the staircase of the convent with flashlights shortly before the time Abhaya was murdered. He identified one of the men as Kottoor.
A local activist who had waged a long battle seeking justice for Abhaya, described Raju’s presence at the site as divine intervention.

“God appeared as Adakka Raju and became an eyewitness,” Jomon Puthenpurackal said. (Raju had earned the nickname “Adakka” or betel nut from his practice of raiding betel groves at night.)

The court said: “It is noteworthy that PW3 (prosecution witness 3 — Raju) was subject to continuous, severe and gruelling cross-examination by two lawyers for two long days, but he, uneducated and untrained though he was, stood his ground.”

He “may have been a thief, but he was and is an honest man, a simple person without the need to dissemble, a human being who became a professional thief by the force of circumstances, but a speaker of truth nonetheless”, it added.

As for the theft cases against Raju, the courts threw them out for lack of evidence.

Raju says he quit theft and took to manual labour after becoming a witness in the Abhaya case. He now refers to Abhaya as his daughter.

Abhaya’s parents died about four years ago and her brother works in Dubai.

“So I’m talking as her own father. I’m very happy. Today I’ll drink in joy,” Raju told reporters on Tuesday.