Shot dead after bribe finger at superintendent of police

Mahoba district SP Mani Lal Patidar and inspector Devendra Shukla have been suspended and charged with the murder of Indra Kant Tripathi, 50, but not yet arrested 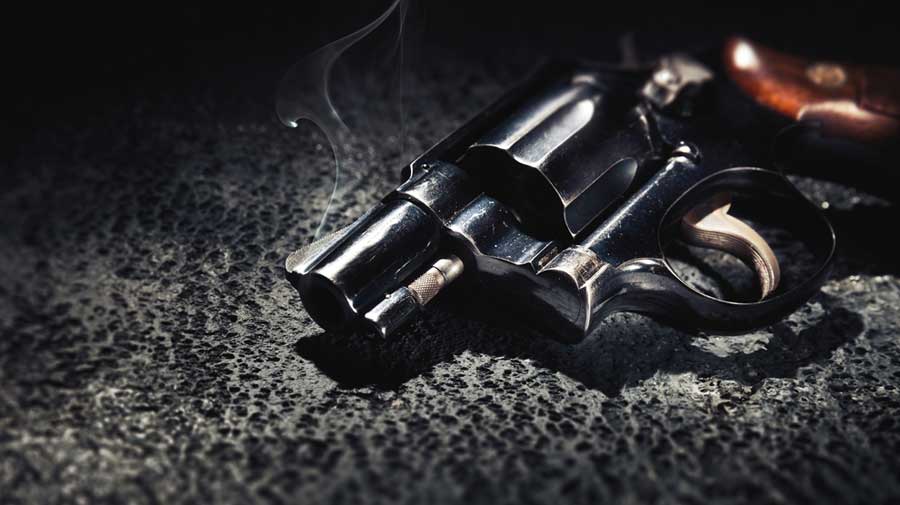 On September 8, Indra Kant was found unconscious in his car on a highway, with two bullets in his spinal cord. He died at a Kanpur hospital on Sunday.
Shutterstock
Piyush Srivastava   |   Lucknow   |   Published 15.09.20, 01:12 AM

A stone-crushing plant owner has been shot dead after purportedly uploading a video accusing an IPS officer of extortion and death threats, prompting his family to demand the cop’s arrest and an inquiry by a central agency.

Mahoba district superintendent of police Mani Lal Patidar and inspector Devendra Shukla have been suspended and charged with the murder of Indra Kant Tripathi, 50, but not yet arrested.

A video circulated on WhatsApp on September 7 showed a man resembling Indra Kant accusing Patidar of demanding money from him every month and threatening to kill him in a police “encounter” if he didn’t pay up.

“Mani Lal Patidar is involved in extortion from me. He and police inspector Devendra Shukla will be directly involved if anything happens to me,” the man in the video says.

On September 8, Indra Kant was found unconscious in his car on a highway, with two bullets in his spinal cord. He died at a Kanpur hospital on Sunday.

Patidar, a 2014-batch IPS officer, and Shukla were suspended on September 10 and 11, respectively.

They have been charged with murder, extortion and criminal conspiracy along with the unidentified shooters and Suresh Soni and Brahm Dutt Tiwari — suppliers of explosives to Indra Kant’s quarry who allegedly passed on the death threats to the businessman.

“Patidar wanted my brother to give him Rs 6 lakh every month,” Indra Kant’s brother Ravi Kant told reporters in Mahoba on Monday.

“My brother not only released several videos but wrote to Prime Minister Narendra Modi and chief minister Yogi Adityanath several times. He would have been saved had the government reacted in time.”

He added: “Patidar has been suspended but he is an IPS officer and can easily influence the investigation. He should be arrested immediately and the probe should be handed over to a central agency.”

Indra Kant had paid Rs 5 lakh to Patidar in June and again in July but couldn’t do so in August, and the officer began threatening him, Ravi Kant said.

Indra Kant’s son Krishna said: “The SP can get his men to kill our entire family. Although we have got security from the state government, it won’t be of any use if an IPS officer is behind the conspiracy.”

Prem Prakash, an additional director-general of police who is probing the case, said: “The inquiry is proceeding in the right direction. The guilty won’t be spared. The family’s security is our responsibility.”