Shift to government schools in villages

Financial stress cited for trend away from private education since 2018 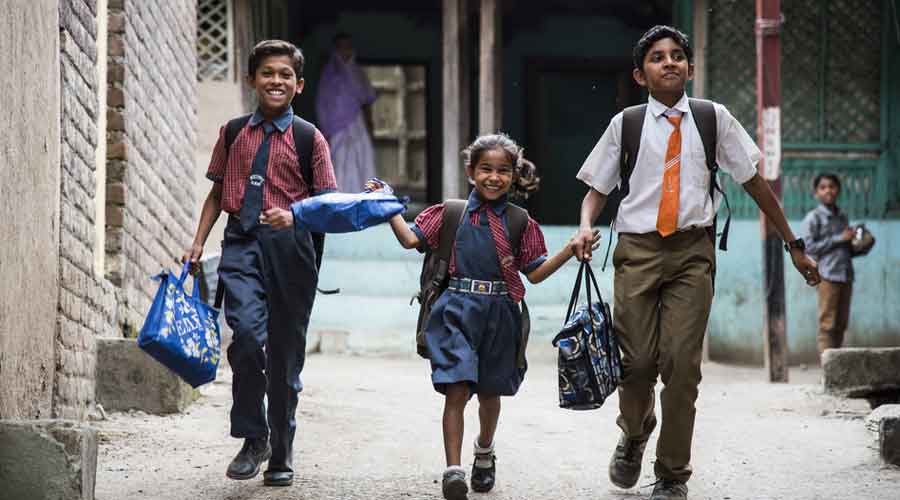 Enrolment in government schools has risen at the expense of private schools in the villages over the past two years, reversing the previous years’ trend, a survey has found.

The finding suggests that the financial stress caused by the pandemic may be prompting parents to choose public-funded education for their children.

Although physical classes have been closed since the lockdown began in March, school enrolment has taken place.

The 2020 report on rural school enrolment found 66.4 per cent of the boys and 73 per cent of the girls on the rolls of government schools — a rise of over three percentage points.

“There has been a clear shift from private to government schools between 2018 and 2020, in all grades and among both boys and girls,” the report said.

“Reasons may include financial distress in households and/or permanent school shutdowns among the private schools.”

Parents’ failure to pay fees during the pandemic has forced many private schools to shut down across the country.

One possible explanation is that with the schools closed and classes being held entirely online, many among the very young children have not bothered to secure admission to Class I.

The survey found that 80.5 per cent of the schoolchildren had textbooks. The figure was higher — 84 per cent — at government schools where textbooks are distributed free to all, compared with 72 per cent at private schools.

As for smart phones, the ASER 2018 had found that 36.5 per cent children — 29.6 per cent at government schools and 49.9 per cent at private schools — had access to these devices.

This year’s survey, however, recorded a leap to 56.4 per cent in government schools, 74.2 per cent in private schools and 61.8 per cent overall, implying the shift to online education had prompted parents to invest in smart phones for their children.

Sixty-one per cent children in both the government and private schools have access to educational programmes on television.

The latest survey also showed that regardless of the parents’ education level, families were putting in significant effort to support their children’s learning. Almost three in four children were receiving help, in some form or other, from their family members as they tackled online classes and homework.