Advertisement
Home / India / Shaheen Bagh: Government didn’t care for us till now. Will it, if we shift?

Shaheen Bagh: Government didn’t care for us till now. Will it, if we shift? 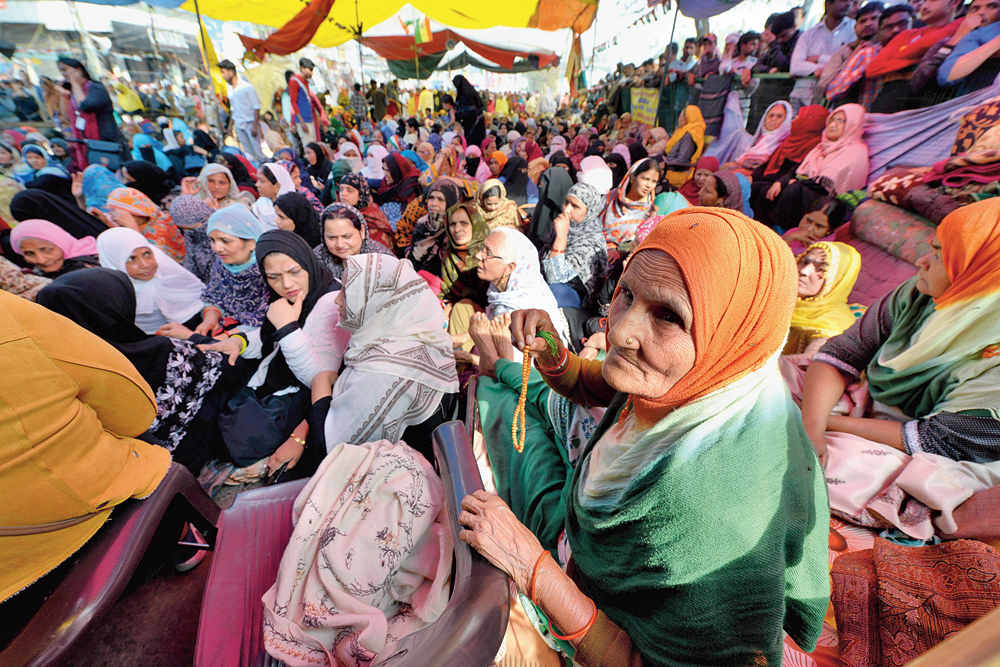 The interlocutors sent by the Supreme Court were welcomed at Shaheen Bagh on Wednesday with a standing ovation from the longest running women-led agitation against the new citizenship matrix.

The open discussions that followed suggested little room for negotiations as the protesters conveyed their well-known concern that they had no hope of the government repealing the Citizenship (Amendment) Act (CAA) if they moved the vigil elsewhere.

Woman after woman, both Muslim and Hindu, took the mic, some of them breaking down, and repeated: “If the government does not care for us when we sit on the road, will they care for us if we protest elsewhere?”

Bilkis Bano, an 82-year-old grandmother, summed up their mood: “The (home) minister says he won’t move an inch back on the law (the CAA). We also won’t harm a hair on anyone’s head, but we won’t move until the law is removed…. Hamne Angrezon ko bhagaya tha, tum kya cheez ho (We chased the British away, what are you)?”

The agitation had begun a few hours after the police went on the rampage in Jamia Millia Islamia university following arson at an anti-CAA rally nearby. Several were seriously injured, and one student has lost vision in an eye. CCTV footage showed police attacking unarmed students and breaking CCTV cameras.

Supreme Court lawyers Sanjay Hegde and Sadhna Ramachandran visited the site on GD Birla Marg for the first time as part of the court’s attempt at mediation to ascertain if the protesters on the arterial road that connects south Delhi to Noida were willing to move to an alternative site. 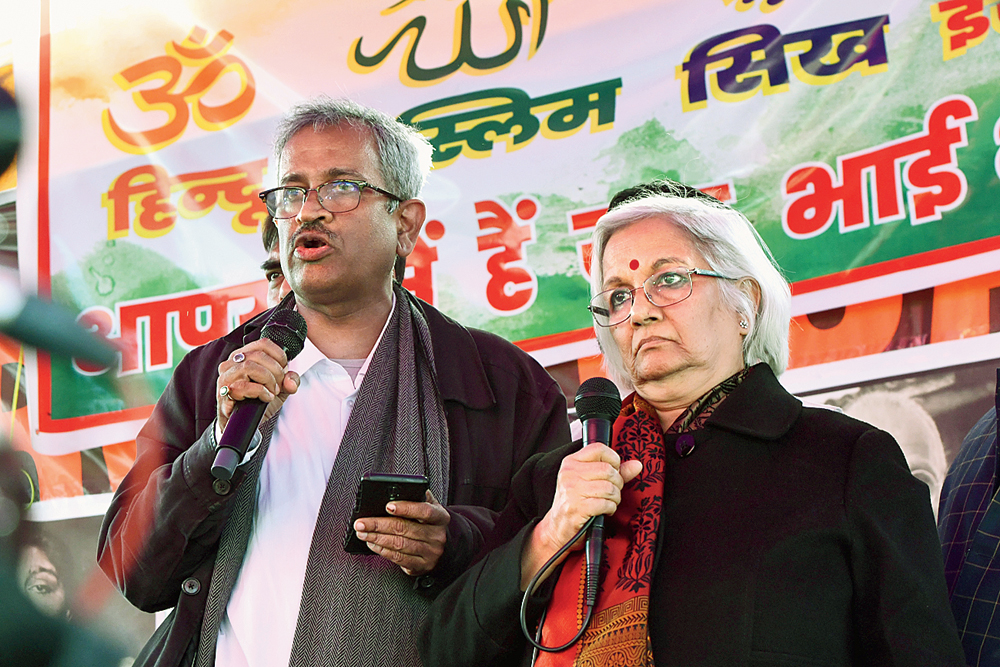 Initially, the 500-odd women at the spot did not heed the interlocutors’ requests to make TV channels move away. But they eventually relented, after which Hegde read out the judgment in English and Ramachandran summarised it in Hindi.

“I believe we will find a situation that becomes an example for the rest of the world,” Ramachandran added.

A veiled student, identified by others as Zainab, broke down and asked the interlocutors to appeal to the court to grant them the right to euthanasia instead. “People are dying in detention camps…. A former President’s (Fakhruddin Ali Ahmed’s) family is out of the National Register of Citizens…. Who are they to question our existence? The Pakistan we rejected in 1947 is being made here today,” she cried out.

Sarvari, one of the aged women, said three smaller roads currently barricaded by police can first be opened to ease the flow of traffic. Another woman, Nazia, demanded a guarantee of security from physical attacks on the protest if they restored access to one carriageway.

Protester Ritu Kaushik said: “Shifting would be a betrayal of all protests in the country that were inspired by us. We will never betray the movement…. We hope the court considers our demand (of rolling back the new citizenship matrix) in public interest.”

The interlocutors left after more than an hour and promised to continuously visit the place over the next four days, after which they would reply to the court. The intervener in the case, Wajahat Habibullah, visited the site later and advised the protesters to pour their heart out in the days to come and find a solution.

In a video statement, after the meeting, Ramachandran and Hegde said that they “remain extremely hopeful for a resolution”.