Rail fracture in Vaishali the reason for accident, say officials 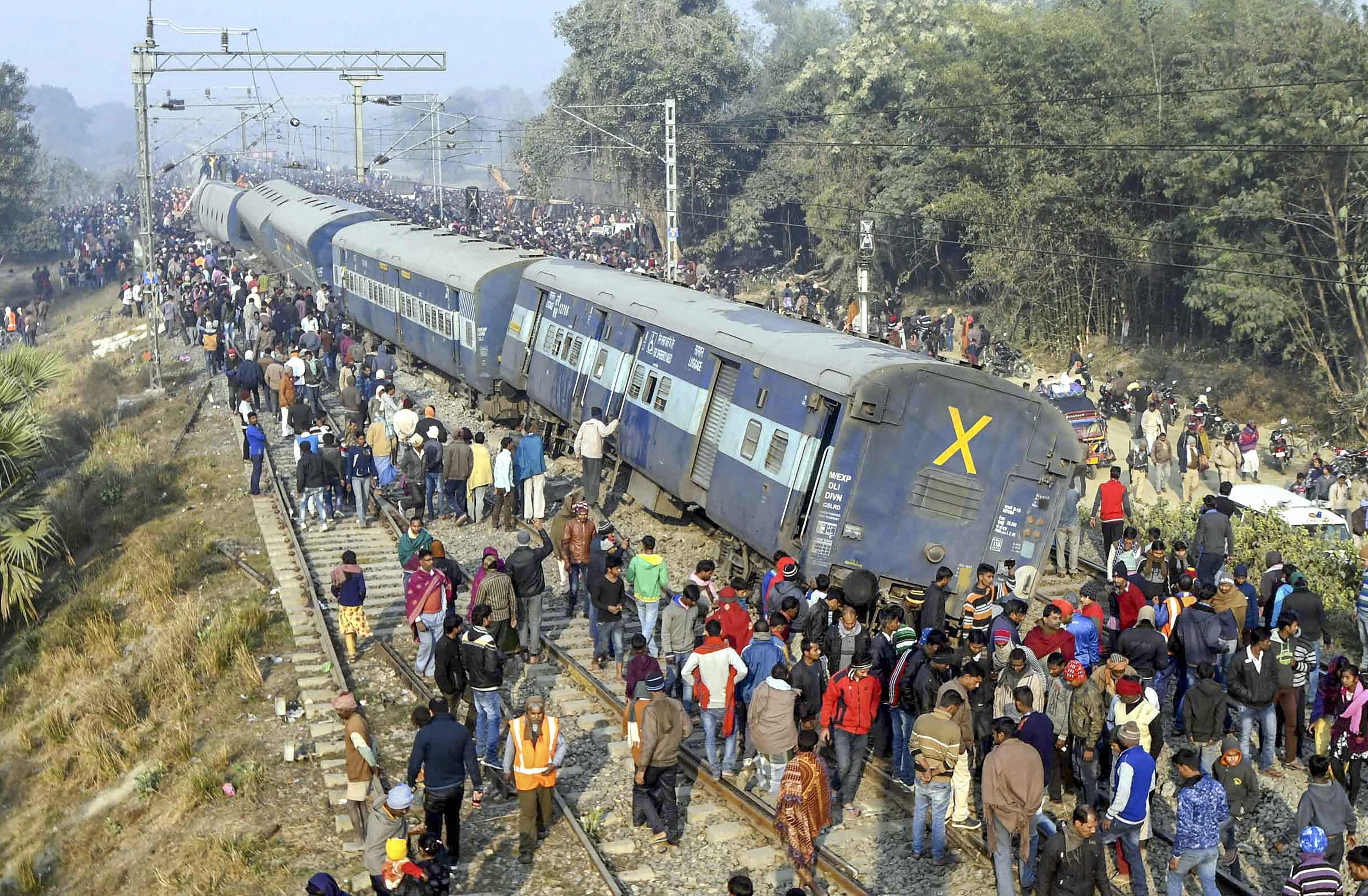 At least seven passengers died and 29 were injured when a rail fracture caused 11 bogies of the Delhi-bound Jogbani-Anand Vihar Seemanchal Express to jump tracks in Bihar early on Sunday, railway and police officials said.

The express started from Jogbani in Kishanganj district and the accident happened in Vaishali district around 4 am.

The chief public relations officer of the railways' east central zone, Rajesh Kumar, said the accident spot is around 80 km from Patna. One general coach, one AC coach (B3), three sleeper coaches - S8, S9, S10 - and six more coaches have got derailed.

Of the 29 wounded, two have suffered serious injuries, the GRP said. The seriously wounded passengers have been taken to Muzaffarpur and Patna hospitals.

Railway minister Piyush Goyal has announced Rs 5 lakh ex-gratia to the families of each of the deceased, Rs 1 lakh each to the seriously injured and Rs 50,000 each to those who suffered minor injuries.

The 12 unaffected bogies carrying 500 passengers left for Danapur at 9.52 am, where 11 coaches will be added to the train.