'My intention was not trivialise or make light of the heinous crime, but an off the cuff remark' 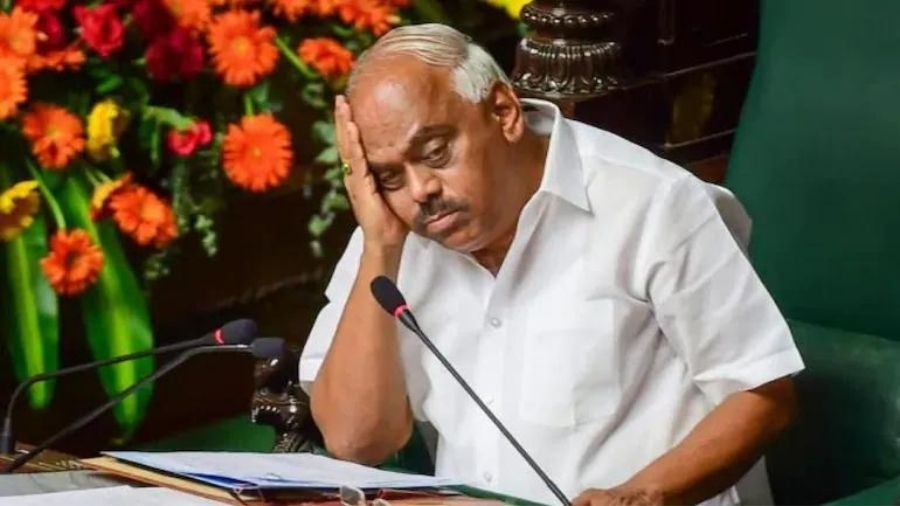 Senior Congress MLA and former Karnataka Assembly Speaker K R Ramesh Kumar, who had courted controversy by saying "enjoy rape when it is inevitable" inside the Karnataka Assembly, apologised for his 'off the cuff remark' on Friday.

"I would like to express my sincere apologies to everyone for the indifferent and negligent comment I made in today's assembly about 'Rape!' My intention was not trivialise or make light of the heinous crime, but an off the cuff remark! I will choose my words carefully henceforth!" Ramesh Kumar tweeted.

During the discussions on rain and flood related damages in the Karnataka assembly on Thursday, many MLAs wanted to speak to highlight the plight of people in their constituencies.

Speaker Vishweshwar Hegde Kageri found himself in a fix as he wanted to wind up the discussion at the earliest whereas the MLAs were insisting to extend the time.

"I am in a situation where I have to enjoy and say 'yes, yes.' That's it. This is what I feel. I should give up controlling the situation and take the proceedings in a systematic manner, I should tell everyone to continue your talks," Kageri said laughing.

He explained that his only grievance is that the business of the house is not happening.

Ramesh Kumar intervened and said, "See, there is a saying- when rape is inevitable, lie down and enjoy it. That's exactly the position in which you are."

The former minister came under fire from various quarters including the MLAs from his own party for his statement.

The Congress party's Khanapur MLA Anjali Nimbalkar took a strong view of it.

She tweeted, "The House shall apologise to entire womanhood, every mother, sister & daughter of this nation for such an obnoxious & shameless behaviour."

Another Congress MLA Sowmya Reddy too denounced the statement in her tweet: "This is just NOT ok. There needs to be an apology."

The chairperson of the National Commission for Women Rekha Sharma flayed the statement in her tweet.

She said, "It is extremely sad and unfortunate that we still have public representative who are misogynists and have horrible mindset towards women.

It's really disgusting. If they sit in assemblies and speak like this how they must be behaving with women in their lives?"