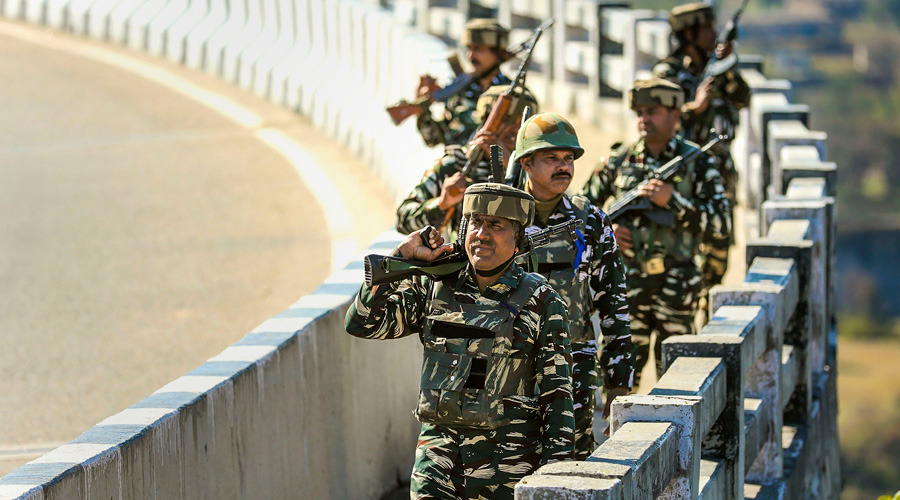 Concerns over the security forces’ human rights record in Jammu and Kashmir have raised a barrier before Germany’s small arms exports to India.

German regulations and covenants restrict, and often prohibit, arms sales to nations or regions where their use might cause direct or collateral damage to civilian populations and institutions.

Two Indian security officials familiar with the bar on German small arms producers said these companies had failed to obtain export licences from their government on account of the “poor human rights record” in Kashmir.

Defence ministry spokesperson Bharat Bhushan Babu did not respond to messages sent by this reporter.

An Intelligence Bureau official said a Belgian arms manufacturer too had recently walked out of a deal to supply arms to India’s army amid concerns in the Belgian government that the weapons would be used in Jammu and Kashmir.

Reports have said that German arms manufacturer Heckler and Koch, whose MP5 submachine guns have been part of the armoury of the National Security Guards (NSG) and Marine Commando (Marcos) units, has withdrawn from the Indian market saying it lacked approval from the German government.

“After being rebuffed by Germany, the defence ministry has decided to procure US-made assault rifles,” a security official said.

The SFF was raised in 1962 with Tibetan refugees for covert operations behind Chinese lines. It is part of the RAW (the external intelligence agency) set-up but, when deployed with the army, it comes under the military’s operational control. The army prefers to keep the relationship under wraps.

In November 2019, three months after the Centre had revoked Jammu and Kashmir’s special status and restricted movement and communication, Germany had expressed reservations about the clampdown and concern for the people of the region.

A defence ministry official recalled that Germany had, during the Kargil conflict of 1999, halted technology transfer for India’s indigenously made Advanced Light Helicopter Dhruv and withheld replacement parts and supplies for German equipment.

India was the world’s second-largest importer of major arms between 2014 and 2018 and accounted for 9.5 per cent of the global imports, according to a report published by the Stockholm International Peace Research Institute in 2019.

According to the report, Russia accounted for 58 per cent of Indian arms imports between 2014 and 2018, while Israel, the US and France too increased their arms exports to India during this period.